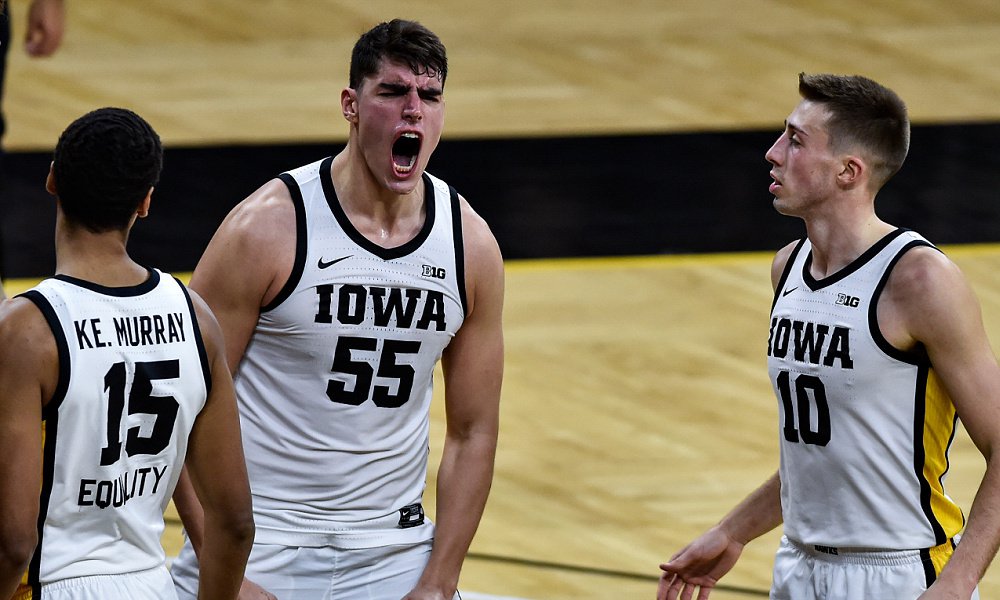 Top-ranked Gonzaga goes tonight in NCAAB action but their undefeated record looks pretty safe against Santa Clara. Even if Steve Nash was still playing for the Broncos, I am not sure they would pose much of a threat to the Zags this season.

The game of the day is Iowa vs. Michigan in Ann Arbor. The Wolverines are off a classic win over Ohio State last Sunday and if they are off their game just a bit the Hawkeyes, featuring Luka Garza, could knock them off.

Here is a closer look at games featuring top teams.

Santa Clara is a mid-level WCC team this season. The year is almost over though and they have yet to have their Gonzaga experience. They are only going to get one this season so they are a little lucky in that regard but heading to the “Kennel” is going to be pretty rough. There is nothing we have seen from the Broncos to indicate they are ready for it. Their only tilt against strong competition was a loss at USC by more than 20 points.

The Zags have been great all season. I know they are playing light teams right now but it is possible they are peaking as they have covered their last three in a row, something they have not done all year. They have scored over 100 points in two of their last three and have now done that in more than 20 percent of their games. This number is massive but they just demolished San Diego with a similar spread.

As I have written before I am not going to fade Gonzaga just because the numbers are huge.

For Iowa’s sake, it’s nice that they’re getting this game now and not a couple of weeks ago when they were scuffling. They are back to winning and should come to Michigan with a good level of confidence. Luka Garza just became the all-time leading scorer for the program and he is even more efficient than he was a year ago. Iowa has been giving up fewer points in their recent wins but I think that is more a product of playing some lighter offenses of late. Their defense is always the key.

Michigan looked really good in winning at Ohio State on Sunday. That was probably the best basketball game of the season and they came out on top after being pushed. I was impressed with how complete this team is and how they never seem to panic. Hunter Dickinson is going to have to slow down Garza and vice versa. I think he can play that matchup to a stalemate and that flips things in favor of Big Blue for sure. That seems to be a common sentiment as the line has moved.

Western Kentucky upset Alabama back in the early part of the season, on the road. Alabama might not have been then what they became but that was a signature win that I feel like many forgot about in setting up this line. Western Kentucky is the top team in Conference USA and in Chris Bassey, they will have the best player on the court tonight. They are not just likely to cover, I think an upset is a real possibility.

Despite the above, I still like this Houston team a ton. After a loss to Wichita State they put on a clinic while beating Cincinnati at home over the weekend. They have yet to lose in their own building this season and when they are rolling on offense and defense you hardly notice that nobody on the floor is taller than 6’8”. I think you are going to notice that in this one.

USC bounced back beautifully from their surprising loss to Arizona last week by smothering a good Oregon team in a tidy win at home. Now they hit the road to close the season and if they win out, I believe they capture the regular season PAC 12 title. The last time that happened was the 1984-85 season. One thing to keep an eye on here is the availability of Evan Mobley, who is questionable. He was a rare nonfactor against the Ducks but they need him most of the time.

Colorado is a team that always leaves me wanting more. When I see them play I think this is a team that should have three losses, not seven and could easily, with the on-court leadership of McKinley Wright IV, be in the Sweet Sixteen. They have the talent if they can just put it together for more than a couple of games. Speaking of Wright, I am not sure what is up with his shooting this season. He is at a four-year low behind the arc and they need him to get and stay hot.