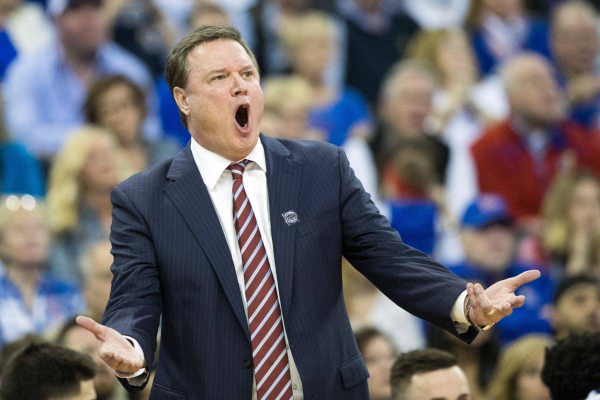 We have turned back the clocks, the air is crisp and the leaves are changing colors which can only mean one thing…basketball season is upon us.  As the college basketball season sets to kick off, we are getting treated to a high caliber matchup right off out of the gate. On Tuesday, the Michigan State Spartans (ranked 10th in the nation) will travel to Bankers Life Fieldhouse in Indianapolis to take on the Kansas Jayhawks (ranked 1st in the nation).  As part of the Champions Classic, Tom Izzo and the Spartans will look to take down a loaded Kansas team, led by Bill Self.  Tipoff for this one is scheduled for 7:00 pm ET.

The Kansas Jayhawks are opening as 6-point favorites in this one.  Even though they are technically the home team, this game will be played at a neutral site, possibly even a slight advantage to a Michigan State crowd.  The over/under on total points scored is set for 156.

Spartans Hope The Road To The Final Four Starts Tuesday

In this matchup, you have contrasting rosters when comparing Kansas and Michigan State.  While Kansas will rely on transfers and one-and-done type players, Michigan State has more of a veteran lineup to them.  After losing lottery picks Miles Bridges and Jaren Jackson Jr., the Spartans will be relying on a trio of juniors to lead the way.  Guards Cassius Winston and Joshua Langford, as well as 6’9” big man Nick Ward will be leading the way. Seniors Kenny Goins and Matt McQuaid, sophomore Xavier Tillman, and freshman Aaron Henry will likely round out the main rotation for Michigan State.

With Bridges and Jackson gone, though, the club is going to have to rely mostly on Ward, Langford and Winston.  Last year, Ward averaged 13 points, 7.5 rebounds and 1.5 blocks per game. Langford averaged 12.2 points, 2.6 rebounds and 1.7 assists while Winston averaged 12.5 points, 3.4 rebounds and 6.9 assists.  While the ceiling for the Spartans might not be as high as that of Kansas, their floor, particularly with the veteran leadership that the team has, is awfully high.

Kansas Locked And Loaded For Season

Year in and year out the Kansas Jayhawks are loaded with high ceiling, high caliber players.  This year is no different. In addition to some of the returning players, Kansas has brought in not only five-star freshmen recruits in guards Quentin Grimes and Devon Dotson, but they also brought in Memphis transfer Dedric Lawson, who is already considered a leading candidate for player of the year.  At Memphis, he averaged a double-double with 19 points and 10 rebounds as a sophomore. Now, put him in a stacked Jayhawks lineup and the sky is the limit. In addition to Lawson, they also brought in Charlie Moore, who could be their starting point guard, from Cal.

Some of the returning Jayhawks include Lagerald Vick, who averaged 12.2 points, 5 rebounds and 2.4 assists last year as well as big man, Udoka Azubuike.  Standing at 7-feet tall, Azubuike averaged 13.7 points, 7.1 rebounds and 1.8 blocks per game last season. It will be especially interesting to see how Michigan State’s Nick Ward does against the size and length of Azubuike.

I always struggle with opening night matchups like this one.  When it comes to sheer talent, I like Kansas far and away more than Michigan State. The ceiling that some of their players has will likely mean the NBA lottery next year.  The problem, though, is early in a season, sometimes experience has the upper hand. With Michigan State returning several players from last year’s squad that could prove beneficial.  Still, I ultimately refer back to talent and frankly, Kansas’ forward Dedric Lawson will be the most talented player on the floor Tuesday night. I think he might have a nice little introduction game for a Kansas team that will set out to prove they are deserving of their number one ranking. Take the Jayhawks in this one.