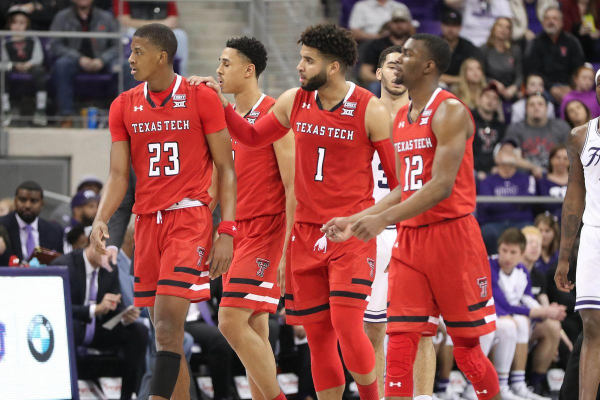 It is a Big 12 matchup on Wednesday when the Iowa State Cyclones (12-4, 2-2 in the conference) travel to the United Supermarkets Arena to take on the Texas Tech Red Raiders (15-1, 4-0).  For Iowa State, the talent is there but they have had a lot of trouble finding consistency from night to night.  Earlier this month they stunned the Kansas Jayhawks 77-60, but then fell this last Saturday to the KansasState Wildcats 58-57.  They will look to get back on track against a really tough Red Raiders team.  For Texas Tech, they have won 5 games in a row since losing to Duke 69-58 prior to Christmas. They will look to build on their Big 12 lead if they can take down the Cyclones at home.  Tipoff for this one is scheduled for 9:00 pm ET.

In this contest, the Texas Tech Raiders come in as 5-point favorites playing at home.  The over/under for total points scored is set at 132.5.

Defensively, Texas Tech is one of the best in the country. They rank 2ndin the nation, allowing an average of just 54 points per game.  They rank 1stoverall in opponents field goal percentage, holding opponents to just 33.8% from the field.  Furthermore, they rank 27thin the country in turnover ratio at 3.8.  To their credit, Iowa State is also pretty solid on the defensive side.  They are allowing an average of 64.6 points per game (33rdin the nation) and are holding opponents to just 40.4% shooting (52ndin the nation).

Offensively, Iowa State has been the better of the two teams. They are averaging 79.8 points, tied for 55th.  They can be especially deadly from behind the arc, averaging 8.9 threes per game (79thin the NCAA).  Texas Tech, on the other hand, comes in at 209th, scoring an average of 72.7 points per game.

Iowa State Looking For Another Signature Win Over Top-10 Team

Beating Kansas showed the nation that Iowa State has enough talent to run with almost anyone in the country when they are clicking. Their inconsistency, though, is why they are not as feared as they could be.
The Cyclones are led by senior guard, Marial Shayok.  On the season, he is averaging 19.4 points, 5.4 rebounds, 2.1 assists and 1.1 steals in 31.8 minutes of work.  He is also shooting 51.8% from the field, 85.7% from the free throw line and 38.5% from behind the arc.

For Texas Tech, they are trying to stay undefeated in the Big 12 and show that they are deserving of a top-10 ranking.  The Red Raiders have been led by Jarrett Culver. The sophomore guard is averaging 18.7 points, 6.4 rebounds and 4.1 assists per game.  He is also shooting 56.3% from the field and 38% from behind the arc. The only other scorer in double-digits is Matt Mooney who is averaging 11.4 points, 4 rebounds, 2.9 assists and 1.9 steals per game.

Aside from these two, the next two leading scorers are Davide Moretti (9.8 points, 1.9 rebounds, 2.3 assists, 1.3 steals) and TariqOwens (8.1 points, 5.1 rebounds, 2.6 blocks).  The lack of dominant scorers just shows all the more why their defense is so important, and how good it really is.

While offense comes and goes, defense almost always plays.  Both of these teams play solid defense, but Texas Tech is on a different level, allowing only 54 points per game.  Iowa State is more than capable of having one of those offensive outbursts, especially from beyond the arc, but for my money, I like my chances on Texas Tech putting the clamps down and holding Iowa State in check.  Especially playing at home, I am taking the Red Raiders despite laying the 5 points in this one.