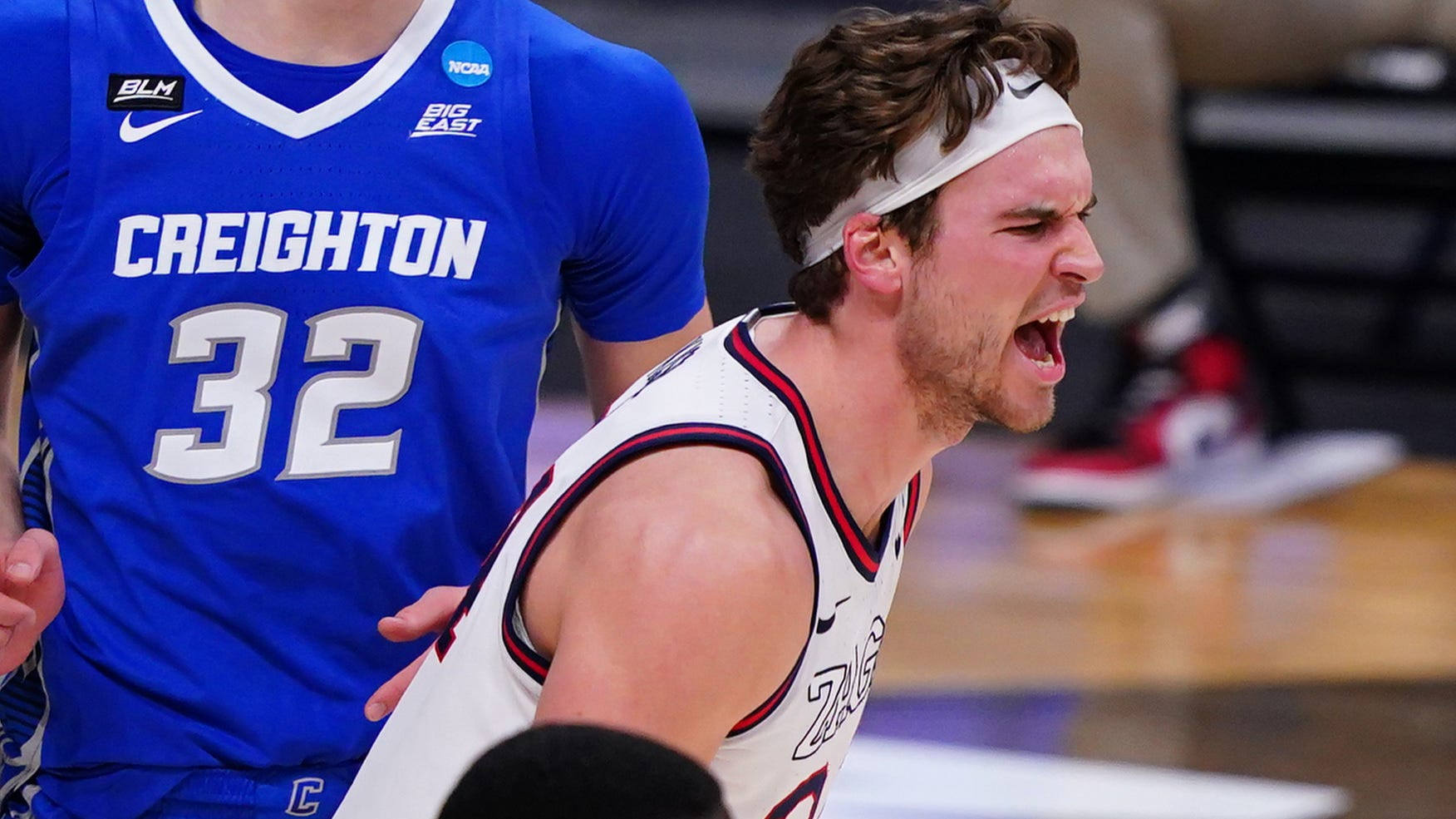 March Madness is now down to only six teams, and after tonight it will be down to the last four. The big question for today’s two regional finals is whether or not both #1 seeds will advance or if the Pac-12 will be able to crash the Final Four party.

Last night, the Pac-12 got their first crack at having a Final Four team, but Oregon State’s Cinderella March Madness run came to an end. The Beavers fought hard, but Houston was the better team. Tonight the league is going to be in tough spots again as underdogs to two top title contenders. UCLA has been a great story and could reasonably take down Michigan. Meanwhile, USC has to tangle with top-seeded and top-ranked Gonzaga. They should be able to compete. If the Trojans can win, would that make them title favorites?

The beat goes on for the Zags. They hardly played their best game against Creighton but they still won by 18 points. That is impressive, but they have been all season long. Now they are facing a more talented and taller team that should be able to give them a game. That is why we are seeing the Bulldogs favored by less than 10 points for the first time since the day after Christmas.

Gonzaga is so efficient offensively this season, but compared to teams they have had in the past they might be a little small. Drew Timme, who has been their best player in the Tournament is only 6’10”. They often play with more size than that, so it will be interesting to see if it is a factor.

Can USC Outmuscle Gonzaga With Its Size?

No team in the county has size like USC. They regularly play two seven-footers and they are not space cloggers. One is likely lottery pick Evan Mobley, the Pac-12 Freshman and Defensive Player of the Year. The other is his brother Isaiah, who is just as long but slightly less skilled. USC plays a lot of zone defense, and with those two it is very hard to get good looks at the basket. Even with Timme, you can make an argument that USC has an advantage inside. On the perimeter, Gonzaga has the edge. It is not that USC is bad, but it is hard for anyone to compete with Gonzaga out there.

Lines this small have not been common for Gonzaga this season. This will be just the fifth time they are favored by less than 10 points this season. In the previous four, they are 4-0 SU and 3-1 ATS so they have no problem beating good teams. In those three ATS wins they won by at least 10 points too.

Gonzaga presents a unique challenge because they are the top offensive team in the country. Many have tried and failed in slowing things down, which is what USC will likely try to do. If you can’t score 75 points against the Zags you probably don't have much of a chance. That will make this one an interesting chess match between two good coaches in Mark Few and Andy Enfield.

It looked like UCLA’s fantastic story would end against Alabama, especially once the Crimson Tide forced overtime. Instead, the Bruins stayed strong, dominating the extra period to move on.

From what we have seen over them over the last four games there is no reason to think they are going to wilt against Michigan. The thing to really like about UCLA is they don’t mess around too much. They know what guys they want to handle the ball and take the shots. They may not have Mick Cronin’s defensive mentality yet but are following the same path he set at Cincinnati.

A Complete Michigan Team Has Many Advantages

Michigan may not be the best team left, but they are the most complete. They have talent for sure, plus size and experience. They have a senior point guard in Mike Smith and a beast inside in Hunter Dickinson. Their role players have been great as well. Juwan Howard has been really sharp in creating opportunities for players to do what they do best.

Michigan is a sneaky good defensive team. Guys like Franz Wagner and Chaundee Brown really get into their guys and the team is really good positionally. If those two limit Johnny Juzang and Jaime Jaquez, Jr., it is going to be tough for UCLA to find enough scoring to keep up.

The line on this one is acknowledging the many advantages that Michigan has. It seems like all season long Howard has been in tune with his guys and not squeezing too hard in the moment. UCLA definitely has “it” right now, but that can be squashed pretty quickly by Michigan if they are able to play a tight 10 minutes to get started. They always seem to know how they want to attack, which should lead to success. A first-half play looks sharp right now, and so does a full-game play. One thing we have seen from the Wolverines all season is that they excel at pulling away late, which should help them cover once again.