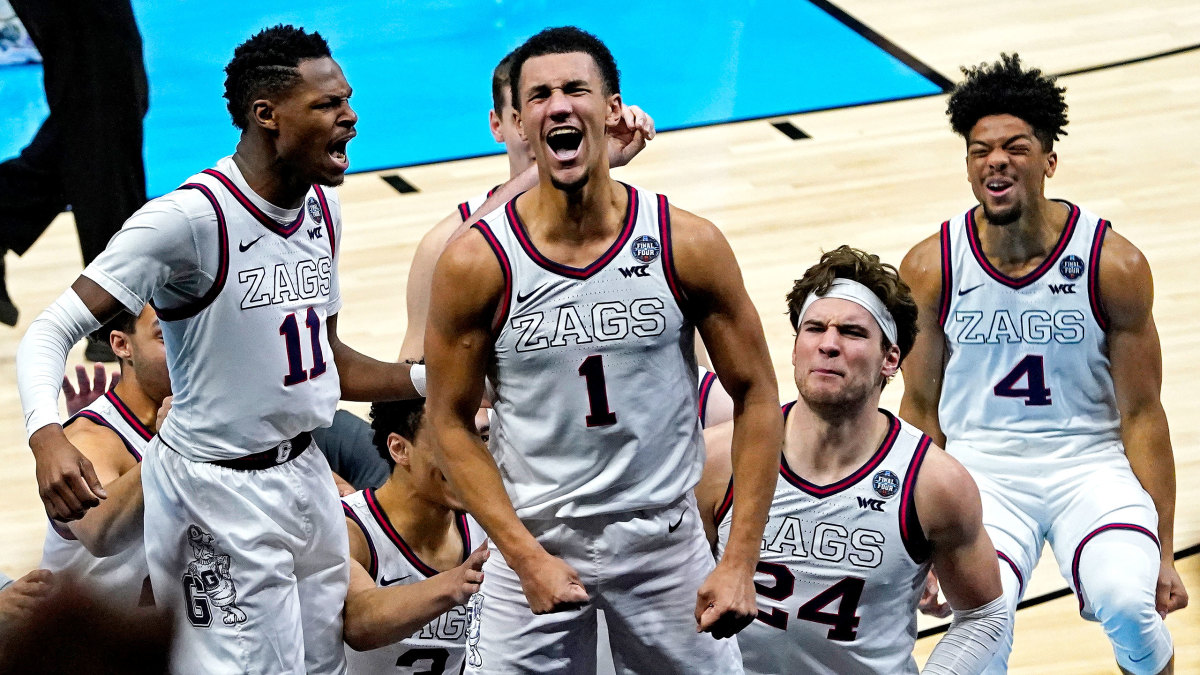 After one of the most interesting seasons we have ever seen we finish with the Gonzaga vs Baylor matchup that many expected and hoped to see. It may or may not be a triumph depending on your interests, but at the very least we aren’t being cheated.

All season long Gonzaga has been at the top of the polls and is looking to complete a perfect season. Baylor also looked unbeatable until a COVID pause threw off their rhythm, but no other team emerged as a viable #2 team. Now we get to finally see which team is best after December’s scheduled #1 vs #2 matchup did not happen. That may be a good thing at this point, as the unknown creates a little more drama for Monday night.

I suppose we have to start by acknowledging that UCLA nearly ruined the script. Challenged for the first time in 2021, Gonzaga nearly fell to the Bruins on Saturday night. Yes, the game went to overtime and was won by the Bulldogs in dramatic fashion, but the favorite, not the underdog, was the team of destiny. It was a well-played game on both sides, and the Bruins just didn’t wilt the way many Gonzaga opponents do.

What was impressive for Gonzaga was that they won again without a significant contribution from Corey Kispert. Jalen Suggs was the hero and Drew Timme is one of the craftiest scorers in NCAA Tournament history. But Kispert has not been himself over these last few games. The fact that they have been winning has shown just how deep this team really is. With Baylor being the best team they face they will need Kispert to be more impactful. One good thing is that he has been playing within the team and not forcing the matter.

Baylor had a much easier time in their semi-final defeating Houston. They took control early and never let the Cougars back into the game. It was impressive and I think more about how good the Bears are this season as opposed to Houston being a fraud as a #2 seed. The Cougars fell to the classic narrative of only being able to play one way and that can be tough when a team is better than you and very well prepared.

Baylor made it very difficult for the Cougars to score, but that is going to be harder against Gonzaga. The Bulldogs are the top offensive team in the nation and can score inside and from behind the arc. Baylor’s three-headed monster in the backcourt led the way once again with the combination of Jarret Butler, Davion Mitchell, and Macio Teague scoring 40 points. Both of these teams are talented and deep. Baylor is probably more athletic but I am not sure there is an advantage there.

The Gonzaga vs Baylor line is an interesting one. If you are high on Gonzaga this is a great buy-low opportunity as they played their first close game in ages, looking mortal. You have not been able to get them at a price this low since December so it is very compelling to grab it.

Conversely, Baylor’s domination of Houston may inflate their line. The Bears have not been an underdog all season long, so there is a lot of value there too.

Given that we are down to the final game of the year you also have to consider futures implications that might be occurring in the market too. Both teams have been highly considered all season long and gathered lots of tickets along the way. The markets are going to be full of backers looking for smart hedges as well as lots of public interest as it is the National Championship game.

Which way should you bet? There are no bad bets on the board. The best advice here is not to overthink it.