Bracket Busted? Lots of Great Opportunities To Get Some Winners on Day Two 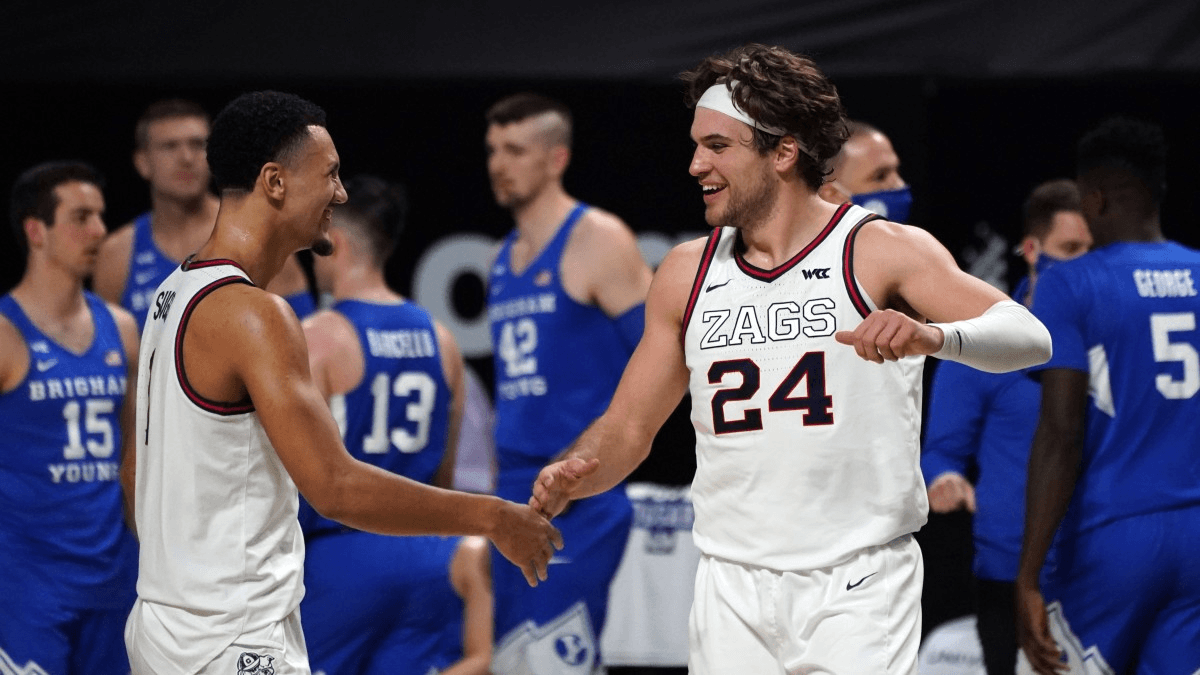 March Madness is back, and the second day of the first round has a lot to live up to. It is hard to imagine a more exciting first day of action, as there were multiple overtimes and multiple upsets. The Big Ten was on the receiving end of the two biggest upsets of the day, with North Texas and Oral Roberts knocking out Purdue and Ohio State respectively.

But the ACC had the worst day of the power conferences, with Syracuse’s upset of San Diego State the only win in five attempts for the ACC.

What does today’s action have in store? Here is our look at the 16 games on today’s March Madness schedule.

Colorado has been solid all season while Georgetown is trying to build off a great week where they won the Big East Tournament. The Buffs have a senior PG in McKinley Wright IV that will be the best player on the floor, and they have lots of size to make it hard for the Hoyas to get good shots. It’s nice to see Georgetown on the rise, but they are likely one and done this season.

Florida State stumbled a little bit late in the season. As usual, they are super long and athletic and should be able to overwhelm Greensboro. I thought they would be a #2 seed so don’t get too caught up in that number. This FSU team is good enough to make it to the Sweet Sixteen at least thanks to a deep lineup. The Seminoles don’t have much drop-off with their bench so covering bigger numbers is not too much. They are 4-2 ATS as a double-digit favorite.

Kansas might not have bullied their way through the Big 12 this season, but they are still more than capable of a run. Or at least they were until COVID forced the team to exit the conference tournament. Now, anything is possible in this game. The Jayhawks might be missing their top big man against a feisty Eastern Washington team. The Eagles might be able to shoot their way into an interesting result. I think we have to stay away from Kansas pregame and see what happens.

The Bonnies have to be asking what they need to do to get some respect. They won the A-10 and the A-10 Tournament and are a legit threat to LSU. In fact, they perhaps should be favored. St. Bonaventure is really well-coached and has enough positional size to compete with LSU. What they don’t have is much depth. They basically play six guys against a team with multiple NBA-caliber players. Still, the Bonnies have the edge. They play defense; the Tigers don’t.

All the Michigan talk is about how they are missing their glue guy Isaiah Livers, who plays the most minutes on the team. That is going to hurt their title chances but should not be too harmful against Texas Southern. The Tigers advanced from the First Four by beating Mount St. Mary’s with a strong second half. They might look okay early for not having to play against the Mountaineers. Michigan pulls away but there could be some value with the Tigers.

Creighton is in a tough spot. For starters, they are a team in turmoil as they suspended coach Greg McDermott late in the year due to insensitive comments. Second, they just got hammered by Georgetown in the Big East title game. They did not even score 50 points against the Hoyas. UCSB has built a team through transfers this season, so the Gauchos are more talented than usual. They also have more size than the Bluejays. I love UCSB for the upset and the points are a gift.

Alabama was the best team in the SEC all season long, and when they are playing their best, they can beat anyone thanks to an offense that basically only takes layups and three-pointers. Nate Oats has his team peaking again, which is exciting. Iona coach Rick Pitino is as accomplished as any in the field, but the Gaels do not have the talent to push the Tide. Even with a big number Alabama is the way to go.

Drake outlasted Wichita State in their First Four matchup on Thursday. It was an exciting game, but now they really face the big boys. USC has more length than any team in the field and features Evan Mobley, a super skilled and super athletic 7-footer. There just aren’t players like that in the Missouri Valley. Mobley has his brother at his side to do the dirty work. Drake has to be hot from deep because they won’t be grabbing rebounds. USC overwhelms the Bulldogs in this spot.

Iowa is a momentum team. If they can get a convincing win, they could get on a roll in the Tournament. Luka Garza won the Big Ten Player of the Year, but Grand Canyon has the size to match up with him. I am not sure that is going to be enough, but Bryce Drew has produced magic in the Tournament before. Now he is looking to do so as a coach. Look for the Antelopes to be able to hang with the Hawkeyes for at least the first half. I might check in at the half to be sure they look okay to avoid getting caught on the wrong side of a game Grand Canyon could lose by 20+.

Folks are hot on UConn. I like them too but I see this game as a toss-up. James Bouknight is a really good scorer who can score 20 points against anyone. The Terps can put Daryl Morsell, the Defensive Player of the Year in the Big Ten, on him. If Bouknight is not scoring 20, the rest of the team is going to have to produce a lot more than usual. Maryland has beaten their share of top teams in the Big 10 this season, and most of their big wins were on the road. I like Maryland for the upset.

Virginia is the other team that left their conference tournament due to COVID. At full strength, they can frustrate any team not named Gonzaga. Similar to Kansas, it might not be wise to make a bet on them right now. They might not have practiced all week. Ohio is feeling good after winning the MAC Tournament. They are a total stylistic opposite of the Cavaliers as they want to play fast and fill it up. They played Illinois earlier in the season and gave the Illini a scare. I think you have to take the Bobcats due to the situation.

Both of these teams are trying to find their games. Down the stretch, they both struggled. Both teams have a win over Alabama this season. This is going to be a close one and might come down to coaching. The Sooners’ Lon Kruger has the edge there. Missouri is one of the worst deep shooting teams in the country. They have to keep it close all game. The Sooners look like the play.

Gonzaga is undefeated. The only mark against them this season is that they have not been great against the spread, as they are just 12-12-2 ATS this season. They have been favored by 30+ points seven times this season and only covered a couple of times. The top-ranked Zags open their tournament against the Spartans, who advanced by beating Appalachian State in the First Four. Norfolk State might look ready off the warm-up, but it won’t take long for the tournament’s top overall seed to show how good they are.

BYU was beating Gonzaga at the half of the WCC Tournament championship game. The Zags came back and won going away, and the Cougars have to shake that off as they take on UCLA. The Cougars have size and shooting and should not be intimidated by the history of the Bruins. UCLA was better than expected in their First Four upset of Michigan State. They do not have much depth though.

Texas is loaded with talent and experience. Their frontline has NBA size and skill and that is going to be tough for Abilene Christian to compete with. The Wildcats give up only 60 points per game and are hoping they can frustrate the Longhorns enough that they get them off their game. Texas has been known to have lapses, but they will likely not have enough lapses for Abilene Christian to steal the game.

VCU’s March Madness adventure is likely to be a short one. Oregon might not be the best team in the field, but they are going to be a tough matchup for the Rams. VCU has only one reliable scorer in Bones Hyland, and that is not a recipe for success. Chris Duarte is not only a great shooter but a strong defender too. If he and Hyland are a stalemate that is a huge advantage for the Ducks. The favorite is the play in this one.