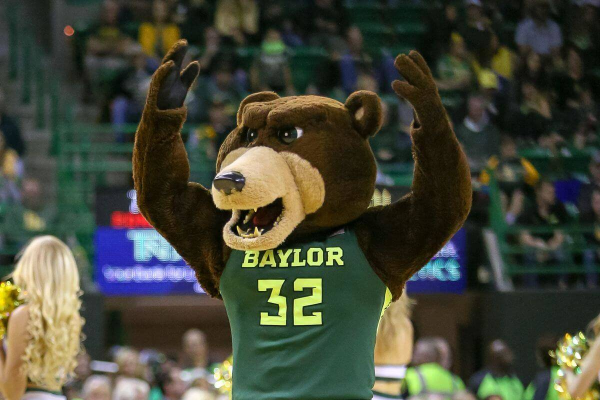 The Baylor Bears are headed to Manhattan to take on the Kansas State Wildcats in a big time Big 12 showdown with huge conference standing implications. Kansas State is currently tied with Texas Tech at 11-4 in conference play. Baylor and Kansas are both one game back at 10-5. It is possible that by the end of the night, we have a four way tie at the top of the Big 12 with just one week to play. Both teams will really want this win as a resume booster and for conference bragging rights/standings.

Baylor is coming into this game as a healthier team than 3 weeks ago when these teams last played. Baylor has guard MakaiMason, their second leading scorer, back with them for this game. Baylor did very well to hang around in that game and throughout the stretch that they were without Mason. McClure is also working his way back from injury and should see increased minutes in this game. This return of two key players should slightly change the dynamic of this rematch.

The Bears have been on a nice three game winning streak after getting thoroughly smashed by Texas Tech two weeks ago. They turned around and won a huge game at Iowa State to stay in Big 12 standings. The followed up with a nice win against West Virginia, where they were able to overcome only 4 points on 0-7 shooting from Mason in 33 minutes. Earlier this week, Baylor won another nail-biter in overtime vs. Texas. From what I have seen this season, the most common theme with Baylor is their ability to keep games close, really regardless of their opponent. We have seen the Bears lose by double-digits ONCE all season, which shows their ability to play up to competition.

Kansas State is coming off of a tough loss to Kansas where two of their 3 leading scorers really struggled with foul trouble. Just a few weeks ago, we saw Kansas State really boost their stock as a team with a massive win over the same Kansas team. The loss in the second game is easy to write off due to the foul trouble, but it does show K-State’s weakness. They tend to lack big score upside from everyone besides their top 4 scorers. They do have 4 guys averaging double-digits, which is nice balance for a team, especially when they are a favored team. The issue lies when they do struggle with foul trouble or multiple guys struggling from the field. The Wildcats will really look to rely on their top 4 guys to put the ball in the basket at a good rate to get wins over good opponents, as we rarely see the splash scorers for this team.

The -6.5 line on this game is incredibly interesting. Right away, we can talk about how the last game was a 7 point game in favor of the Wildcats on the road. The issue with taking that at face value is that Balor was without 2 key players. In that game, the Baylor backup guards did perform well, which slightly seemed to negate the losses of 2 top players. Baylor is riding in on a three-game winning streak while the Wildcats took one of their worst losses of the season just this week. The biggest thing in this game that I am keying in on is Baylor’s general ability to keep games close. I view these teams as similarly talented, so I think that Baylor’s ability to stick around gives me the most value at +6.5. I’ll take the Bears and the points on the road.