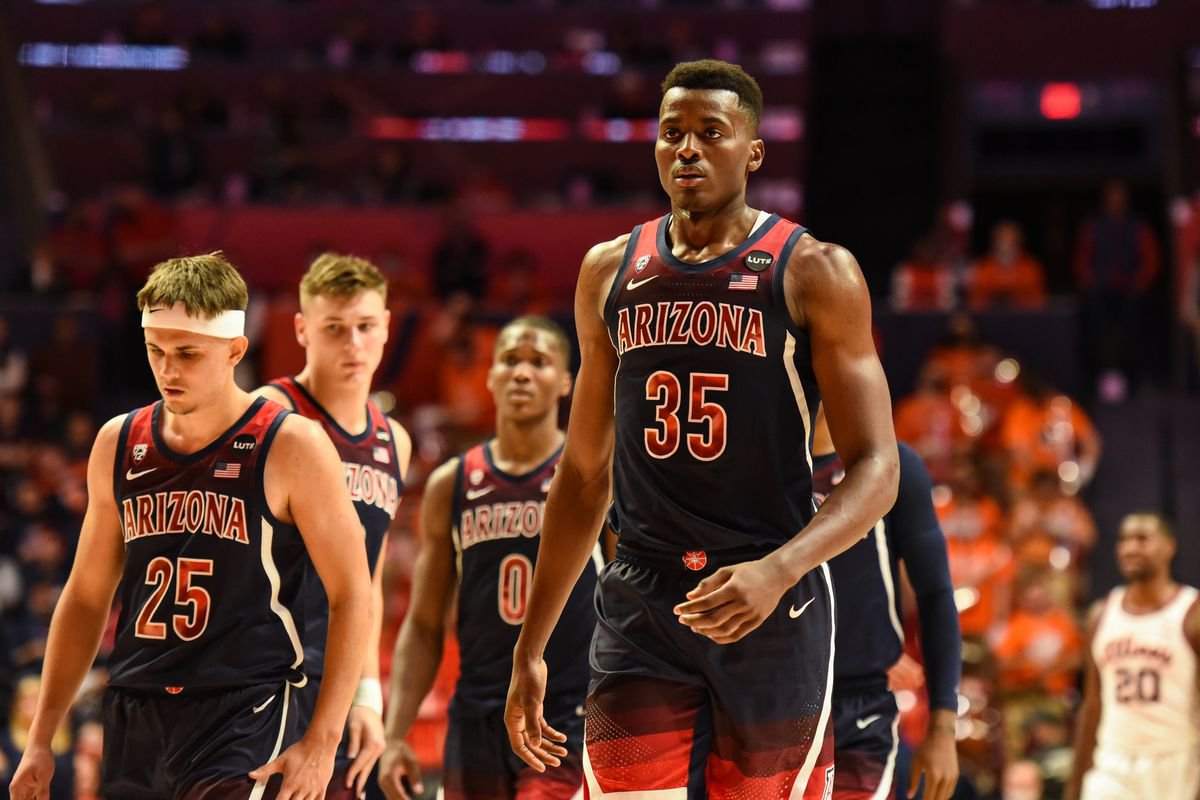 Late December is the last chance we have to view teams of significance participate in big non-conference games before teams get into the meat of conference play. Arizona-Tennessee certainly qualifies as that.

Arizona remains one of few undefeated teams left in college hoops. This is going to be a real challenge in a tough road environment, but they have overcome similar circumstances before.

Tennessee’s rivalry game against Memphis was postponed, but the Vols have had other opportunities to see how they measure up against top competition. Those results have been mixed, however.

Arizona Wildcats vs Tennessee Volunteers odds are from BetMGM as of Wednesday, December 22, at 2:55 p.m. ET.

When new coach Tommy Lloyd was hired from Gonzaga to lead the Arizona program is riled up the locals. I think it is safe to say that there is not much chatter now as they have gone through the first third of their schedule without a loss.

Not only are the Wildcats undefeated, but they have also beaten some quality opponents along the way. They have big wins over Illinois, Michigan, and Wichita State. This looks like a team that can compete with any program in the country. Yet they are underdogs for this matchup in Knoxville.

There is NBA talent on this Arizona team, and they are a tough team to matchup with. Canadian wing Benedict Mathurin is a potential future lottery pick and leads the team in scoring at 17.4 points and 6.5 rebounds per game.

Tennessee will have their hands full with Arizona’s big men. Azuolas Tubelis is the team’s second-leading scorer (16.1 points per game) and averages 6.8 boards and 1.1 blocks per game. Seven-footer Christian Koloko–13.6 PPG/7.3 RPG/3.5 blocks per game–has made a major leap and gives the Wildcats rim protection of the highest order.

Like Arizona, this is not Tennessee’s first rodeo with tough opposition. Thus far, the Vols have played against the likes of North Carolina, Texas Tech, Colorado, and Villanova.

Freshman point guard Kennedy Chandler (14.6 PPG, 5.4 APG) has looked pretty good for the Vols most of the season. He has struggled in their biggest games though. Fellow guard Santiago Vescovi is their top perimeter threat, but he can be hit or miss.

Tennessee is an athletic team, but it is going to be hard for them to compete inside. They are not a small team but might look that way against Arizona.

Even with a size disadvantage against Tubelas and Koloko, the Vols will need their bigger players to do more than just occupy space. John Fulkerson and Olivier Nkamhoua combined for 33 points last time out against USC-Upstate and need to be productive in this game.

It is hard to win as an underdog in an SEC arena, but the Wildcats have so many advantages in this matchup, including confidence from a similar win at Illinois. That Illinois team had Kofi Cockburn to tangle with inside too, which Tennessee does not.

Tennessee is great at playing stingy defense when they take on quality opponents and this game is not going to be easy for Arizona. But the Vols’ inability to generate sustained offense is eventually going to be their doom.

Unless Chandler finds a way to have his best game against their best opponent, Vols fans are going to go home disappointed. A win would be a great Christmas present, but I do not see it. Arizona will leave Knoxville with a comfortable win.