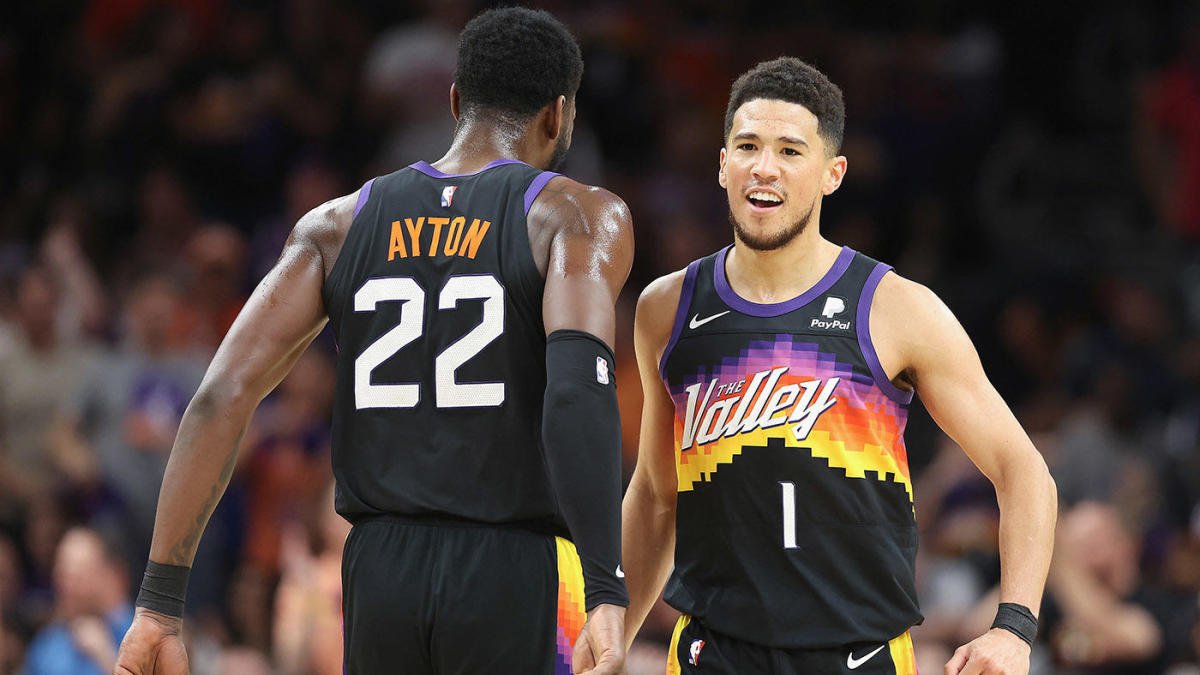 Two 2021-22 NBA playoff games are scheduled for Friday, May 3, including a Game 3 matchup between the Phoenix Suns and Dallas Mavericks.

The Suns look to take a 3-0 series lead after looking dominant in Game 2 on Wednesday, defeating the Mavericks by a score of 129-109. If Phoenix manages to win a third game, it could be too hard for Dallas to make a comeback.

Meanwhile, the Mavericks will attempt to reverse the series’ momentum as it switches to home court for them. They’ll need all the help that they can get, though, due to the Suns’ deep lineup.

Will the Suns put their opponents’ backs up against the wall by taking the 3-0 lead? Or will the Mavericks figure out a way to cut the series deficit in half?

After the New Orleans Pelicans gave the Suns a bit of trouble in the opening round of the playoffs, it’s been fairly clear sailing against the Mavericks to begin Round 2.

Although the Suns are known for their difference, it was their offense that showed up in spades on Wednesday night.

Phoenix shot an impressive .645 from the field and .520 from three-point range as a team in Game 2. The offensive production was led by Devin Booker, who looked more like himself as he finished with 30 points on .579/.625/1.000 shooting.

Chris Paul wasn’t too far behind Booker with 28 of his own points, further contributing with eight assists and six rebounds as well.

One player that must be better is Deandre Ayton. The 23-year-old center only played a little over 18 minutes of action on Wednesday due to him having foul trouble. He finished with nine points and three rebounds in that span but must be better if he wants to give the Suns their best shot at winning.

The Suns also need Mikal Bridges to keep doing his thing on both sides of the ball. He had a pair of steals and was a game-high plus-31 in Game 2, playing a crucial role in limiting the Mavericks’ scoring opportunities.

If Phoenix can keep getting consistent contributions from its top players, the Suns could be up 3-0 by the time the night is over.

The Mavericks are down 0-2 in this series ahead of Game 3 and one thing is for certain: their deficit certainly isn’t Luka Doncic’s fault.

As usual, Doncic has been Dallas’ best player this series, averaging 40.0 points, 8.5 rebounds and 7.5 assists over the first two games of the series. Even with the Suns doing everything they can to slow him down, he’s figured out a way to get things done.

The main issue is that the rest of the Mavericks’ players haven’t shown up to help the Slovenian superstar.

Maxi Kleber (14.0), Reggie Bullock (11.5) and Jalen Brunson (11.0) are the only other players averaging double-digit point totals for Dallas this series. Considering how they haven’t even averaged more points combined than Doncic, it’s clear that something must change.

The biggest disappointment of that trio has to be Brunson. He’s been held to 13 and nine points in each of the first games this series, which is disappointing after he averaged 27.8 PPG in Round 1. Furthermore, he’s shot 9-of-28 (.321) against the Suns so far.

Doncic might be the star of the show in Dallas, but Brunson is more than capable of being the No. 2. He just needs to focus and pick up his game if the Mavericks want to stand a chance.

The Suns are more complete of a team than the Mavericks. Phoenix has looked unstoppable so far this series and I expect them to keep the ball rolling as the series shifts to Dallas.

Doncic is capable of several magical things on a basketball court on any given night.

Scoring 35-plus points might be difficult for many people, especially against a team like the Suns, but Doncic has already accomplished that in each of his last two games.

With the Mavericks’ supporting cast showing no signs of helping their top player out, look for Doncic to take matters into his own hands tonight while hitting the over in the process.