Hornets vs Lakers Prediction, Picks & Player Props (12/23): Will another big night from LeBron lead the way? 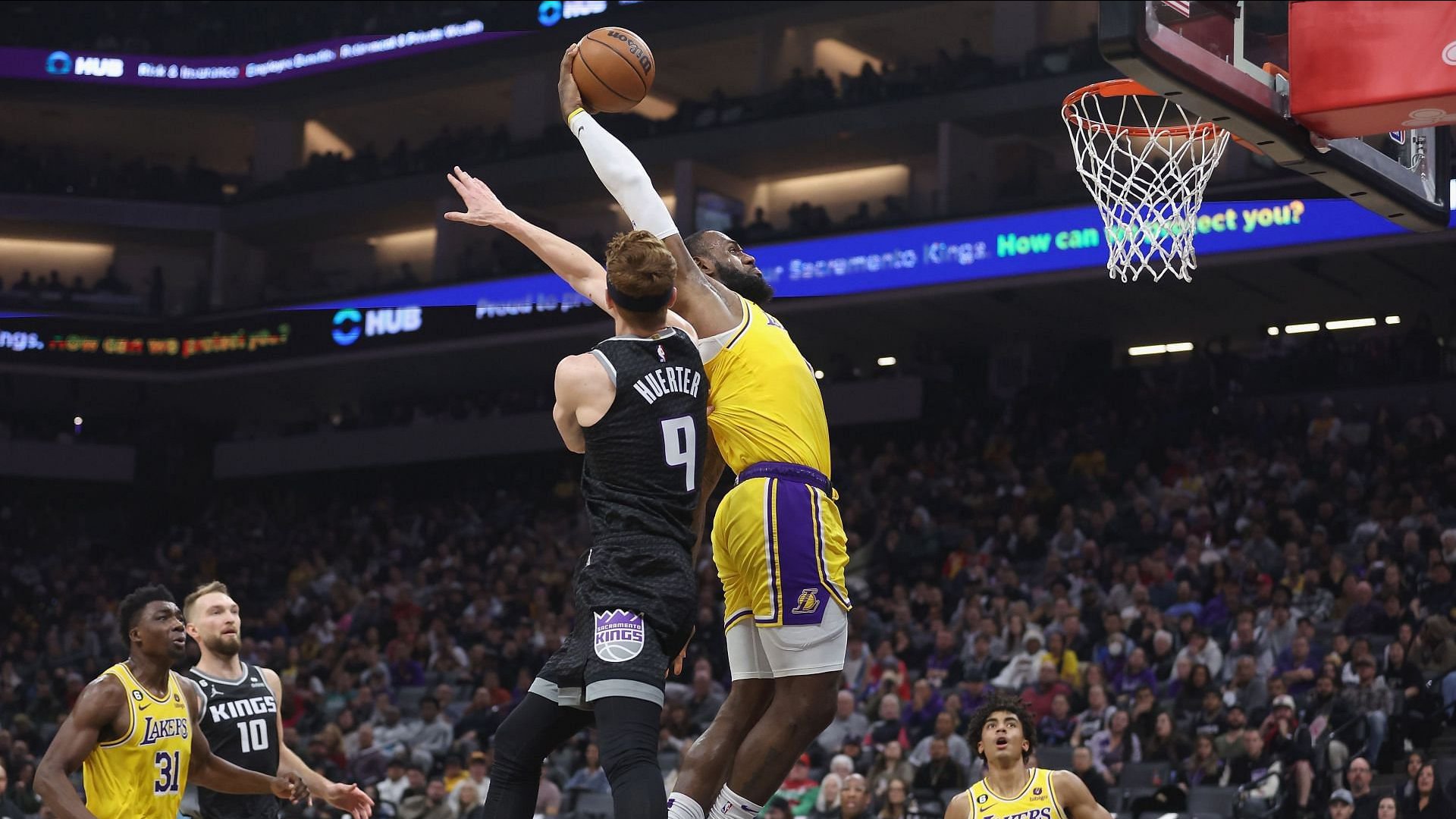 With the news that Anthony Davis is out indefinitely due to a stress fracture in his right foot, things aren’t exactly looking up for the Los Angeles Lakers right now. But they have to pick themselves up and handle the visiting Charlotte Hornets tonight at Crypto.com Arena (10:30 pm ET/7:30 pm local time).

With Davis playing out of his mind, it looked like the Lakers might be on the way to turning around an awful start to the season. But since he went down against the Denver Nuggets last Friday, the Lakers have lost two of three games, not counting their win over Denver.

Even a game against the Hornets, who have lost nine of their last ten games, may not offer much of a lift. Charlotte may be struggling, but LeBron and the shorthanded Lakers are only favored by a small margin.

Will they be able to put the news about AD behind them and pick up their 14th win of the season tonight? Keep reading for our Hornets vs Lakers prediction, as well as our picks for the matchup.

If you’re into some NBA Same-Game Parlay action, you can receive some extra cash at BetRivers. If you place three or more SGPs in a week, you will get a free $10 bet.

And hey, you can knock out those three SGPs tonight, as there are 14 games on the NBA slate tonight.

Game odds are via FanDuel as of Friday, December 23, 2022, at 5:40 pm ET. This article may also include odds from our other recommended legal sports betting sites.

Will the Comforts of Home Bring Better Results for the Lakers?

After beating the Nuggets last Friday and then edging out the Washington Wizards on Sunnday, the Lakers went on the road and laid two eggs.

First, they were beaten by 26 at Phoenix on Monday, then they went down by 14 at Sacramento on Wednesday. In both losses, they gave up 130+ points, allowing that exact number against the Suns and 134 against the Kings.

But L.A. has been much better at home since losing five of seven at home to start the season. Across their last eight home games, the Lakers are 6-2, losing only to the Pacers in a game that they threw away and to the Celtics in overtime.

It does have to be mentioned that, to this point, they have played only one home game without AD, which was Monday’s win over the Wizards.

That’s not exactly a big sample size, but there are some encouraging numbers from the win over Washington. They made exactly 50 percent of their shots from the field and shot 40.7 percent from three, and all five starters scored in double figures.

The most outstanding stat from that game is LeBron’s zero turnovers. That was only the second time he has done that this season, with the other time coming in the win at Milwaukee on December 2.

Unless something changes compared to what we have seen when they have been without at least one of their stars this season and the previous two, the Lakers aren’t likely to win too many games while AD is out.

But this is a good spot for them to do so, and they are worth backing with a fairly small spread. Now, I absolutely don’t recommend putting a significant amount of your bankroll on it, but they are more trustworthy on their home floor than they are elsewhere.

And as nice as Charlotte’s win at Sacramento was, they reverted back to form on Wednesday in this same venue against the Clippers, falling by 21.

The Lakers aren’t a great defensive team, but the Hornets are worse. So, just like the win over the Wizards on Monday, they won’t necessarily be sunk if they give up 115+ points.

The Lakers dropped the first three games in which he scored 30+ points this season, but they are 5-2 in the last seven. So, if he has his 11th such performance tonight, the odds are in the home team’s favor.

Given the load he has to shoulder right now, any point total in the low 30s is solid value.