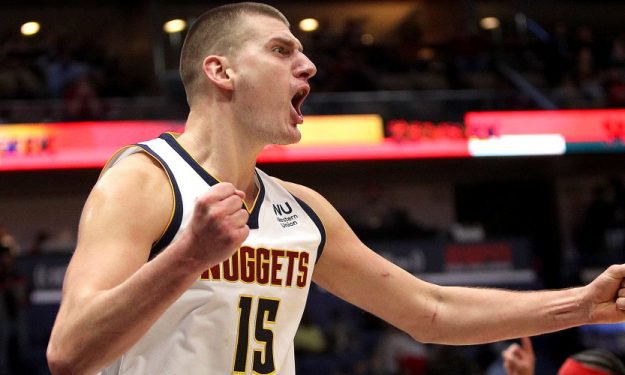 Only two games are slated for the NBA’s Thursday night schedule, with one of them being a TNT clash between the Golden State Warriors and Denver Nuggets.

The two teams sit near the top of the Western Conference leaderboard, however, they’re both trending in opposite directions. On one hand, the Warriors are 3-9 in their last 12 and have recently been leapfrogged by the Memphis Grizzlies in the standings.

On the other hand, the Nuggets are seeing one of their hottest runs of the 2021-22 season. They’re 12-2 in their last 14 games and are establishing themselves as one of the teams to beat in the second half of the current campaign.

Needless to say, there’s a lot of intrigue behind Thursday’s Warriors vs. Nuggets clash. Here’s a look at what each team’s recent play could mean for their NBA futures odds, as well as how this matchup could play out from a betting standpoint.

The Warriors began the 2021-22 NBA season as one of the top teams in the league, with many experts labeling them as a championship favorite. Unfortunately, things have fallen apart in multiple areas for the team over its recent 12-game stretch.

In terms of offense, the Warriors have averaged 112.3 PPG over their last 12 outings — tied for 13th-worst in the NBA over that stretch. One player who’s really struggled to score the ball during that time is Klay Thompson.

While he’s shown flashes of brilliance since his return from injury, Thompson has looked like a shell of his former self. The 32-year-old veteran is averaging 16.8 PPG in his last eight games while averaging .386/.339/.846 shooting splits. Fans can tell how frustrated he is because a lot of his opportunities have come from forcing shots. Until he finds his groove, Golden State will suffer.

Stephen Curry has also been streaky lately. Although he’s the best three-point shooter of all time, he’s shot .313 or worse from beyond the arc in seven of his last 10 games. To put things in perspective, his career three-point shooting percentage is .428. Nevertheless, he’s playing much better than he was in January, so hopefully better things are in his future.

The Warriors have also struggled on defense over their last 12 games, surrendering 115.3 PPG over that span — 11th-worst in the league. To make matters worse, Golden State has allowed at least 120 points in four of its last five outings, making it clear that Draymond Green’s presence is missed.

As of March 10, the Warriors have the second-best odds (+500) to win the 2021-22 NBA Championship this season. Having said that, it’s tough to imagine them maintaining their contender status if this current streak continues.

The Phoenix Suns (+400) are still the Western Conference’s first-place team. Meanwhile, the Memphis Grizzlies (+3000) have overtaken Golden State for the West’s No. 2 spot. If Golden State can’t remind the basketball world that they’re a championship threat soon, oddsmakers will likely make adjustments in the coming week.

Nuggets are the NBA’s Hottest Team

As mentioned before, the Nuggets are a dominant 11-2 in their last 13 games, which is tied with the Boston Celtics for the best record during that span.

To no one’s surprise, much of Denver’s success can be attributed to Nikola Jokic. The 27-year-old Serbian is averaging 26.8 points, 14.6 rebounds and 8.8 assists in his last 12 games, scoring on a .633 true shooting percentage (TS%). He’s also recorded a double-double in each of those games and also has four triple-doubles in that span as well.

Jokic also has a favorable matchup against the Warriors tonight, especially without the likes of Green and James Wiseman in the paint. He’s already had success against Golden State this season, averaging 29.7 PTS/17.0 REB/8.7 AST in three previous meetings — each of which was a Nuggets victory.

The Nuggets have also been fortunate enough to get contributions from the supporting cast. Monte Morris is averaging 13.7 PPG in his last 10 games, along with 2.0 threes-made on a .465 conversion rate. DeMarcus Cousins was someone brought in as a roster filler but is averaging 22.7 points and 16.7 rebounds per 36 minutes in his 15 games played.

All in all, Denver has been an extremely well-rounded team over its last 13 games. When it comes to league-wide stats, the Nuggets rank fourth for points for and field-goal percentage during that time, as well 11th when it comes to scoring defense.

When it comes to championship odds, the Nuggets rank ninth on BetMGM at +2500. Those odds seem appropriate for the West’s sixth-place team, however, it’s entirely possible that they continue to rise.

Denver has the seventh-toughest remaining schedule, so only time will tell if the team can continue its newfound momentum. If the Nuggets can get past the Warriors and continue winning games, experts will have to acknowledge them as championship contenders — especially if Jamal Murray and Michael Porter Jr. can return from injury sooner than later.

In terms of a betting standpoint, I love the Nuggets as the +125 moneyline underdogs. It’s rare that the road team is the favorite, which is why bettors should jump on Denver, especially after the last 13 games.

While the Warriors are still a solid team, injuries and inconsistent play makes them tough to trust. The fact that the Nuggets are 3-0 against them this season just adds to it. Besides, Golden State is 3-5 straight up in its last eight games as the favorite, which doesn’t exactly provide bettors with confidence.

Considering how the Warriors don’t have a real answer for Jokic, expect another dominant performance by “Joker” and the Nuggets.