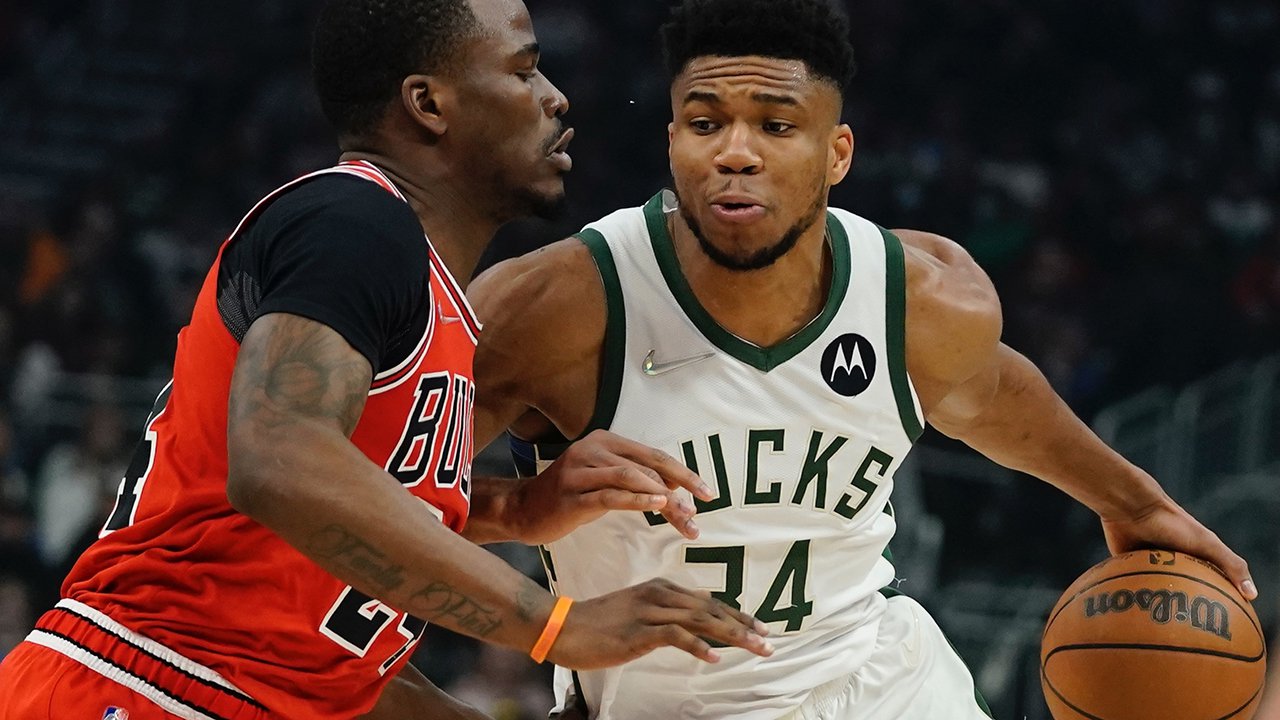 At one point this season, it looked like the Chicago Bulls were a serious contender in the Eastern Conference.

But after a poor end to the NBA regular season, there doesn’t seem to be much reason for optimism in the Bulls’ chances of coming away with a win in Game 1 of their #6 vs. #3 first round matchup with Giannis and the Bucks.

At the NBA All-Star break, the Bulls were in the mix for the top seed in the Eastern Conference, and with 22 games left, they were a season-high 18 games over .500.

But they won only seven of those final 22 games to drop to sixth in the East, and had they not had such a big head start on the teams below them in the NBA standings, they would have ended up in the NBA Play-In Tournament.

The Bucks, meanwhile, finished with the #3 seed in the East for the second year in a row. Last year, saving their best for the postseason paid off in the franchise’s first NBA championship since 1971.

Will it pay off again? It all starts this evening with the Bulls in town.

The Bucks are -1350 to win this series, with the Bulls priced at +810, and those odds do not look exaggerated in the slightest.

There are many reasons why it is difficult to see the Bulls pushing this series to six or seven games or do the unthinkable and actually win the series.

Injuries have hurt Chicago, with Lonzo Ball, who is done for the season, playing only 35 games, and Alex Caruso being limited to 41.

But the bubble also just burst for the Bulls, with the heroics and performances that pushed Chicago to the top of the Eastern Conference drying up when they could have most used them.

The Bulls closed the regular season with a 124-120 road win over the Minnesota Timberwolves, but they had lost their previous four games, and none were close. They lost by 18 to the Miami Heat, 21 to the Bucks, 23 to the Boston Celtics, and 16 to the Charlotte Hornets.

To make matters worse, they received the worst possible matchup for what is likely to be a short stay in the NBA playoffs.

Overall, the Bucks have beaten the Bulls 16 times in the last 17 meetings between the two teams. Chicago’s lone win was a 118-112 win over Milwaukee in their regular season finale last season.

In that game, the Bucks rested all of their stars and played a starting lineup of Thanasis Antetokounmpo, Pat Connaughton, Mamadi Diakite, Sam Merrill, and Jeff Teague.

Given the Bucks’ recent dominance of the Bulls and how Chicago has fared at the back of the season, the Bucks should win this one with little stress.

After helping the Bucks win the title last season, Portis has had a career year this season. He started 59 games for the Bucks (and played in 72), and he averaged 14.6 PPG and 9.1 RPG.

Look for him to provide a solid contribution to today’s efforts in a game he might carry some extra motivation in, given that the Bulls are his former team. And in four regular season games against his former team this season, Portis scored in double figures three times.

The 2022 French Open is underway at Stade Roland Garros in Paris, France, and we are already almost through the first week of play. Tomorrow, the remaining third-round matches will take place, after which the men’s and women’s singles draws will be down to their final 16 contenders. In both men’s and women’s singles, there END_OF_DOCUMENT_TOKEN_TO_BE_REPLACED