Cook Out Southern 500 at Darlington Prediction, Odds & Picks: Who Advances in Race 1 of the Playoffs? 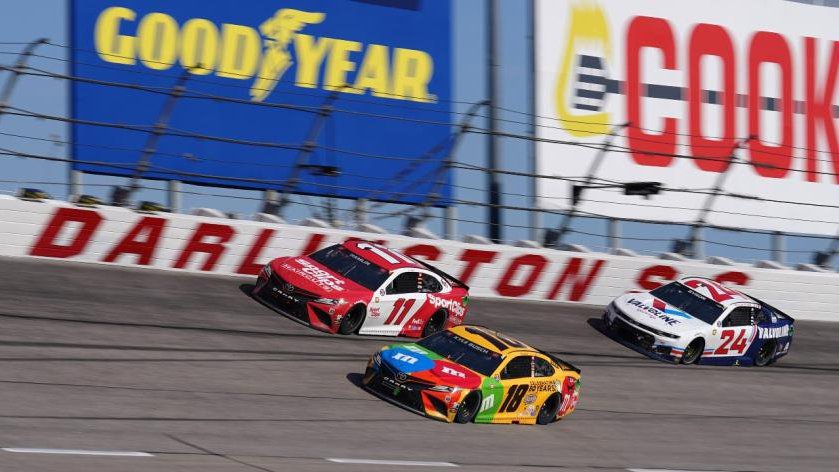 The field is set for the final 10 races of the seasonin the Cup Series. 16 drivers are still alive with hopes of a Championship. The Playoffs will start at historic Darlington Raceway on Sunday night.

Joey Logano was victorious in the first race at Darlington this season. It was controversial hit on William Byron in the final corners that gave Logano one of his two checkered flags of the season.

Logano will start from the pole on Sunday night, and he is tied for the shortest odds to win the race and punch his ticket to the Round of 12. Kyle LArson is the other driver tied at the top of the list.

Don’t get in the way of Joey Logano when he needs to win a race. Earlier this season, he was not afraid to move William Byron up into the wall to get past him and win the race. Although many people didn’t like it, he got the last laugh, and the checkered flag.

Logano will begin the NASCAR Cup Series Playoffs in the 2nd position, 15 points behind the leader, Chase Elliott. His two wins this season have come on ovals, and he has quickly become a favorite for the title with his 12 Top 10s and 7 Top 5s.

Even as the defending winner at the track, there is value in a bet on Logano. He knows how to win, and he knows what he will do to win. As the Playoffs start, expect even more urgency from a driver willing to do anything.

Byron was two turns away from the checkered flag at Darlington, but Joey Logano put him in the wall to make the pass and steal the win. Byron has run historically well at Darlington, and he will start 3rd on Sunday night.

Byron has 2 wins on the season, and he currently sits 5th in the playoff standings. He is 26 points out of first place, but a win this weekend would secure a spot in the next round. He is in good starting position, but he will have to improve from his rough middle part of the season.

At +1000, Byron will give a big payout if he can find victory lane. He has a lot of hungry drivers breathing down his neck, but expect him to be more of the enforcer this weekend. Considering he was moved in the spring, I would not be surprised if he moved someone to win this time around.

Blaney is the only Playoff driver without a win in 2022. However, even without a victory, he finds himself in the 7th position to start. He is still a dangerous driver in the late stages of the season.

Blaney made his way into the field with 5 stage wins, which is tied for second among all drivers in the series. Blaney will still need to find success, and probably a win, if he wants to keep his championship hopes alive.

He finished 17th at Darlington in the spring, so that will have to improve. However, his drive and determination is intriguing for an outside betting chance. Blaney will start 9th on Sunday, so be aware of his speed when looking at an underdog.