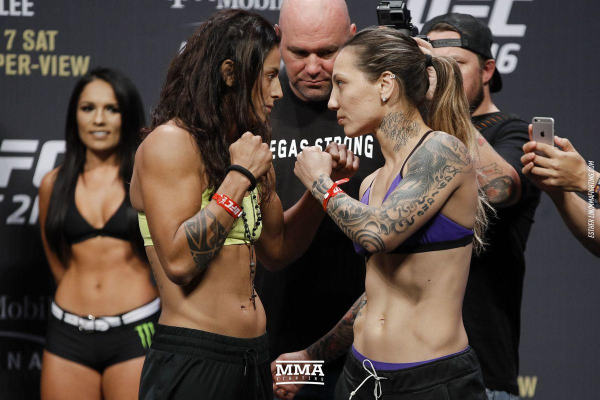 The UFC heads to Fortaleza, Ceara, Brazil for UFC on ESPN+2. The card will start at 5:00 PM, and the entire card can be seen on the UFC’s new home on ESPN+. This is the UFC’s second event on premier sports entertainment app ESPN+ and features several very good fights.

There are some good fights, but there are also some fights that have a question mark hanging overhead. They have a question mark overhead not because of the quality of fighter but more so because we just don’t know anything about them because there are 13 fights on the card and 7 of the fighters are making their UFC debut.

That can mean one of two things. From a betting standpoint, we can sometimes get more value due to the fact that online sportsbooks don’t have the true information needed to determine how strong of a fighter the combatant is and secondly, if you are one of those fans that play Daily Fantasy Sports, you can get a lower level fighter, who won’t cost you as much money in salary, and still get you a quality finish in the fight.

With that being said, let’s take a look at some of the fights on this card.

The main event for UFC on ESPN+2 is a rematch from June 3, 2017, when Marlon Moraes made his UFC debut. Moraes entered the UFC as one of the most highly touted bantamweights in the world, holding the WSOF Bantamweight Title for many years and finally making his debut with the premier promotion in the world.

The fight between Moraes and Assuncao was closely competitive and came down to a split decision. The judges called the fight in favor of Assuncao, but many people that watched the fight felt that it was a bad judging decision and it should have been scored in favor of Moraes. With both fighters not having an opponent lined up, they have decided to run it back again.

Moraes has since won 3 fights in a row, 2 out of 3 by KO, and is now 21-5-1 overall. Assuncao has since won 2 fights in a row since the last fight with Moraes and now has a record of 27-5. Both fighters are from Brazil, which is where the fight is taking place, and both fighters are basically even when it comes to skillset. This stands to be one of the best fights on the card!

We will lean to Moraes winning this one. I think he won the first fight and this time, he won’t leave it to the judges. I think he goes in and makes a statement with a win over Assuncao.

In the Co-Main Event, the old legend in former UFC Featherweight Champion Jose Aldo looks to prove that he is not finished with his career yet as he faces a hungry young lion in Renato Moicano. Aldo enters this fight off a victory over Jeremy Stephens at UFC on FOX 30. Prior to that fight, Aldo had lost back to back title fights against current UFC Featherweight Champion Max Holloway.

Renato Moicano is 13-1-1 and will be making his 7th UFC fight. Moicano has gone 5-1 in the UFC with his only loss coming at the hands of former UFC Featherweight Title contender Brian Ortega. Moicano is fresh off an August 2018 victory over Cub Swanson, whom he choked out in the first round at UFC 227.

This fight will come down to who can perfect their gameplan and who dictates where the fight takes place. Aldo will want to keep the fight standing and make Moicano get into a striking battle with him while Moicano will do all he can to take this fight to the ground and turn it into a grappling bout. Oddsmakers have made this fight a basic even money fight with both fighters coming in at -110.

People are counting Aldo out early but don’t be fooled, he still has some gas left in that gas tank, and many are forgetting, at one time, this guy use to be considered the greatest of all time! Aldo wins via 2nd rd KO!

Best Bet On The Card – Johnny Walker over Justin Ledet

Our Best Bet for UFC on ESPN+2 is in the Light Heavyweight Division and is between Johnny Walker and Justin Ledet. Ledet has come down from Heavyweight while Walker will be making his second fight in the UFC. Ledet is a former pro boxer and is a very strong striker.

Ledet will undoubtedly be looking to stay on the move and make Walker chase after him. Walker made his UFC debut back on November 17, 2018, at UFC Fight Night 140 against Khalil Rountree and made the fight game look easy! Walker toyed with Rountree for the first 2 minutes of the fight and then landed a big elbow that ended the fight in the very first round.

This fight comes down to who has the better striking game on who will win this fight. I give that advantage to Walker. Ledet is a good striker, but he hasn’t shown that “KO POWER” that would intimidate someone like Walker has. Walker has knocked out 12 of his 15 opponents compared to Ledet, who has only knocked out 2 of his 10 opponents! Walker wins this one!