UFC on ESPN +6: Thompson vs. Pettis Betting Pick and Prediction 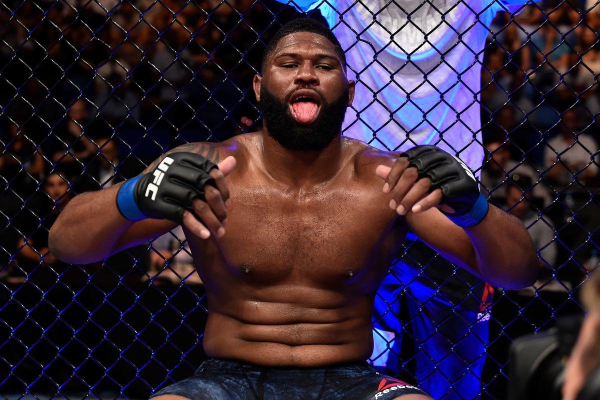 The UFC returns to the US this week after spending last week in London, England for UFC on ESPN +6. The event will take place at Bridgestone Arena in Nashville, Tennessee and will take place on Saturday, March 24, 2019. This event
can be viewed on ESPN+ in its entirety, starting at 5:00 PM Eastern Standard Time.

The fight card for UFC on ESPN +6 is as follows:

The Main Event of UFC on ESPN + 6 is a bout between Stephen “Wonderboy” Thompson and Anthony “Showtime” Pettis in the UFC’s Welterweight Division.  This will be Pettis’s first fight at Welterweight after spending the majority of his career fighting in the Featherweight (145lbs) and Lightweight (155lbs) divisions.

That being said, Pettis will be the quicker fighter and should have a better gas tank as his cardio will not be affected by a weight cut.  Thompson cuts weight to get down to the 171-pound limit in the Welterweight Division while Anthony Pettis barely had to cut any weight in the Lightweight Division and now, should not need to cut barely any weight at all to make the Welterweight limit.

StephenThompson is 36 years old and fights out of South Carolina.  He is coming off a loss from UFC Fight Night 130, against Darren Till by Unanimous Decision.  The ironic part of that equation and the reason you never believe in MMA Math is his fight prior, he beat Jorge Masvidal, who actually just knocked out Darren Till last week at UFC on ESPN+5.

Thompson has lost 2 of his last 3 fights and his career may be showing signs of slowing down, as he hasn’t looked as good in the past 3 or 4 fights as he did in the prime of his career.  Thompson is a karate style striker that will use distance to strike and set up the big KO.

Anthony Pettis seems like he is about 45 years old now because he has been around for what seems like forever but truth be told, he is just 32 years old.  Pettis is also coming into this fight off a loss and has also lost 2 of his last 3 fights.  Digging deeper into Pettis, he has actually gone 3-6 in his last 9 fights.

Pettis is mainly known for his time in the WEC and mostly for his “Showtime Kick” where he used the fence as leverage to kick Ben Henderson to win the WEC Featherweight Title.  Pettis took that title with him when he went to the UFC but his time in the UFC has not been what it was expected to be.  He has gone 8-7 in the UFC and has failed numerous times when he has fought for UFC titles or been knocking on the door of a title shot.

Pettis has fought some great fighters in the Lightweight Division and the Featherweight Division but he has never went up against someone with the striking skills and the size of Thompson.  About the closest fight that we can find that Pettis has been in was Rafael dos Anjos.  In that fight, Pettis was dominated and lost a unanimous decision.

Pettis’s best option would be to take this fight to the ground and try to make Thompson grappling match but I don’t see that happening.  Woodley couldn’t take Thompson down and Pettis’s takedown ability is nothing compared to Woodley.  Thompson wins a close decision.

In the Co-Main Event, we will see Curtis Blaydes taking on Justin Willis in the UFC’s Heavyweight Division.  This bout is scheduled for three 5-minute rounds but I highly doubt that 3 rounds will be needed.

Blaydes enters this fight following a ugly 1st round KO loss at the hands of Francis N’Gannou.  That happened back on November 24, 2018 and to be honest, it shocks me to see him fighting so soon.  Normally with a KO, a 6-month suspension is expected however he is being allowed to fight since he cleared all medical testing.

Blaydes is 10-2 overall and is 5-2 in the UFC. He is a strong wrestler that likes to use his striking to set up his takedowns.  Blaydes is a long fighter that has a 80 inch reach.  He is 6’04 and will pose problems for his opponent Justin Willis due to explosiveness and ability to change levels.

Justin Willis is also a very big man. He is 6’03 and has a 82 inch reach.  Willis trains out of American Kickboxing Academy and has training partners all around him such as Daniel Cormier and Cain Velasquez.

Willis is riding a 8 fight win streak and has yet to be tested in the UFC.  He has gone 4-0 in the UFC, with wins over James Mulheron, Allen Crowder, Chase Sherman and Mark Hunt.  Willis is very similar in style to Blaydes as he also is a predominant wrestler that has decent striking.

This fight will come down to the striking and who can land the bigger punches.  We have not really seen anyone try to take down Willis in a fight as he has only fought strikers.  I think Blaydes is going to go for takedowns in this fight and force Willis into defending.  That will slow the fight down and tire Willis out.  Blaydes wins by 3rd round TKO late after Willis runs the gas tank dry!

For those that are looking for a fight to bet on this weekend, take a look at the featherweight bout between Bobby Moffett and Bryce Mitchell.  Mitchell is 1-0 in the UFC with his only fight coming from The Ultimate Fighter 27 Finale.  His opponent Moffett is also 1-0 in the UFC with his only fight being his debut at UFC Fight Night 139, where he submitted Chas Skelly in the 2nd round.  The debut for Moffett was much more impressive and he showed that he belonged in the UFC years ago!  Moffett should get the win here over Mitchell, late in the 2nd round.
Handicapping Selection: Bobby Moffett -178 WINNER via 2nd Rd submission