UFC on ESPN 2: Barboza vs. Gaethje 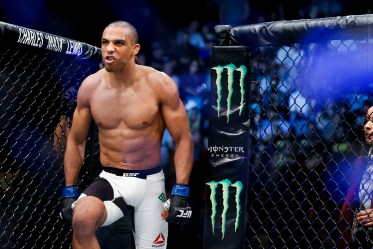 The City of Brotherly Love is the next stop on the schedule for the UFC as they will be on ESPN this weekend, Saturday, March 30, 2019, for UFC on ESPN 2: Barboza vs. Gaethje. There are some really great fights slated for this event, including the Main Event between Edson Barboza and Justin Gaethje. In the Co-Main Event, David Branch will be taking on Jack Hermansson in a Middleweight Bout.

We will take a look at both of those fights in this article but first, we want to remind you that this fight card is unusually early for a US-based event, so if you are playing Daily Fantasy Sports or placing wagers on the event, get them in early as this is a 3:30 PM start time.

The Main Event here at UFC on ESPN 2 is one that is surely a contender of the Fight of the Night. Edson Barboza will be taking on Justin Gaethje in the UFC’s Lightweight Division. Both of these fighters have had success in their respective careers, and both will be looking to inch themselves one step closer to a title contender shot.

The difference between Barboza and Gaethje are miles! For starters, Barboza is a very fundamentally sound fighter that emphasis’s a strict gameplan in each of his fights. On the other hand, Gaethje comes in with one thing in mind…..swing and knock your head off! He doesn’t set much of a game plan or strategy other than go for a KO.

In his 19 wins, he has KO’d 16 of the opponents, showing he has true one punch KO power. The difference that really stands out is how Barboza doesn’t stand in front of his opponents and has some of the best movement in the UFC. Barboza likes to move around and use powerful kicks to keep his opponent in danger.

That is a bad thing for Gaethje as he really doesn’t put up much defense and takes on a lot of damage. I think Gaethje will come in swinging wildly, which will just get him tied up and then take on a lot of leg kicks, and eventually, a high head kick to finish him in late in the fight.

In the Co-Main Event, David Branch will face off against Jack Hermansson in the UFC’s Middleweight Division. Branch is another fighter that came over from WSOF with a ton of hype surrounding him but simply never lived up to the expectations. He was the multi-weight champion in the promotion, and since coming to the UFC, he has gone 2-2.

Branch is coming in off a 2nd round TKO loss to Jared Cannonier at UFC 230. His other loss came on September 16, 2017, against former Middleweight Champion Luke Rockhold, via 2nd round TKO. His two wins were impressive, beating Krzysztof Jotko by split decision and the current #1 contender for the UFC’s Light Heavyweight Championship, Thiago Santos.

Hermansson enters the fight with an 18-4 record and 5-2 in the UFC. Hermansson has very good takedown defense and more recently, we have seen how well rounded he is winning his last two fights by submission and a KO.

In this fight, I think Hermansson should be able to dominate no matter where it goes. He will most likely take this fight to the cage and make it a dirty boxing match, which he will win late in the 2nd round.

Other Fights to Watch

The third fight that we want to talk about this week is between Karolina Kowalkiewicz and Michelle Waterson. This fight interests me for the fact that Waterson is a big underdog that has a great chance of winning this fight. Waterson is +128 in this fight and I think wins the fight. She is much more diversified and well rounded over Kowalkiewicz. Waterson will put pressure on Kowalkiewicz, which we saw last time that she doesn’t handle well. She lost via 1st round KO last time and the only time she does well is when she is able to keep distance from her opponent and take the fight to a point contest and win a decision. She has never won a fight in the UFC by anything other than a decision. Not this time! Waterson wins!