UFC on ESPN 1: N’Gannou vs. Velasquez 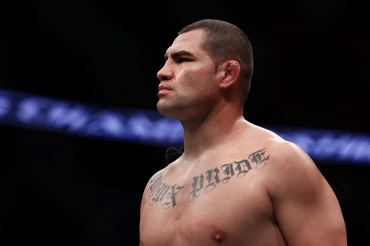 The UFC is back in action this week with one of the best cards on paper in many months! UFC on ESPN 1 will take place on Saturday Night, February 17, 2019, from the Talking Stick Resort Arena in Phoenix, Arizona. The MMA powerhouse is putting on a 13 fight card that is headlined by a big Heavyweight battle!

Everyone loves a good Heavyweight war, and this one certainly won’t let the viewing public down. Former UFC Heavyweight Champion Cain Velasquez will step in the cage for the first time since July 9, 2016, when he faces former UFC Title Contender Francis N’Gannou.

In the Co-Main Event, we will see a Lightweight battle between James Vick and Paul Felder. There are 13 fights slated on this card and from an MMA fan’s perspective, there are some great fights for ESPN.

The Main Event for UFC on ESPN 1 is Cain Velasquez vs. Francis N’Gannou. This is sure to be one of the best fights on the card as both fighters have a nice history behind them and each has a path to victory in the fight.

Cain Velasquez is the former UFC Heavyweight Champion and comes in with a 14-2 record. His two losses come against Junior Dos Santos and Fabricio Werdum, both by finish (1 KO and 1 SUB). Velasquez is a very strong wrestler that has some of the best takedowns in the Heavyweight Division. Velasquez has wins in the UFC over the likes of Junior Dos Santos, Antonio Silva, Brock Lesnar, and Antonio Rodrigo Nogueira.

Francis N’Gannou enters the fight with a record of 12-3. He is coming in fresh off a 1st round stoppage of Curtis Blaydes. N’Gannou TKO’d Blaydes in the first round of the UFC Fight Night 141 event back on November 24, 2018. He has gone 1-2 in his last 3 fights and now gets to face potentially his most dangerous opponent in Cain Velasquez. N’Gannou is very reliant on a striking match and doesn’t do well when the fight gets taken to the ground.

That is exactly what I think we will see here on Saturday Night. Cain has far superior wrestling and should have no problems taking this fight down to the mat and making N’Gannou carry around Cain’s weight throughout the first and second round. N’Gannou has already shown that he has issues with cardio and being 254 lbs and carrying around Cain’s body weight of 240 lbs, it’s going to be a long night for the big man from Cameroon!

The Co-Main Event for UFC on ESPN 1 is in the Lightweight Division between James Vick and Paul Felder. This fight is interesting in the fact that both guys are predominantly strikers and both could be setting themselves up for big paydays.

James Vick is 13-2 overall and has gone 9-2 in the UFC, not including his time on the Ultimate Fighter. Vick is huge for this division, standing 6’03 and always has a reach advantage over his opponent. That being said, in his last fight, Vick was completely overwhelmed by Justin Gaethje, and KO’d in the first round. Vick claims that he had the worst weight cut of his career for that fight, but he was obviously not the better fighter as he was completely manhandled by a much smaller Gaethje.

Paul Felder is 15-4 overall and is coming in off a loss against Mike Perry, where he moved up to Welterweight as a replacement fighter when Yancy Medeiros fell out due to injury. Felder is a team player and took the fight knowing he wouldn’t need to cut weight, and he did very well against Perry considering he injured his arm in the first round and basically fought one-handed in rounds 2 and 3.

If Felder can get in tight on Vick, this one may end very early. When Felder fights strikers and guys that will throw down with him, he normally finds success, and I think that will happen once again here on Saturday Night. Felder is a -120 favorite, and I think he ends up getting the decision victory over James Vick.

Top Play Of UFC on ESPN 1

Myles Jury enters this fight as a -150 favorite, and it truly makes me scratch my head on why? Not why he is the favorite but why he isn’t a much larger favorite. In my opinion, he should be no less than -220 over Andre Fili but hey, if Vegas wants to give us a nice little gift, take it and run! Jury is 17-3 and had his win streak disrupted in his last bout by Chad Mendes, in a 1st Round KO. Fili hasn’t KO’d anyone since 2015 and I can’t see it with Jury. Myles wins and collects at -150.

Tonight’s NBA betting schedule is lacking in overly compelling matchups, but tonight’s action will also be taking place with a few notable names missing. Booker, Morant, and Lillard Sidelined Tonight and Beyond Booker Out Versus Pistons Due to Hamstring Injury The Phoenix Suns lost Devin Booker (hamstring) on Tuesday against Golden State but closed out END_OF_DOCUMENT_TOKEN_TO_BE_REPLACED