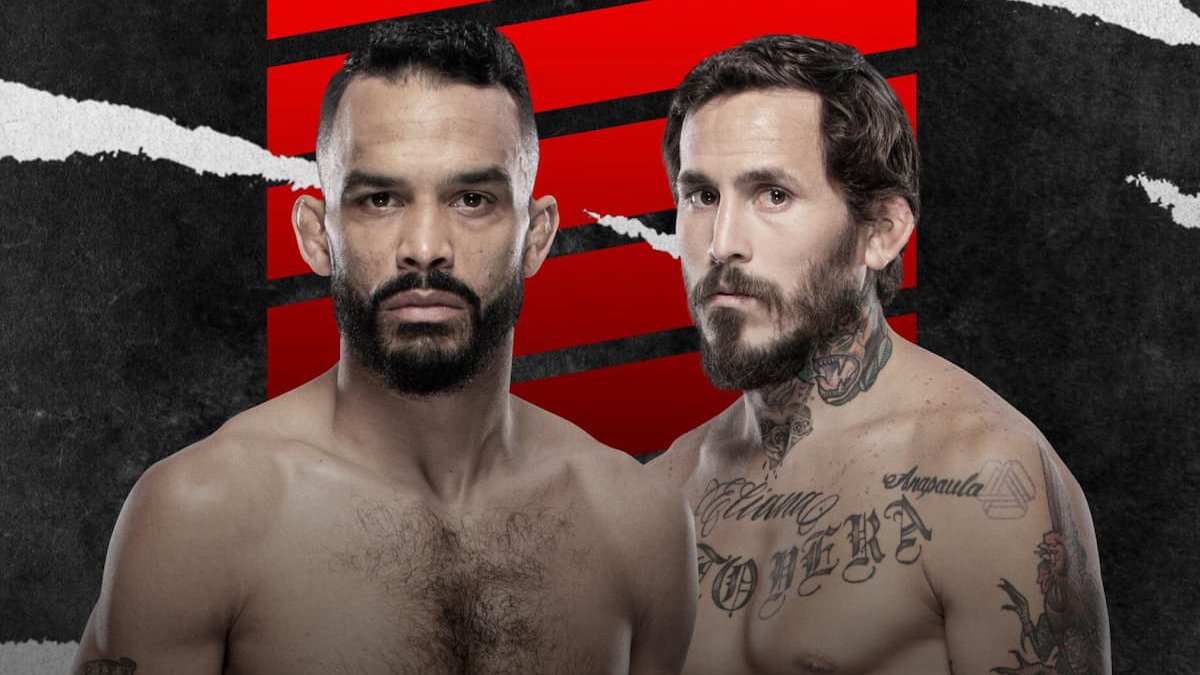 MMA fans have some action to look forward to in the form of UFC Fight Night: Font vs. Vera, which is set to take place on Saturday, April 30.

AS with most of the Fight Night cards in recent years, this event will also take place from the UFC Apex in Enterprise, Nevada.

Also known as UFC Vegas 53, the upcoming event will be headlined by a bantamweight bout between Rob Font and Marlon Vera. Both men are top-10 fighters in their division and will look to inch closer to a title opportunity with a victory.

There are plenty of other matches to look forward to this weekend, but all the action can be hard to track.

Fortunately, everything you need to know about UFC Fight Night: Font vs. Vera is in this guide, ranging from the latest odds to a prediction.

When is UFC Fight Night: Font vs. Vera?

Where is UFC Fight Night: Font vs. Vera?

What time does UFC Fight Night: Font vs. Vera start?

How can I watch UFC Fight Night: Font vs. Vera?

The preliminary card can either be watched on ESPN2 or ESPN+. When it comes to the main card, that will air both on ESPN and ESPN+ as well.

The UFC Fight Night: Font vs. Vera odds listed below are via FanDuel Sportsbook.

Font was recently on a roll over the last few years, winning four fights in a row before losing his last outing by unanimous decision to José Aldo back in December.

Font is one of the best bantamweight fighters on the planet today and has never lost two fights in a row. Expect him to dig deep and give his opponent quite the challenge.

Vera also recently lost to Aldo, however, his defeat came in December 2020. The 29-year-old has since rebounded from the loss, winning each of his last two fights.

Vera’s last victory came when he knocked out Frankie Edgar at UFC 268 last year, taking home ‘Performance of the Night’ honors in the process.

Fans will be treated to a heavyweight spectacle when Andrei Arlovski (33-20-0) and Jake Collier (13-6-0) meet for the night’s co-main event.

Arlovski is a veteran fighter who’s hit his stride recently. He’s gone 5-1 in his last six fights and has since won three in a row. Each of those victories has come by decision, showing that the Belarusian’s game is continuing to evolve as the years pass.

Meanwhile, Collier has been alternating wins and losses ever since 2014, unable to string together consecutive victories. He forced Chase Sherman to submit in his last outing and will try to do the same to Arlovski, whose last loss came via submission.

Fili has had a tough time building momentum in his recent outings. He’s won just one of his last three fights and while things were looking promising in his last outing against Daniel Pineda, an accidental eye poke to the latter forced the bout to be ruled a no-contest.

At the same time, Brito’s looking to rebound after a loss to Bill Algeo in January ended his 10-fight win streak. It was only his second-ever UFC fight, so it’ll be interesting to see if he can re-discover his momentum against a veteran like Fili.

Gordon made his return to the lightweight division at UFC Vegas 38, defeating Joe Solecki by split decision. He’s now won three fights in a row and four of his last five as he looks to keep the ball rolling.

Dawson was alsoon a hot streak himself, winning eight fights in a row before fighting Ricky Glenn to a draw in his last outing. He’s also only fought twice in UFC’s lightweight division, so it’ll be interesting to see how he fares.

This weekend’s festivities will also include a featherweight fight between Darren Elkins (26-10-0) and Tristan Connelly (14-7-0).

Elkins has struggled to find much success lately, going 2-5 in his last seven outings. Cub Swanson defeated him by TKO in his last fight back in December, leaving fans to wonder how he’ll rebound.

On the other hand, Pat Sabatini defeated Connelly, by unanimous decision, in the latter’s most recent fight. Connelly had won five fights in a row before that, leaving time to tell if he can find that magic again.

Another fight worth keeping an eye on is the middleweight tilt between Krzysztof Jotko (23-5-0) and Gerald Meerschaert (34-14-0).

Jotko has been building himself up by going 4-1 in his last five fights, winning each of those bouts by decision. That bodes well for him against his opponent, who’s 2-3 all-time when his fights go the distance.

Speaking of Meerschaert, the 34-year-old enters this fight after winning his last three in a row. Each of those fights ended by submission, however, that trend may not continue since Jotko hasn’t tapped out since 2014.

Figueiredo is 3-1-1 in his last five fights but has only won one of his last three bouts that have gone the distance. Meanwhile, Lacerda is 3-1 in his last four outings, with each of his victories coming during the first round.

Romanov has been undefeated for a reason and it’s unlikely that Sherman (who’s on a three-fight losing streak) will pose a serious threat.

Two relative newcomers will embark in welterweight action when Yohan Lainesse (8-0-0) and Gabriel Green (10-3-0) collide in the octagon.

Lainesse made his company debut in Dana White’s Contender Series last November, defeating Justin Burlinson by KO. He’ll have a tough task against Green, who may not be undefeated, but is 7-1 in his last eight fights.

Levy won six straight fights to start his career before losing to Rafa Garcia by decision in his last fight. Breeden’s also looking to bounce back after Alexander Hernandez knocked him out in Round 1 of their fight back in October.

Each of Mazany’s last five fights has ended by TKO, however, three of them saw her on the losing end as she’s gone 3-5 since joining UFC. Young has also struggled to win lately, losing three of her last four bouts, including her most recent to Stephanie Egger by TKO.

Taira has been dominant throughout his MMA career, with only one of his fights making it beyond Round 2. He’s also won each of his last three bouts by submission. Meanwhile, Candelario looks to rebound after a split decision loss to Victor Altamirano handed him the first loss of his MMA career.

The 2022 Formula 1 season is only six races deep, but the race for this season’s championship alerady appears to be down to just two drivers. Last season, Red Bull driver Max Verstappen claimed his first Formula 1 World Drivers’ Championship in highly controversial circumstances, with Lewis Hamilton denied what would have been a record-breaking END_OF_DOCUMENT_TOKEN_TO_BE_REPLACED