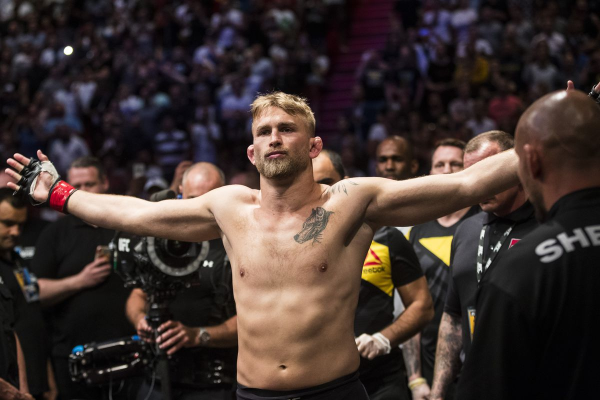 It seems like a distant memory that Manuwa was putting it all together and seemingly making a run towards the light heavyweight title. Now those hopes seem out of reach, as he has lost his last three fights, twice by being knocked out.

Rakic, on the other hand, is a surging young prospect. The 27-year-old Austrian is on an 11-fight win streak since losing his first professional bout. While Manuwa will be the first real name on the opposite side of the octagon, Rakic has looked solid against the middling competition he has faced so far. Rakic will do enough to keep Manuwa moving and working on that gas tank. We already know that Manuwa’s aging chin (he is 29 years old) has not held up lately. Look for Rakic to capitalize and knock Manuwa out in the first or second round. (Rakic -225).

Many pundits are calling for Latifi to steamroll through Oezdemir, but I am not quite sure. Latifi has only lost four times since 2013, and his trajectory seems to be aiming up despite a recent loss to Corey Anderson. Oezdemir, on the other hand, has lost three fights in a row but was challenging for the light heavyweight title just over a year ago.

I think Oezdemir has the tactical advantage here as he can keep Latifi at range and gas him out. Latifi faded at the end of the Anderson fight, and Oezdemir’s path to victory is very similar. Oezdemir’s last time out was a contentious split decision that I thought should have gone his way. He will be out there looking for some vengeance, and he will right the ship. Take Oezdemir by decision. (Oezdemir -125).

Anthony Smith has certainly resurrected his career as of late and is often seen as one of the most battle-tested fighters on the UFC roster, despite being just 30 years of age. He has not had much of his success by being the most talented fighter, but his style and strategy have certainly gotten better over the last two years. Once again he will have his back to the wall as he heads to Sweden to take on Stockholm’s favorite son, Alexander Gustafsson.

Gus is the more athletic and talented fighter, but Smith has a major factor working in his favor. Smith is coming off of a fight against a tall, rangy fighter, just like Gus, but who happens to be the best fighter on the planet. He can use what he learned in that fight to help him in this battle on hostile territory. While I think this fight could go either way, I like Smith here to pull a major upset and get a stoppage late against The Mauler. (Smith +240).