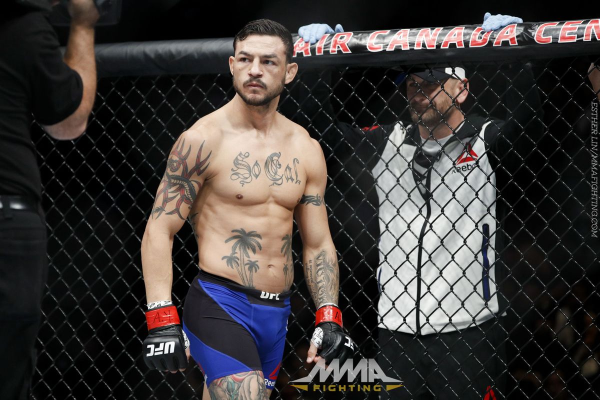 The main event at UFC 151 is excellent in terms of what the fight means for each fighter, and there are fun fights up and down the card. The UFC schedule is always crushing, but this is one of the cards that is worth your time, especially if you have no plans to watch the Alvarez-Jacobs boxing match on DAZN. Anyway, here are the best three bets of the card, in order of confidence.

Yes, the most confident pick of the night is an upset. Perhaps I just do not see Burgos in the same light as everyone else after he was systematically picked apart by Calvin Kattar. This is a crucial fight for both men. A win for Swanson is necessary for him to stay near the top of the featherweight division. Swanson’s recent losses have been against guys who can put him on the mat. There is none of that here. Burgos will stand and trade with Swanson, and as we have seen in the past, that is a very dangerous thing to do. Swanson should get the better of Burgos in an exciting slugfest and knock him out in the 2nd or 3rd round.

Katona currently sits undefeated, but this is by far the toughest task of his career. Dvalishvili should be able to maintain a reckless pace for all three rounds which is not something that Katona is used to as his prior competition has largely gassed out against him. Katona also has never faced constant pressure like Merab is sure to bring. He has never had to react to something like that, and usually it does not go well the first time around.. Dvalishvili should manage to win rounds with aggression and volume, and Katona probably will not be able to fall back on his wrestling. If he does wrestle, Dvalishvili should be able to scramble out and get back to his feet. The pick is Dvalishvili via decision.

This line started out with Al as a much bigger favorite, but some money has been coming in on Cowboy late. This is an absolutely great match up. Iaquinta seems to have the kryptonite for Cerrone as his ability to walk forward while absorbing damage has been Cerrone’s weakness in the UFC. There are big concerns for Cerrone as Iaquinta is a smart enough boxer to work on Cerrone’s notoriously weak body, and the New Yorker is a much more proven five-round fighter at lightweight especially after his battles with Kevin Lee and the current champion Nurmagomedov. What once was a clear advantage for Cowboy on the mat may not be so much anymore. Expect a fun fight, and while I will be rooting for Cowboy, I think Al gets the job done on the body of Cerrone to take a close decision.