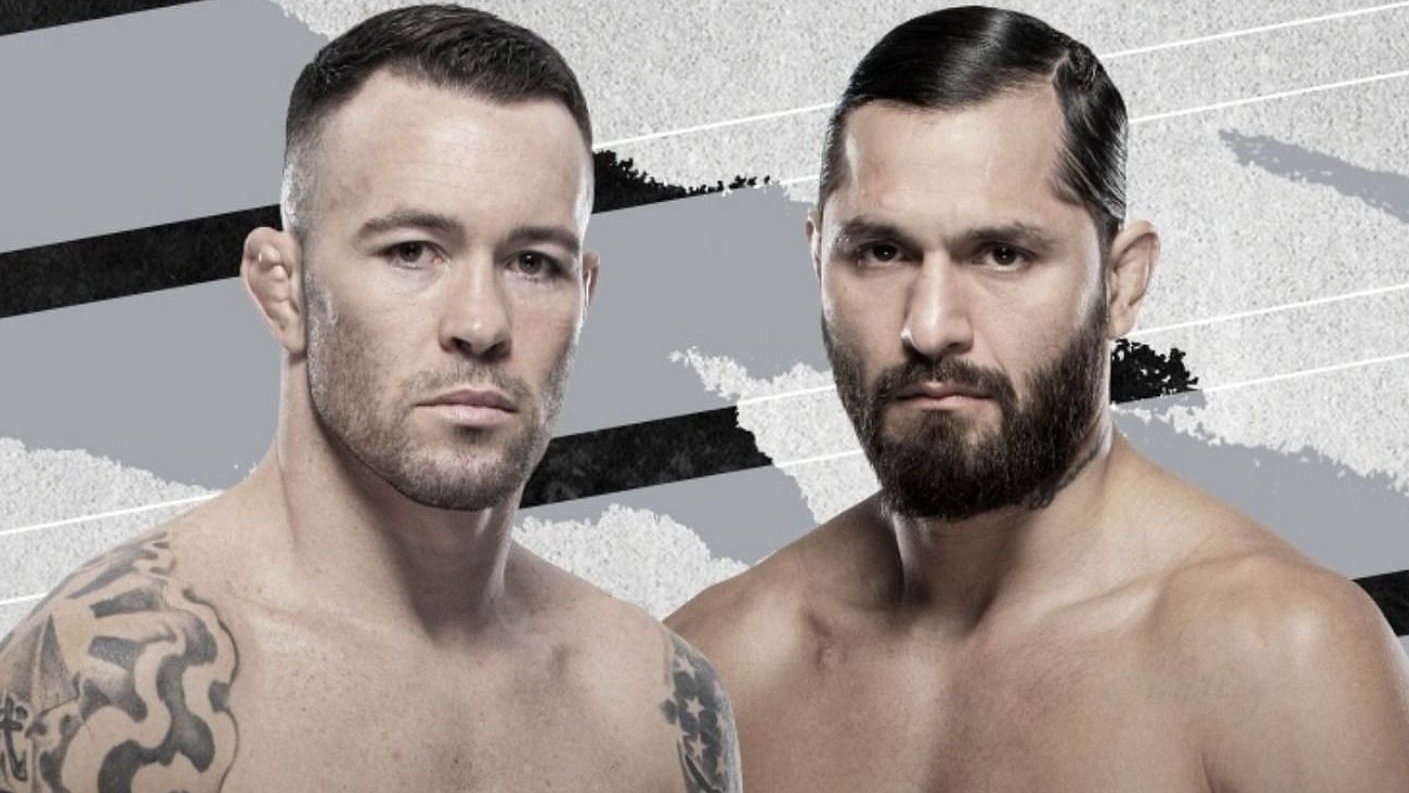 The next pay-per-view event on the UFC’s schedule — UFC 272 — is quickly approaching. The star-studded affair is scheduled to take place on Saturday, March 5, live from T-Mobile Arena in Las Vegas, Nevada.

The festivities will be headlined by former interim UFC Welterweight Champion Colby Covington and the always dynamic Jorge Masvidal.

With a card as big as this, it can be tough for fans to keep track of everything — especially if you’re looking to place some bets to add extra excitement.

That’s why this guide has everything you need to know about UFC 272, from the fight card to the odds for each bout.

Initially, UFC 272 was also set to feature these bouts:

However, Fiziev (tested positive for COVID), Eye (injury), and Gonzalez (injury) all withdrew from their bouts.

All odds are from BetMGM.

However, injuries caused them to be pushed back, resulting in Colby Covington (16-3-0) vs Jorge Masvidal (35-15-0) becoming the new main event.

Both fighters’ lost to UFC Welterweight Champion Kamaru Usman in their last fight, so they’ll be looking to rebound in a big way. Covington went the distance with the champion but lost via unanimous decision, while Masvidal suffered a knockout loss in the second round.

The difference in those losses is likely why the former is the heavy -375 favorite, with a victory potentially leading to another title shot.

The original UFC 272 co-main event was supposed to be a lightweight bout between Rafael Dos Anjos and Rafael Fiziev. Unfortunately, Fiziev contracted COVID-19, so the replacement fight will be a catchweight bout (160 lbs) between dos Anjos (30-13-0) and Renato Moicano (16-4-1).

A former UFC Lightweight Champion, dos Anjos hasn’t been performing that well lately. He’s 2-4 in his last six outings, with each loss coming via unanimous decision. He hasn’t fought since he defeated Paul Felder at in November 2020, so it’ll be interesting to see what shape he’s in.

Meanwhile, Moicano was last seen less than a month ago when he defeated Alexander Hernandez, by submission, at UFC 271. While he’s 3-1 in his last four fights, the quick turnaround might be tough for him to handle.

The undefeated Bryce Mitchell (14-0-0) will square off against UFC veteran Edson Barboza (22-10-0) in what’s sure to be an entertaining featherweight bout.

Mitchell has shown a lot of promise during his UFC stint, winning each of his four bouts under the promotion. Three of those victories came by unanimous decision, so it’ll be interesting to see if this fight also goes the distance.

On the other hand, Barboza hasn’t been able to build momentum for quite some time. The 36-year-old is 3-6 in his last nine outings and is coming off a TKO loss to Giga Chikadze in August. Nevertheless, Barboza is the No. 10-ranked featherweight fighter, with Mitchell being right behind him at No. 11.

A win for either man will surely create separation in the rankings, potentially moving them one step closer to a championship opportunity.

Alex Oliveira (22-11-1) will enter his bout against Kevin Holland (27-7-0) looking to avoid the longest losing streak of his career.

The 34-year-old has lost three straight fights, with two coming via submission and the third (and most recent) being a unanimous decision loss to Niko Price back in October.

Holland will also be looking to make up so moment due to it being a while since he’s won as well. Things were looking promising when he faced off against Kyle Daukaus at UFC Fight Night: Santos vs. Walker a few months ago, but the bout was ruled a no-contest when the two clashed heads and Holland was left unconscious.

Fans will be treated to heavyweight action at UFC 272 when NFL player-turned-fighter Greg Hardy (7-4-0) goes one-on-one with Sergey Spivak (13-3-0). Both fighters have been knocked out in their most recent showings, so there’s a lot of pride on the line here.

Neither fighter is in the top 15 when it comes to the UFC’s heavyweight rankings, which is why it’s important that they impress in any way possible.

That’s especially true for Hardy, who’s been knocked out in each of his last two fights, making a win absolutely necessary to keep his UFC dream alive.

One of the more underrated UFC 272 fights is a lightweight match scheduled between Jalin Turner (11-5-0) and Jamie Mullarkey (14-4-0).

Both men have looked dominant during their respective win streaks, with Mullarkey winning each of his last two fights by KO/TKO, while Turner has scored a pair of submission victories and a TKO win his three-bout streak.

Rodriguez looked extremely impressive in her most recent victory coming over No. 5 Mackenzie Dern, while Yan suffered a second-round TKO in her last fight against Carla Esparza.

Only time will tell if both women’s careers continue in the same trajectory or if they’ll swap fortunes.

Another intriguing bout to keep an eye on is the light heavyweight tilt between Nick Negumereanu (11-1-0) and Kennedy Nzechukwu (9-2-0). After losing his UFC debut, Negumereanu has rattled off two straight victories, including a first-round TKO against Ike Villanueva.

Meanwhile, Nzechukwu is the odds-on favorite despite suffering a KO loss to Da Un Jung in his last showing in November.

Regardless, both fighters pack the power to potentially steal the show on the preliminary card.

A second women’s bout on the UFC 272 preliminary card will feature a clash between Mariya Agapova (10-2-0) and Maryna Moroz (10-3-0). Both competitors are evenly matched and looking to make a real dent in the flyweight standings.

Agapova did defeat Sabina Mazo via submission in her last fight, whereas Moroz needed to go to the judge’s table to score the unanimous decision over Mazo.

In what’s the most lopsided fight of the card, UFC veteran Brian Kelleher (24-12-0) will go one-on-one with the surging Umar Nurmagomedov (13-0-0).

Kelleher has gone 2-0 since his return to the bantamweight division, but he’s certainly going to have a tough time with his opponent.

Nurmagomedov is undefeated and easily disposed of Sergey Morozov with a rear-naked choke in his UFC debut. Look for him to go all out as he tries to get out of his cousin Khabib’s shadow.

UFC newcomer Tagir Ulanbekov (14-1-0) will look to continue his momentum when he faces off against Tim Elliott (17-12-1) in flyweight action.

Ulanbekov has looked great in his first two UFC showings, defeating both Bruno Silva and Allan Nascimento by decision.

On the other hand, Elliott has lost five of his last eight showings and seems to be on the downswing of his career.

Erick Gonzalez withdrew from UFC 272 on Feb. 24 due to a foot injury, leaving Devonte Smith (11-3-0) without an opponent. However, it’s been announced that Ludovit Klein (17-4-0) will take Gonzalez’s spot.

Both fighters could desperately use a win. After a 10-1 start to his MMA career, Smith has last two of his last three outings, with both losses coming via TKO.

Meanwhile, Klein has lost back-to-back fights for the first time in his own career, with the most recent defeat coming at the hands of Nate Landwehr, via submission, back in October 2021.

Michał Oleksiejczuk (16-4-0) and Dustin Jacoby (16-5-1) will collide in an early preliminary light heavyweight bout at UFC 272.

After a shaky stretch, Oleksiejczuk has gotten back on track, scoring wins over Shamil Gamzatov and Modestas Bukauskas in his last two outings.

It’ll be interesting to see how he holds up against Jacoby, who hasn’t lost a fight since January 2015, going 6-0-1 in his last seven performances.

It has been a miserable month for the Seattle Mariners, and things are unlikely to get any better tonight as they welcome AL Cy Young Award favorite Justin Verlander and the Houston Astros to T-Mobile Park. After just missing out on the MLB playoffs last season, the Mariners entered this season with hopes of finally END_OF_DOCUMENT_TOKEN_TO_BE_REPLACED