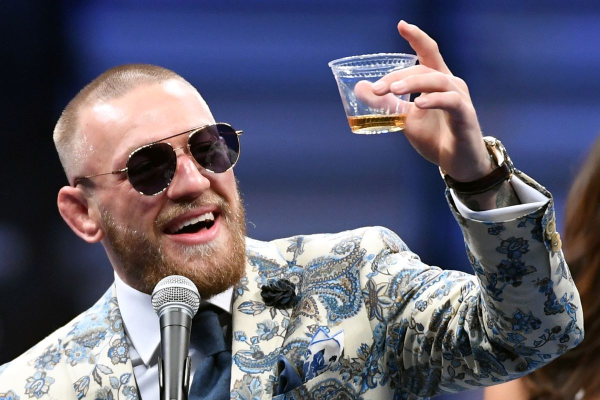 The granddaddy of them all is finally upon us, the greatest MMA Fight and most anticipated Mixed Martial Arts bout of all time will take place this Saturday Night, October 6, 2018. There are 12 fights scheduled to take place but the reality is everyone has their eyes on the Main Event between ConorMcGregor and Khabib Nurmagomedov.

This fight takes center stage and will have thousands upon thousands of fight fans tuning in to catch what most feel is the biggest fight of all time. There is no secret that McGregor and Nurmagomedov absolutely hate each other and despise the thought of the other fighter beating them.

The saga between these two started way back in April at UFC223 and has continued on for 6 months, coming to an end on Saturday Night, as they lock the door on the cage and a winner will be the last man standing.

As you can see, the path to victory over McGregor is by submitting him but getting there is easier said than done. McGregor is a very talented striker that has recorded 18 of his 21 wins by KO. McGregor doesn’t really look like it but he has very strong and crisp striking, with one punch KO power. If he lands a strike on the chin of his opponent, he will put them to sleep!

Khabib Nurmangomedov is 26-0 and is also 30 years old. Khabib stands in at about 5’10 and has a reach of 70-inches. Khabib’s wrestling is on another level and no one has really been able to defend his takedowns. He is landing 5.44 takedowns per round but when he gets his opponent on the ground, he really doesn’t have that submission game that you would expect.

Khabib has won 8 fights by KO, 8 fights by submission and 10 fights by decision. Khabib likes to take his opponents down and ride them out for 5 rounds, exhausting them and forcing them to dip down into the cardio reserve, to even be able to stand at the end of 5 rounds.

My outlook on this fight is simple. Khabib has shown that he can be weak mentally in the past and it already appears that Conor has gotten into his head. McGregor is the KING of mental warfare and this will only get worse as the week plays out, leading up to fight night. When they get into the cage, all that pent-up aggression that Khabib has built up will come out in the first round in the way of an adrenaline dump. Once that happens, its all downhill from there. Conor will slowly begin picking him apart, and eventually, Khabib will go in for a takedown and McGregor will catch him with a uppercut that will end the fight.

Here’s a look at some of the more interesting props currently being offered:

We are going to go right back to the Main Event for our top play. I truly believe that Conor McGregor is going to KO Khabib Nurmagomedov in either the first or second round. His striking is so much better than what Khabib has and it will be trouble for Khabib to fend off those strikes.

Additionally, he has KO’d some of the top strikers in the division, whom no one thought he would be able to do. Khabib’s striking doesn’t even compare to some of those guys. Sure, its a possibility that Khabib could just come in and take him down and lay on him all night but I think Conor is too smart for that. Conor McGregor wins this fight via KO.

The top underdog this week is Ovince St. Preux at +191. St. Preux is fighting Dominic Reyes, who is 9-0. Reyes is very limited in his experience and even those that he has fought, are nowhere near the caliber of fighter that St. Preux is. This is an extreme step up in competition for Reyes and will be too much for him to handle! I think St. Preux finishes him in the second round!