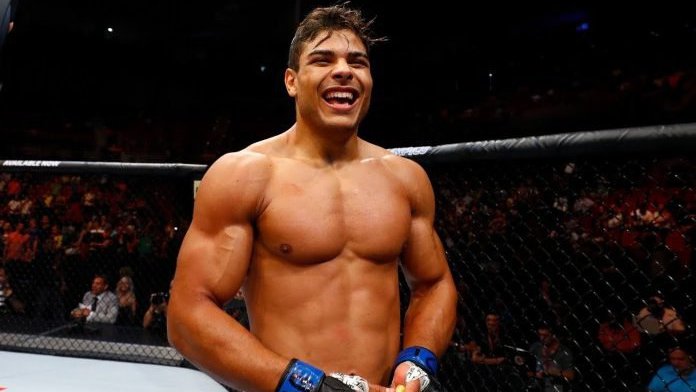 This fight means different things for both men. On one hand, a victory would bring the No. 6-ranked Costa one step closer to his second-ever middleweight championship opportunity. On the other, this matchup also marks Rockhold’s return to the octagon for the first time in three years.

There’s a lot to take into account ahead of the UFC 278 co-main event, but Betting News has you covered. Here is a look at the latest Costa vs. Rockhold odds from various sportsbooks before the duo collide on Saturday.

A slew of injuries has held Rockhold out of the octagon for just over three years. The former middleweight champion was making quite a name for himself before being put on the shelf. Now, he makes his highly-anticipated return at UFC 278.

Unfortunately, things don’t project well for the 37-year-old in Salt Lake City. Rockhold is the clear-cut underdog across the board, with his best odds sitting at +250 on FanDuel Sportsbook. In other words, that’s an implied probability of just 28.6% when it comes to him potentially beating Costa.

It isn’t hard to see why Rockhold is the underdog, though. He was on quite the skid before his hiatus, losing three of his last four fights — including when he lost the UFC Middleweight Championship to Michael Bisping.

Making matters worse, each of those losses came by KO.

Meanwhile, Costa enters UFC 278 coming off of back-to-back losses for the first time in his career. “The Eraser” was 13-0 when he challenged Israel Adesanya for the UFC Middleweight Championship at UFC 253, only to be knocked out. He then made his light heavyweight debut last October but lost to Marvin Vettori by unanimous decision.

Nevertheless, Costa has been in the cage a lot more recently than his opponent. The fact that Rockhold kept getting knocked out in his most recent fights is also promising for the 31-year-old Brazilian, who’s won 11 fights by KO/TKO.

At the end of the day, this is an extremely tough test for Rockhold in his return. Yes, Costa is in a bit of a slump, but his only middleweight loss was to Adesanya, who’s been virtually unstoppable.

Unless Rockhold looks as he did when he was champion right off the bat, it could be a long night for the former World Jiu-Jitsu Champion.

As usual, FanDuel Sportsbook has UFC 278 markets that let fans wager on more than just the moneyline. In fact, these markets can even give you an idea of how Costa vs. Rockhold might unfold.

When it comes to method of victory, Costa is favored at -160 to win by KO/TKO. Again, that’s unsurprising given that he’s 11-1 when his fights are decided by knockout, whereas Rockhold is 6-5 in that same scenario.

Speaking of Rockhold, his top method of victory is to win by decision at +550. He’s won his two fights that have ever gone the distance, however, FanDuel is favoring that the fight won’t head to the judges’ table at -330.

For more value, method & round combo betting is worth looking into. As it stands, Costa is favored to end the title by knockout in the first round at +220. Of his 11 career knockouts, eight of them occurred in Round 1.

As great as it will be to see Rockhold back in a UFC octagon, he’s going up against a top-six middleweight. Costa is no slouch and is hungry to bounce back after his last losses. With how dominant he was before, it’s hard imagining the former champion pulling off the upset.

Keeping that in mind, I’m going with Costa winning by KO/TKO in Round 1 at +220 as the best bet here. I don’t think Rockhold is ready to go the distance just yet and given that he was knocked out three times in his last four outings, history could easily repeat itself.

Other UFC 278 Stories on Betting News