MMA Picks and Preview for UFC on Fox 31 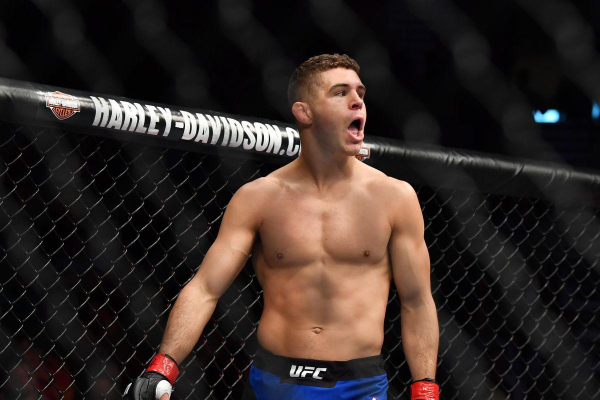 UFC on FOX 31 will take place this weekend, from Milwaukee, Wisconsin as the final event held on FOX. The UFC will be taking their fights to ESPN starting in January and this is the final UFC on Fox card scheduled for the partnership between UFC and FOX.

The Main Event for UFC on Fox 31 will feature two Lightweights ranked just outside the area where they will get a title shot. The winner of this fight will certainly set themselves in a prime position to get a contender shot in the very near future.

The fight is a rematch from UFC 169, where “Raging” Al Iaquinta will take on the “Motown Phenom” Kevin Lee. In their first fight, Iaquinta defeated Lee by unanimous decision but that fight was back on February 1, 2014. Since that fight, Lee has gone 10-2 in the UFC and Iaquinta has gone 5-2.

One thing you have to take into consideration when looking at those records is the fact that Iaquinta has been very limited on fights due to his career as a real estate agent and his disputes with the UFC admin on contract negotiations. Another thing to remember is Iaquinta has one loss, in his last fight, against current UFC Lightweight Champion Khabib Nurmagomedov, which he took on less than 2 days notice. Iaquinta went 5 rounds with the champion and actually looked pretty good in the process. Many people feel that had he had a full camp to prepare for someone with the grappling skills as Nurmagomedov, he may have been able to pull off the win against the Russian.

Iaquinta’s wrestling is drastically underrated and his striking is some of the best in the UFC at the Lightweight level. Iaquinta beat Lee in the first fight, so there is no reason to believe he won’t be able to do the same in this fight.

Lee has split his last two fights, one against Edson Barboza, where he secured the win via 5th round doctor’s stoppage and a loss against Interim Lightweight Champion Tony Ferguson, where he was submitted in the 3rd round.

One thing that stood out to me in the open workouts of this fight was the fact that Lee kept favoring his hamstring. He grabbed at it multiple times and even started out the workout by using a roller to stretch out the muscle. Lee is a wrestler and will need that hamstring to push off and get takedowns. If he isn’t 100%, he could be in a world of trouble.

The bottom line here is Iaquinta has already showed that he can beat Lee but for whatever reason, the oddsmakers in Las Vegas think differently as they have made Iaquinta the +309 underdog in the fight. That is simply too much value to leave on the table in a fight that is basically even with talent!

Rob Font -160 over Sergio Pettis – With the UFC talking about doing away with the Flyweight Division, we are seeing a lot of flyweight fighters moving up to bantamweight to continue their careers in the UFC. That may work for some of the guys that cut a lot of weight but for those guys that don’t cut much weight and now move up to fight much bigger guys, they are going to struggle. Font is a very high level striker that will have a major size advantage and should get the win in this fight.

Adam Milstead -145 over Mike Rodriguez – Milstead use to fight at Heavyweight and made the drop down to 205 to compete with smaller guys. Milstead retained his power and is a very strong wrestler. He should have a advantage both on the ground and in striking. Rodriguez hasn’t done anything to impress and is going to be outclassed in this fight.