MMA Picks and Preview for UFC on Fox 30 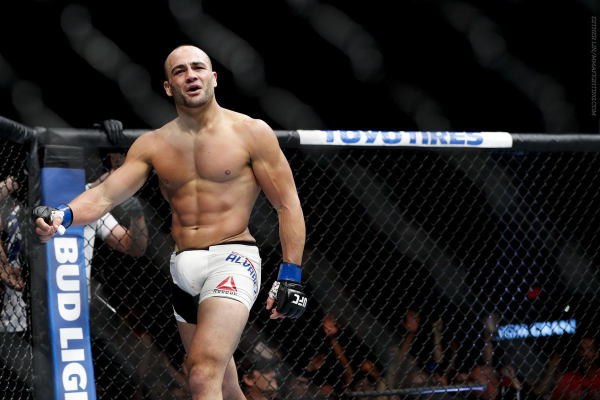 This week, the UFC heads north of the border to Calgary, Alberta, Canada for UFC on Fox 30.  This fight card will take place at the Scotiabank Saddledome and should be an amazing event! There are several really good fights slated to take place including three former UFC Champions on the card!

The card will start at 4:00 PM ET.  You can watch the UFC Fox 30 Early Prelims over on UFC Fight Pass, then turn over to Fox to watch the Prelims and the Main Card.

Many people, including myself, felt that had the fight continued, Poirier was on his way to a defeat.  He was getting manhandled in the second round and it is highly unlikely he would have made it through the round, had the knee strike not came.

Alvarez has since gone 1-0, knocking out Justin Gaethje back in December 2017 at UFC 218.  For Poirier, he has gone 2-0 with a 4th round KO of Justin Gaethje in April 2018 and Anthony Pettis due to a doctor’s stoppage from a rib injury in November 2017.

This fight is pretty tough to handicap but I give an ever so slight edge to Eddie Alvarez.  Alvarez is always in a fight and has the one punch KO power to effectively end a fight at any given point in the fight. I’m calling for an Eddie Alvarez 3rd Round KO in this fight.

Alex Morono is one of the most underrated fighters in the UFC.  He is 14-4 overall and has gone 3-1-1 in the UFC. Realistically, he should be 4-0-1 but some crazy judging decision cost him a split decision against Keita Nakamura.

He will now face Jordan Mein, who has looked anything but spectacular inside the octagon going 4-4 in the UFC and losing 3 of his last 4 fights overall.  Mein has a 30-12 record inside the cage but is very laid back in his fights. He likes to sit and wait for his opponent to make a mistake, then capitalize on it.

That won’t happen with Morono because if you wait too long, you will go to sleep!  Morono wins this fight as a -110 favorite.

Dustin Ortiz comes into his fight off back to back wins against Alexandre Pantoja and Hector Sandoval.  Ortiz has fought the best of the best in the Flyweight Division and now gets to welcome back Matheus Nicolau back to the UFC after a 7-month break.

This will be just the 2nd time that Nicolau has fought in 24 months, due to the fact that he failed a drug test and accepted a one year suspension back in 2016.  When he returned, he took on Louis Smolka and barely got by with a decision win.

There really is no reason why Nicolau is this much of a favorite and I think the oddsmakers got it wrong.  I’m leaning to Dustin Ortiz to win this fight as a +170 underdog.