MMA Picks and Preview for UFC 231 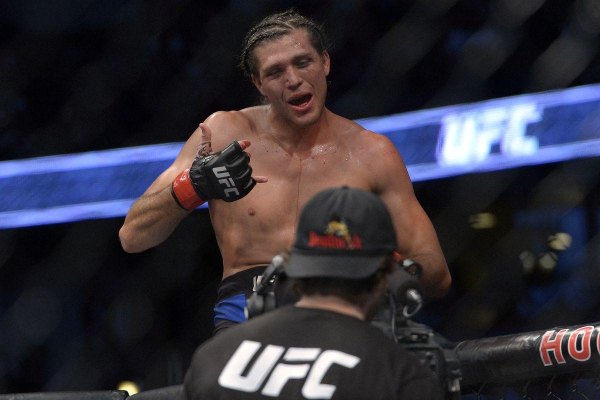 UFC 231 will take place this weekend, on a Saturday Night from the Scotiabank Arena in Toronto, Ontario, Canada. There were originally 14 fights scheduled for this event, but they are down to 12 with various injuries and medical issues.

The card is still one of the best of the year, as they will feature two UFC Title Fights in the Main and Co-Main Events. In the Main Event, we will see the UFC Featherweight Title being decided as current champion Max “Blessed” Holloway looks to defend his UFC Featherweight strap against #1 contender Brian “T-City” Ortega in a 5-round war.

In the Co-Main Event, we will the former UFC Strawweight Champion Joanna Jedrzejczyk move up to the women’s Flyweight Division and take on former Bantamweight contender Valentina “Bullet” Shevchenko for the vacant UFC Flyweight Title.

The Main Event for UFC 231 is the featherweight battle between Holloway and Ortega. This fight was initially originally planned to take place at UFC 226, but Holloway was forced to pull out due to concussion-like symptoms.

Holloway has had some various issues going on including pulling out of UFC 222 in his scheduled title fight with Frankie Edgar due to a leg injury, was forced to pull out of UFC 223 against Khabib Nurmagomedov by the NYSAC due to his weight cut being ruled unreasonable and unsafe and then back in July, when he pulled out of UFC 226 due to the concussion-like symptoms.

Holloway is riding a 12 fight win streak and enters this fight with a record of 19-3. The 27-year old from Hawaii will be making his 3rd title defense, after winning the strap at UFC 206 over Anthony Pettis. Since then, Holloway posted back-to-back 3rd Rd KO victories over Jose Aldo at UFC 212 and UFC 218.

Ortega is undefeated at 14-0 is coming into this fight off a shocking 1st round KO of UFC Future Hall of Famer Frankie Edgar. Ortega has been known for starting slow and finishing strong, but in that fight with Edgar, he came out and ended it quick, making a statement and earning him a shot at the title.

Ortega has one of the best submission games in the UFC’s Featherweight Division and seeing him KO Edgar showed that he has some power to go along with it. Holloway has a tendency of getting sloppy in fights and allowing his pride to put him in spots where he can show he is better than his opponent. If he does that with “T-City,” he will end up in a real bad spot! I like Ortega’s chances of pulling off the upset here. I think his ground game will afford him the opportunity to take more risky chances than it will for Holloway and I think Ortega will submit him late in the 3rd or 4th round.

Claudia Gadelhaover Nina Ansaroff – The odds on this fight aren’t the best, but you can put Gadelha with someone else in a parlay to increase your winnings. Gadelha is -270, and rightfully so. She is coming into this fight off a split decision win over former Strawweight Champion Carla Esparza and has now won 3 of her last 4 fights overall. Gadelha wants the fight against Rose Namajunas for the title and winning this fight, will place her one step closer.

Thiago Santos over Jimi Manuwa – Santos has shown time and time again that he can compete at a very high level. Manuwa has sort of turned into the UFC’s Light-Heavyweight gatekeeper. Every time we think he will contend for the title, he falls back down. He has shown signs of aging and a weak chin and fighting someone the caliber of Santos is a recipe for disaster!