MMA Picks and Preview for Bellator 210 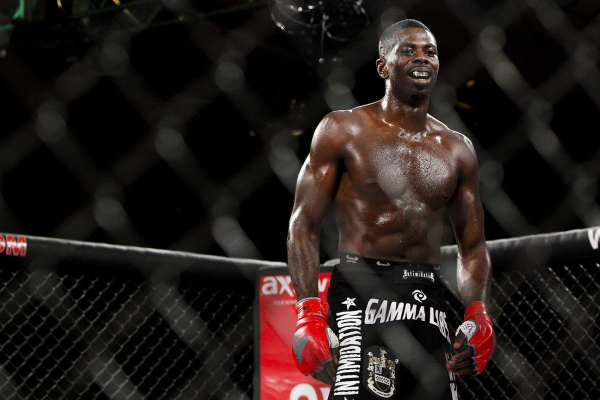 Unfortunately, this article is getting done late as they didn’t release many odds for this card and didn’t release them until 6:00 PM.  The same thing will happen tomorrow for Bellator211, hence the reason it is much better to bet on UFC than it is Bellator.

The Main Event for Bellator210 is Chidi Njokuani vs. John Salter. All though this is the main event, the fight is only slated for three 5-minute rounds. Both of these fighters have shown glimpses of title contention but neither has been able to get over the hump.

Chidi Njokuani is 18-5 overall and enters this fight off a 3 round unanimous decision in his last fight, which was at Bellator 189 on December 1, 2017.  That was his first fight at Middleweight after fighting a majority of his career at Welterweight. The issue is he always struggled with the weight cut and in a majority of the most recent fights, ended up fighting at catch-weights.  He is a predominant striker that has won 6 of his last 9 fights by decision.

John Salter is 15-4 and comes into this fight off a loss at Bellator 205 on September 21, 2018 to Rafael Lovato Jr. by Rear Naked Choke.  Salter had won 7 straight fights heading into that fight with Lovato and basically just got caught, late in the 3rd round by one of Bellator’s best submission specialists.  Salter has wins over the likes of Kendall Grove, Brandon Halsey and Dustin Jacoby.

Njokuani lost 2 fights back in the welterweight division and it was a ugly finish for Andrey Koreshkov.  Now, he moves up in weight and faces a real threat in John Salter. Salter has worked too hard and gets the win here by 2nd round finish!

Our top play in this very limited card is going to be Juan Archuleta at -390.  I know, the odds are terrible but in this very small card that only has 3 fights with posted lines, we have to lean with the certainty and Archuleta offers that security blanket.  He is facing Jeremy Spooky who is completely out of class in this fight. Archuleta dominates this fight from start to finish and gets the win. Play it in a parlay, not flat, so you can get some better value out of the play!

The second play is from the Main Event as we think John Salter will win the fight over ChidiNjokuani. Most people get Njokuani confused with his brother and it costs them.  Salter is better on the feet, better on the ground and has been training tough and harder then ever for this Main Event spot. Salter gets the win at -191!