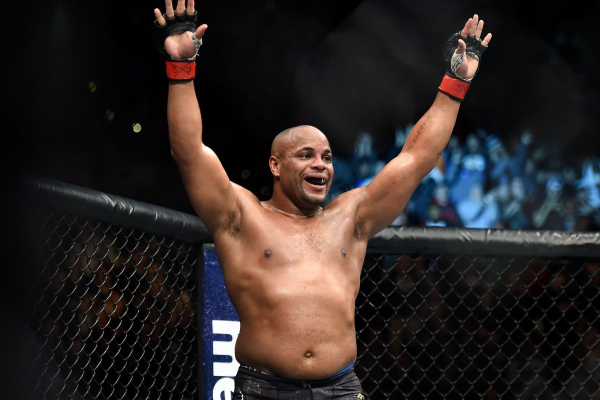 UFC 230 will take place this Saturday Night, November 3, 2018, from Madison Square Garden in New York City, New York.  This card is set with 13 fights and when I tell you this card is completely stacked from top to bottom, trust me when I say it….this one is going to be good!

We will see the UFC Heavyweight Champion Daniel Cormier defend his crown against Derrick Lewis. We will see former UFC Middleweight Champion Chris Weidman attempt to climb back into the title picture.  And the rest of the card is completely filled with great talent that will surely keep us on the edge of our seats.

The Main Event of UFC 230 will feature 2-division Champion Daniel Cormier defending his UFC Heavyweight Title against the #2 ranked Heavyweight Derrick Lewis.  Cormier is 21-1 overall with his only loss coming at the hands of Jon Jones. Lewis is 21-5 and is coming in off a 3-round war against Alexander Volkov where he was losing the first 2 rounds and came from behind to land 1 clean shot that ended the fight with Volkov looking up at the lights.

Both of these fighters are on their own respective streaks.  Cormier has won 6 straight fights, excluding a no-contest against Jon Jones, and has beaten the who’s who in the Light-Heavyweight and Heavyweight Divisions. He has wins over Stipe Miocic, Volkan Oezdemir, Anthony Johnson, Alexander Gustafsson, and Anderson Silva.

He now enters this fight against a bit of a different fighter in Derrick Lewis.  Lewis comes into each fight with the same thought process….land one clean shot and end the fight.  He really doesn’t train for cardio and it shows in his fights, but if he can land one punch, he is able to end the fight.

This fight is one of the easier fights to handicap.  The bottom line is Daniel Cormier is a -900 favorite for a reason!  He may not look like the best cardio fighter in the game but don’t let his looks fool you.  He is a wrestler and he is used to going 5 rounds if needed. He is going to go on and immediately make Lewis carry his weight around to exhaust the big fella.  Lewis will be completely drained by the second round from trying to fight off takedowns and having to carry around Cormier’s weight. It won’t be pretty but Cormier will get the easy win here!

This week, we are going to change it up a bit and throw out some hot underdogs that we like and that we feel have a legit chance of winning on Saturday Night. When I started looking at this card, I figured it would give us some decent value, but these numbers that I’m seeing are absurd!

Roxanne Modafferi over Sijara Eubanks – The first fight with screwed up odds is the Modafferi vs Eubanks fight.  These two fought already on the Season 26 of the Ultimate Fighter. Since that point, both fighters have gone on to better themselves.  Modafferi faced Nicco Montano in the finale and lost a unanimous decision. She has since won a 2nd round KO over Barb Honchak. Eubanks has gone 1-0 since her fight with Modafferi, beating Lauren Murphy by unanimous decision.  Modafferi will know what mistakes she made in the last fight and use that to her advantage in this fight. She is currently a +475 underdog and folks, it doesn’t get much prettier than this! Roll will Modafferi here with the odds!

Brian Kelleher over Montel Jackson – The second fight is a short notice fight for Montel Jackson.  Jackson will be taking the place of Domingo Pilarte, who pulled out with an injury. I haven’t been impressed by Jackson. He earned his shot in the UFC by getting a 1st round KO over Rico DiSciullo on Dana White’s Tuesday Night Contender Series and followed that up with a Unanimous Decision loss at the hands of Ricky Simon.  He will have his hands full with Kelleher, who is a 28 pro fight veteran and who has wins over Renan Barao and Iuri Alcantara. Kelleher is the better fighter, yet he comes in as the underdog of +130. I’ll take it! Roll with the dog here!

Tonight’s NBA betting schedule is lacking in overly compelling matchups, but tonight’s action will also be taking place with a few notable names missing. Booker, Morant, and Lillard Sidelined Tonight and Beyond Booker Out Versus Pistons Due to Hamstring Injury The Phoenix Suns lost Devin Booker (hamstring) on Tuesday against Golden State but closed out END_OF_DOCUMENT_TOKEN_TO_BE_REPLACED