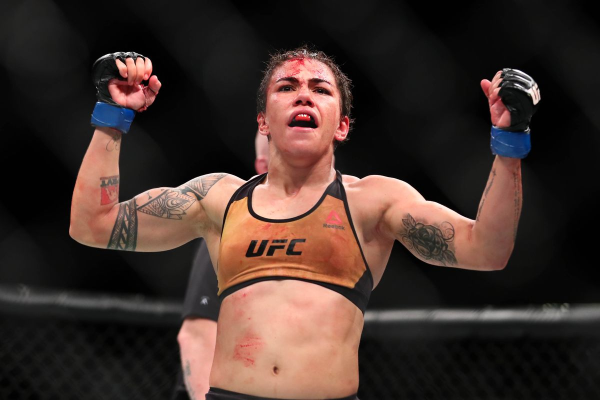 The UFC heads back to Rio de Janeiro to see some of the aging UFC veterans fight on their home soil for what may be the last time. Anderson Silva, Jose Aldo, and Antonio Rogerio will all have a nice case to be on the Brazilian Mt. Rushmore of MMA fighters, but all have aged some, and this will likely be their swan song on home soil. This card has a lot of intriguing bets, so here we go.

The champion, Rose Namajunas, heavily relies on her in-and-out boxing style to tag opponents and outpoint them in the end. She does not have a heavy knockout game but her style matched up perfectly with “Joanna Champion,” who she has beaten in her last two times out. Andrade brings a different style to the table.

Thug Rose cannot match Andrade’s horsepower in the wrestling or grappling arenas, and she has never in her career faced anyone of the physical nature of Jessica Andrade. Furthermore, this is Rose’s first fight in over a year after a spinal injury that has plagued her entire career. Namajunas has also never fought outside the United States, and this one will be in Andrade’s home country. Rose was a heavy underdog against Joanna her first time out but then shocked the world, but now she is the champion with a giant bullseye on her. She is not going to surprise anyone. Andrade is the smart money.

Anderson Silva in Brazil is an underdog to Jared Cannonier. Something is not right here. While no one will argue that Anderson Silva is a mere shell of himself, he showed enough against Israel Adesanya that he should win this fight. Cannonier will need to get an early KO against the Spider to get the win, and outside of a surprise KO against Chris Weidman and a few decent shots by Adesanya, the 44-year-old Brazilian has been hard to hit.

Cannonier has absolutely no gas tank, whereas Silva still has the ability to grind out some rounds and score some points. He should get enough of these points to win the fight. Cannonier may take the first round, but if he does not get the KO win, it is all over from there. Silva by points is the smart play here.

The Second Tier of Confidence

Only one small underdog here, Anderson Silva, but these are the three smartest plays on the card for the value. A parlay here ups that value and also keeps your interest into the early morning hours as it will take you to the end of the card. Brazil Brazil Brazil!