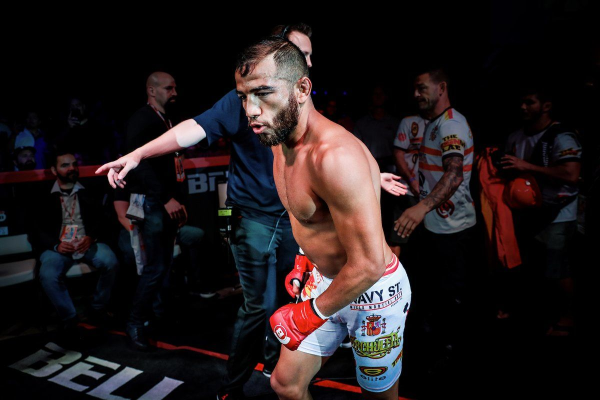 The finals of the Bellator Heavyweight Grand Prix will take place this weekend, on Saturday Night, January 26, 2019, from The Forum in Los Angeles, California. This is a televised card that can be seen on the Paramount Network, starting at 9:00 PM ET.

Both of these guys have what it takes to be the Bellator Heavyweight Champion, and the part that makes this fight really intriguing is the fact that neither guy has to deplete themselves of going through a weight cut because both guys come in well under the heavyweight limit.

Fedor Emelianenko enters the fight with a 38-5 record and is fresh off back to back wins over Sonnen and former UFC Heavyweight Champion Frank Mir. Both of those fights ended in the first round with Emelianenko getting his hand raised by way of KO. His last loss ironically came against the guy that Bader beat to get here, Matt Mitrione.

Mitrione KO’d Emelianenko in the first round of Bellator NYC to hand the big Russian his first loss under the Bellator banner. Fedor is 42 years old, and many have questioned whether his chin is still as strong as it was in the past. One thing is for sure, as the sand runs out of the hourglass, fighters chins do not get better with age!

As a Heavyweight, he has wins over Muhammed Lawal and Matt Mitrione. Bader is an NCAA D-I All-American Wrestler out of Arizona State University and has superb striking to go along with his wrestling skills. Bader has 5 losses on his record but none since January 2016. The losses on his record consist of Anthony “Rumble” Johnson, Glover Teixeira, Lyoto “The Dragon” Machida, Tito Ortiz, and Jon Jones, all of which were either former UFC Title holders or former UFC Title Contenders.

At the end of the day, this fight will come down to who can pull off their game plan. Fedor is going to want to keep the fight on the feet and land one of his big punches to Bader’s glass jaw, while Bader is going to want to move laterally in and out, to set up the takedowns on the big Russian. With Fedor’s age creeping up there, his time in the sport is coming to an end. He doesn’t have the cardio to last later in the rounds with Bader, especially with the takedowns and trying to defend those takedowns. Fedor’s lone chance is to land a one-punch KO on Bader, but the likelihood of that happening is very slim! Bader wins this one!

My recommendation is that you do not bet on this fight. The line in the fight is anywhere between Bader -300 up to Bader -370. The chances are, he is going to win, but if Fedor lands one of those big haymakers, he could end this fight. It isn’t worth the risk! Fade the fight!

Ricky Bandejas +210 over Juan Archuleta: There really isn’t a ton of value in this fight card. The one fight that has somewhat decent odds is the Bantamweight battle between Juan Archuleta and Ricky Bandejas. Both fighters are knocking on the doorsteps of a title fight. We are leaning to Bandejas here as the weight cut for Archuleta is going to be too much for him. Bandejas normally has a decent weight cut while Archuleta has fought as high as 160lbs and most recently, spent his career at 145lbs. That extra 10lbs is going to be too demanding for him to make 135lbs. Bandejas wins late in the 3rd!