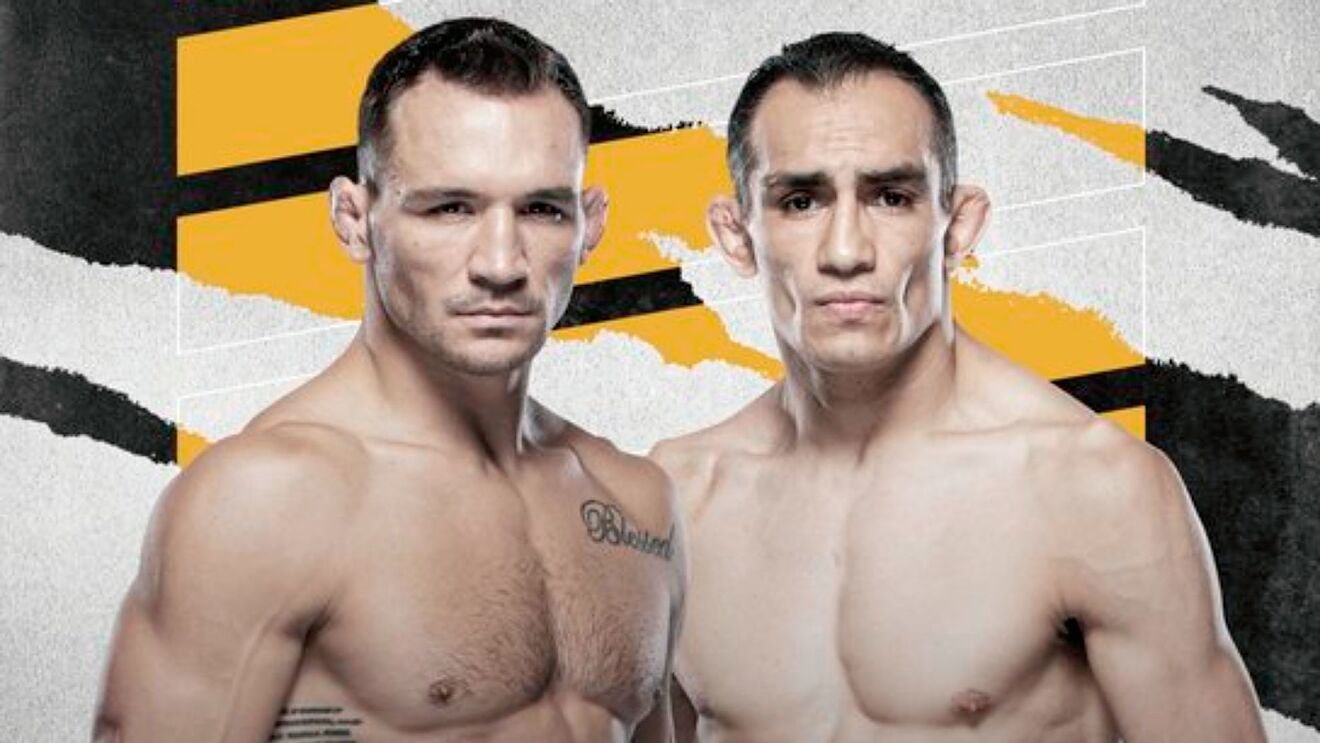 UFC 274 is the next event on the MMA promotion’s schedule and it’s slated to go down on Saturday, May 7 at the Footprint Center in Phoenix, Arizona.

Although there are several fights worth looking forward to at the event, a lot of eyes will be on the lightweight tilt between Michael Chandler (22-7-0) and Tony Ferguson (25-6-0).

Both fighters are entering UFC 274 on losing streaks, meaning a win would be everything to them at this point. They’re also both top-7 fighters in the lightweight division and a victory could propel them one step closer to a title shot.

Can Chandler snap his losing streak by walking out of Phoenix with a victory at UFC 274? Or will Ferguson plays spoiler and steal a win as he chases gold once again?

Michael Chandler vs. Tony Ferguson Fight Odds (as of Tuesday, May 3)

A relative newcomer, Chandler made the jump to UFC after spending most of his career in Bellator as a three-time lightweight world champion.

Chandler’s time with his new promotion couldn’t have gotten off to a better start. He made his debut at UFC 257 in January 2021, defeating Dan Hooker with a first-round TKO while earning ‘Performance of the Night’ honors along the way.

Unfortunately, things haven’t gone that well for the 36-year-old after that victory.

Chandler has since suffered back-to-back losses following his debut win. He suffered a second-round TKO defeat to Charles Oliveira at UFC 262 before losing by unanimous decision to Justin Gaethje in his last fight at UFC 268 back in November.

There’s nothing to be ashamed about when it comes to losing to two of the division’s top fighters, but Chandler is capable of more and must prove it at UFC 274.

He’s the heavy betting favorite across the board for a reason and he needs to take advantage of the fact that Ferguson is also on a slump.

If Chandler can prove himself this Saturday night, it might not be long before he’s challenging for the UFC Lightweight Championship for the first time.

Can Ferguson Get Back Into the Title Picture?

There was a time when Ferguson was one of the most exciting UFC fighters to watch and looks to get back to that level at UFC 274.

The Oxnard, California native was scoring victories left and right, taking home either ‘Performance of the Night’ or ‘Fight of the Night’ honors in the majority of those 16 outings.

Ferguson’s highlight was when he became interim UFC Lightweight Champion in 2017, however, he had to vacate the title due to injury.

Ferguson had an opportunity to regain the interim title when he faced Gaethje at UFC 249 in 2020 but ultimately ended up losing by TKO in the fifth round.

Since that loss to Gaethje, Ferguson went on to lose another two fights, both by unanimous decision to Oliveira and Beneil Dariush.

Ferguson has now lost three straight fights and just turned 38 back in February. Unless he pulls off a massive upset win over Chandler at UFC 274, it’s hard imagining him challenging for the lightweight championship any time soon.

The betting odds paint Chandler as the heavy favorite ahead of his UFC 274 collision with Ferguson, however, other markets help shed light on exactly what could happen.

FanDuel Sportsbook is listing Chandler’s most likely method of victory as KO/TKO at +110 odds. Each of his last three victories has come via KO or TKO, which bodes well since Ferguson was knocked out by Gaethje only two years ago.

As for Ferguson likeliest method of victory, the sportsbook is giving him +600 odds to win by decision. However, FanDuel Sportsbook is also saying that the fight will not go the distance at -215 odds.

In fact, when it comes to round betting, Chandler is favored to win this fight in Round 1 at +200 odds. Six of his last 10 fights have ended in the first round, so it’ll be interesting to see if that trend continues.

Although both fighters are on losing streaks, Chandler has looked slightly better recently and I’m siding with him to take the victory at UFC 274.

As for the best bet, I’m actually taking Chandler to win by decision at +260 odds. Even though a KO/TKO victory is the favorite, both competitors have been going the distance lately and I think that’s a trend that will continue with Chandler edging out Ferguson in the end.