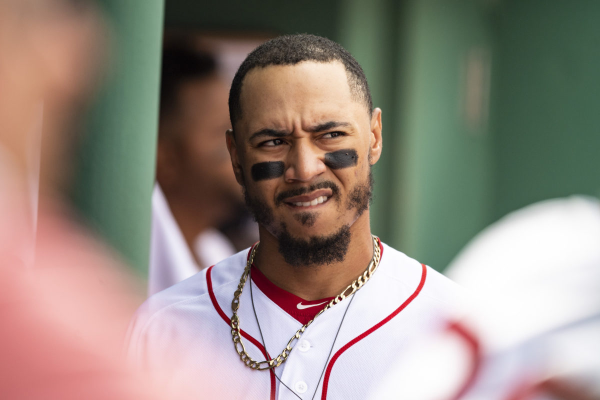 Dave Dombrowski is out, and a new era in Boston begins. So what’s next for the Sox?

Life comes at you fast. One second, you’re winning the World Series, the next, you’re sending out your resume and looking for a new gig. This is precisely the predicament faced by Dave Dombrowski, former team president of the Boston Red Sox, who was fired just days ago following a demoralizing home loss to the New York Yankees.

Facing another crushing loss to their arch-nemeses and a season long lost, the Red Sox decided to put the nail in the coffin, proverbially speaking, and usher in what may be (temporarily at least) the Eddie Romero era. Dombrowski’s departure will raise what will be a number of looping questions, particularly over the sustainability of the Red Sox battleplan. Do they plan to stash and retain their superstar talents, like Mookie Betts and others, or will they opt to blow things up and start from scratch?

Just a season removed from the pinnacle of baseball success, the Red Sox find themselves in a purgatory of sorts, so what now?

All Betts Are Off

Mookie Betts, reigning American League MVP and a 26-year-old with limitless potential, has made it known that, while he “loves it” in Boston, he will be testing the free agency market to see if he can get the most out of a prospective contract. It remains to be seen if the Red Sox will bother to court him as intensely as others, but as he’s been quick to state, especially in the aftermath of the Dombrowski dismissal, whether Dombrowski is there or not, he is still going to try to get the most money that he can.

Undeterred by the firing, Red Sox fans expecting Betts to come back should be a little more skeptical. While his destiny seems to be more and more uncertain, there is no doubt that it’s going to be very fascinating to see how free agency plays out, and whether another franchise courts Betts even harder than the Sox.

With the trajectory of the Red Sox in unknown straits, it’s clear that the Yankees have certainly maintained a firm death grip on the AL East, but after several seasons of pretty consistent dominance, is it time for Boston to throw in the towel and blow things up? Some might not think so, but there is no doubt that based on the path that the teams are moving in, there may need to be some considerable thought put to re-adjusting the long-term aspirations of this squad.

While the Red Sox may be content with putting out a competitive roster in 2020 and trying to swing for the fences (bad pun, I know), there also may be some thought worth taking into going the Miami Marlins route — minus the perennial sell-off of entire rosters and endless mediocrity.

That is definitely not in the Red Sox’s future; they are much too talented and too proud for that. But there is no question that rather than burning a ton of salary on over-priced talent that is going to finish second or third in the AL East as the only upcoming expectation for that team, then it’s time to move on from becoming another treadmill squad.

Instead, being able to farm out next up-and-coming talent would bode well for the team going forward, and it may even put them in a position to leverage young players for newer, more-talented pieces.

In the meantime, interim GM Eddie Romero will certainly offer a new perspective and will shape things forward, but long term, the Red Sox will engineer another winning season using the most they have, new GM or not, don’t count out the Sox.