Phillies vs. Mariners May 10 Betting: Can Nola, Ray get flagging Cy Young campaigns back on track in Seattle? 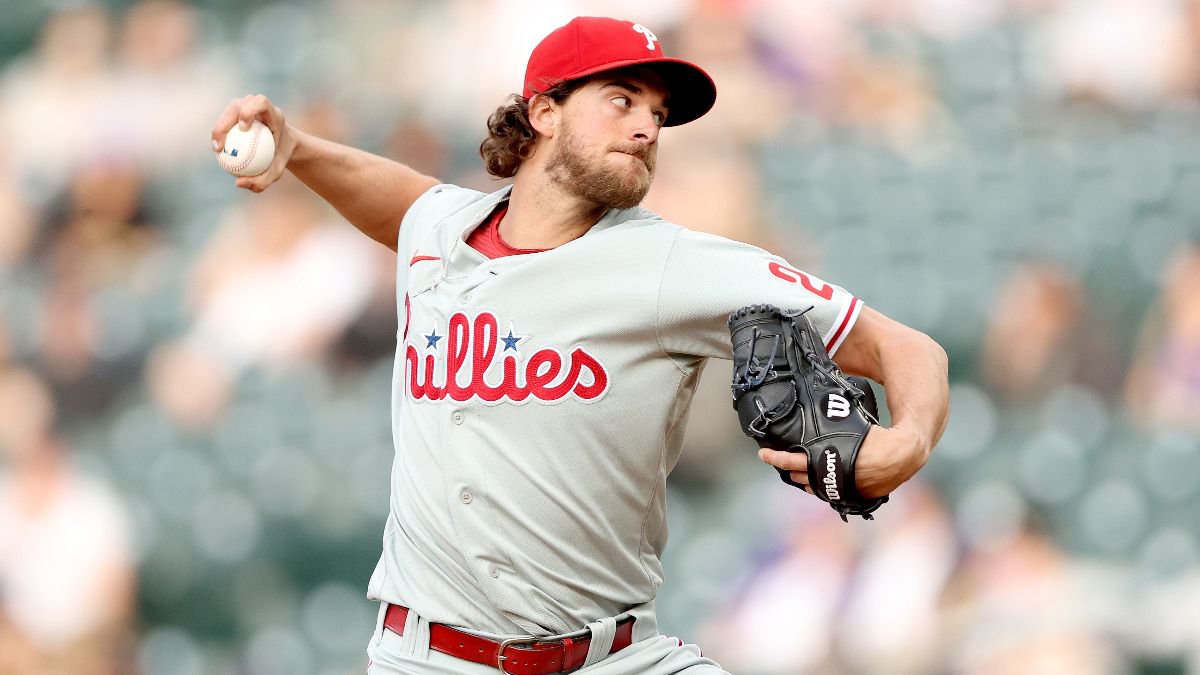 One of the top matchups on Tuesday’s MLB schedule sees Aaron Nola and the Philadelphia Phillies match wits with Robbie Ray and the Seattle Mariners in the second game of their three-game series in Seattle.

In last night’s opener, Ranger Suarez pitched a gem and Bryce Harper, Nick Castellanos, and Rhys Hoskins each had three hits to lead a 17-hit night as the Phillies claimed a 9-0 win.

Both Nola and Ray would do well to put forth their best tonight. Ray is the reigning AL Cy Young winner and was one of the top preseason favorites entering this season, but he hasn’t displayed that form since his first start of the season.

Nola, meanwhile, entered this season with fairly short NL Cy Young odds despite a subpar 2021 season. But while he comes in on a run of solid starts, he is winless in his last five starts and is quickly dropping down the list of Cy Young contenders.

How will tonight’s tilt at T-Mobile Park pan out for these two Cy Young hopefuls?

Will Misfortune Continue to Keep Nola Out of the Win Column?

After struggling through one of the poorer seasons of his MLB career, Nola has to be encouraged by his performances thus far in 2022.

Entering tonight’s Phillies vs. Mariners matchup, Nola has had three consecutive quality starts. Last time out, he allowed only one run, three hits, and one walk in seven innings against the New York Mets this past Thursday.

But since taking the win in his season opener against the Oakland A’s on April 8, Nola has yet to add a second win. It’s certainly not for a lack of trying, but if he didn’t have bad luck, he would have no luck at all, it seems.

After exiting early in his second start of the season, Nola had a run of three starts in which he allowed only five runs across 18.1 IP. But that was a few runs too many, as the Phillies were shut out against the Brewers and Mets and scored only one run against the Colorado Rockies.

Against the Mets in his last start, not only did he pitch well enough to earn the win, he also finally got good run support, as the Phillies scored seven runs in the first four innings and took a 7-1 lead into the ninth.

And then the Mets scored seven runs in the ninth and won 8-7. Ouch.

Bad luck aside, his return to form is certainly a positive for bettors. He enters this start with a 6.8 K/BB ratio, which would be a career high. In his three previous starts, he had at least seven strikeouts in each–including nine in each of his past two starts–and walked only one batter in 20 innings. Facing a team that averages a shade over eight strikeouts per game, his strikeout props have a lot of value tonight.

Strikeout Props for Aaron Nola vs. the Mariners

Ray is also dealing with a lack of run support. In his six starts, the Mariners have managed all of 21 runs. But he hasn’t been able to replicate his opener yet, which is a concern in itself given that Logan Gilbert (4-0, 1.36 ERA in six starts, now +2000 to win the AL Cy Young Award) is the only Mariners starter with a winning record and an ERA under 3.00.

Philadelphia Phillies vs. Seattle Mariners May 10 Prediction and Best Bets

Phillies vs. Mariners Best Bets: Mariners ML (+110 at BetRivers & Caesars Sportsbook) and OVER 7 (-103 at BetRivers)

The Mariners are struggling to score runs at the moment, but they are a better offensive team at home than on the road, which bears out in an 8-6 home mark compared to a 5-11 road record. Also, the over is 9-4-1 in Seattle’s home games, which is the third-best mark in the league.

Look for the Mariners to even up the series tonight and set up a rubber match tomorrow afternoon with Gilbert on the bump.

The 2022 Formula 1 season is only six races deep, but the race for this season’s championship alerady appears to be down to just two drivers. Last season, Red Bull driver Max Verstappen claimed his first Formula 1 World Drivers’ Championship in highly controversial circumstances, with Lewis Hamilton denied what would have been a record-breaking END_OF_DOCUMENT_TOKEN_TO_BE_REPLACED