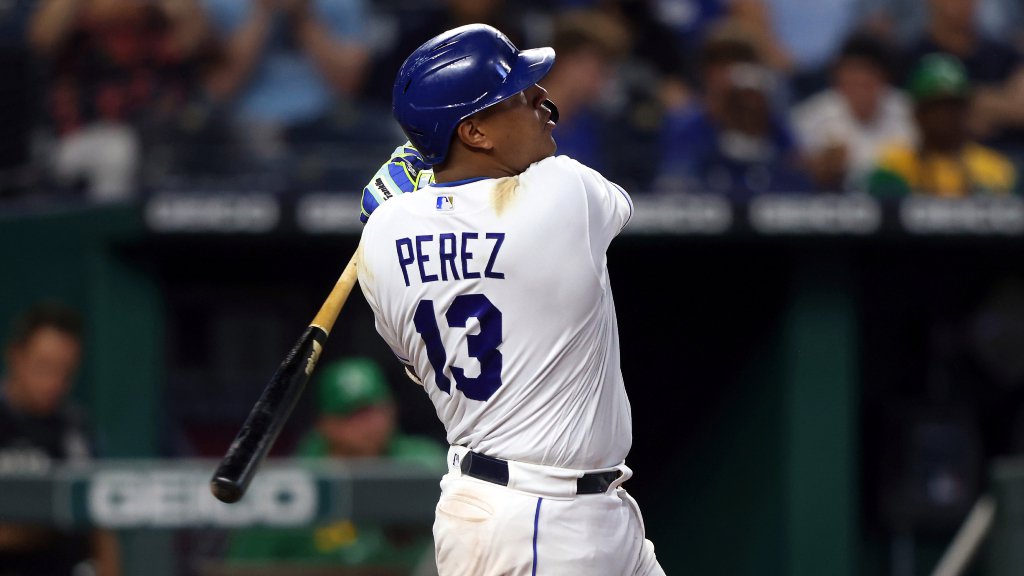 The first two games between the Oakland A’s and Kansas City Royals have featured 39 runs, and we should see another high-scoring game today as the A’s look to secure an important road series win. Early MLB betting lines for this matchup had the total at 9.5, but it has since moved to 10.

In Tuesday’s opener, the A’s let an early 5-0 lead slip away as the Royals rallied for a 10-7 win. Last night they very nearly let another one get away from them but held on. After trailing 12-5 in the seventh, the Royals pulled within 12-10 in the ninth, but Andrew Chafin shut the door with the tying runs in scoring position.

The A’s enter today 3.5 games back of the Toronto Blue Jays, New York Yankees (both 82-64), and Boston Red Sox (83-65) in the AL wild-card standings, which means today and every game from here on out has must-win status. The Royals have no such high stakes to play for, but they can affect the AL playoff race in their own way today and this weekend, when the Seattle Mariners visit Kauffman Stadium.

Oakland A’s vs Kansas City Royals odds are via FanDuel Sportsbook as of Thursday, September 16, 2021 at 9:35 a.m. ET. Want to see betting odds from several top online sportsbooks for the day’s other MLB matchups? Check out our MLB odds.

This is already one of the more high-scoring three-game series that the Royals have had this season, and they have a chance to make it their highest with another outburst today. In their season-opening series against the Texas Rangers, they scored 28 runs in three games. That series is the only other time this season that the Royals have scored double-digit runs in back-to-back games.

Another outburst could also make this the highest-scoring three-game series of the season for the A’s, topping the 27 runs they scored in a road sweep of the Cleveland Indians last month.

Another Fireworks Show Likely in Kansas City This Afternoon

They are likely to need to put runs on the board today with Blackburn on the bump. After pitching well enough in his first three starts this season, Blackburn’s two September starts have been a step back. Against the Toronto Blue Jays twelve days ago, he allowed three homers, nine total hits, and four runs in only 3.2 innings, and then last Friday he allowed six hits and four hits in only 2.2 innings against the Texas Rangers.

A game with double-digit runs would be par for the course for Blackburn as well. Of Blackburn’s 23 career MLB starts, 12 have come on the road. And of those 12, 10 or more combined runs have been scored eight times.

Similar could be said for the Royals’ rookie starter. In six home starts, Lynch has a 6.83 ERA, having allowed 21 runs (all earned) in 27.2 innings. In four of those six starts, there have been ten or more combined runs.

Lynch also enters today’s start in a similar spot as Blackburn, struggling after a promising August. Lynch was 3-0 with a 2.39 ERA in five August starts, but he has been a bit too generous in his two September starts. Against the Chicago White Sox, he allowed two homers, five total hits, three walks, and six runs in only 2.2 innings. He was better at Minnesota last Friday, but he still allowed two homers, seven total hits, and four runs in six innings.

With how much scoring has taken place in the first two games of the series, the over would be great value as it is. But with these two pitchers on the mound, it’s even better value. If you were able to hop on it while it was still 9.5, you made a wise decision.

The 2022 French Open is underway at Stade Roland Garros in Paris, France, and we are already almost through the first week of play. Tomorrow, the remaining third-round matches will take place, after which the men’s and women’s singles draws will be down to their final 16 contenders. In both men’s and women’s singles, there END_OF_DOCUMENT_TOKEN_TO_BE_REPLACED