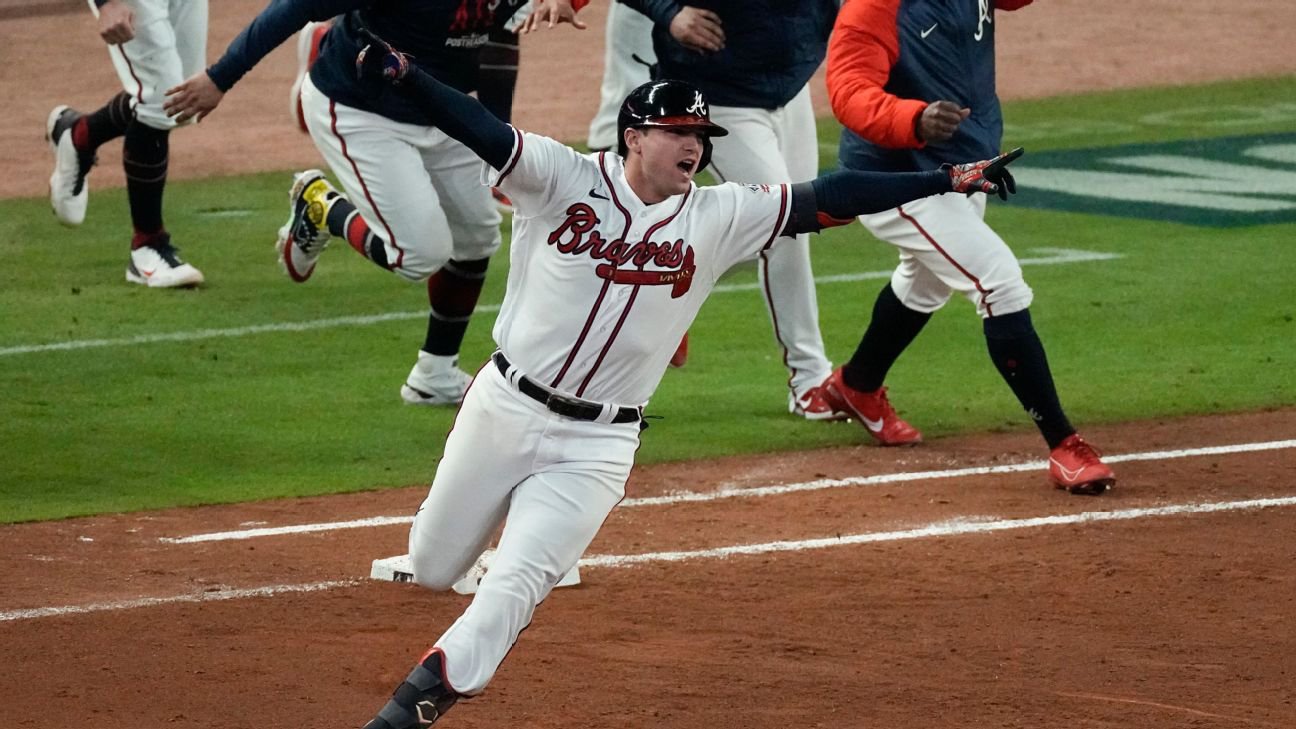 For the second straight year, the Atlanta Braves have taken a 1-0 lead over the Los Angeles Dodgers in the NLCS by virtue of ninth-inning heroics by Austin Riley against Blake Treinen. Last season, his blast to off of Treinen to lead off the ninth broke a 1-1 tie and kickstarted a four-run final stanza as the Braves captured a 5-1 win. Last night, his walk-off hit scored Ozzie Albies from second as the Braves won 3-2 to send most of Truist Park home happy. The latest MLB betting odds for the series still favor the Dodgers, but the Braves struck a vital blow in a game they needed to have.

Can they stick to last season’s script and take a 2-0 lead over the Dodgers again? After going with the Corey Knebel-led Johnny Wholestaff approach for the second straight game–and nearly pulling it off again after edging out the Giants in Thursday’s NLDS decider–the Dodgers send their best arm to the bump tonight in Max Scherzer.

Scherzer shut the Braves down a month and a half ago, but that was in Los Angeles. Will the outcome be the same tonight in Atlanta? The Dodgers will need to figure out Ian Anderson, which won’t be an easy feat given the young righty’s success at his home ballpark this season.

It is no surprise that the MLB betting odds for tonight’s matchup heavily favor the Dodgers. But the Braves pushed the Dodgers to the max in last season’s disappointing near-miss, and with a park full of home fans behind them this year, don’t expect them to let the Dodgers have an easy stroll on the way to a series-tying win.

Los Angeles Dodgers vs Atlanta Braves odds are via FanDuel Sportsbook as of Sunday, October 17, 2021 at 11:50 a.m. ET. To compare MLB betting odds from top online sportsbooks, including FanDuel Sportsbook, BetMGM, and more, check out our MLB odds page.

All of these trends include all games of the 2021 MLB playoffs unless otherwise stated.

Scherzer is a stud and has had a wealth of success in the regular season and postseason. If there’s anyone you want on the mound when you’re trying to even up a series after a tough loss, Scherzer is as good an option as any.

That said, Anderson has proven to be a pretty tough customer at home and in the postseason. It’s a two-start, 11-inning sample, but he has yet to give up a single postseason run at home. And he may have some extra motivation as well. He started in Game 7 of last season’s NLCS and wasn’t his most effective after not allowing a run in his first three postseason starts.

The Dodgers are certainly the more talented team. There are no doubts or debates to be had there. And yes, they should still be favored to win the series. And it is not a surprise that they are favored fairly heavily in this spot.

However, there is a lot to love about this Braves team and all that they have shown this season. And they are playing with house money here. Not only did this team win the NL East and make the playoffs when they weren’t expected to with a depleted team and a rough start, they have a series win as an underdog already in the bag and a Game 1 win in a series in which they’re an even bigger underdog.

There is certainly some pressure, as their chances of winning this series are much better if they take a 2-0 lead back to Los Angeles. But they can still play loose here because their status as the underdog has not changed.

There’s a lot of value in backing them outright here, but these two bets are the ones I like the most.