Braves vs Nationals Preview: Is Struggling Smyly Worth Backing as Braves Seek Sweep in D.C.? 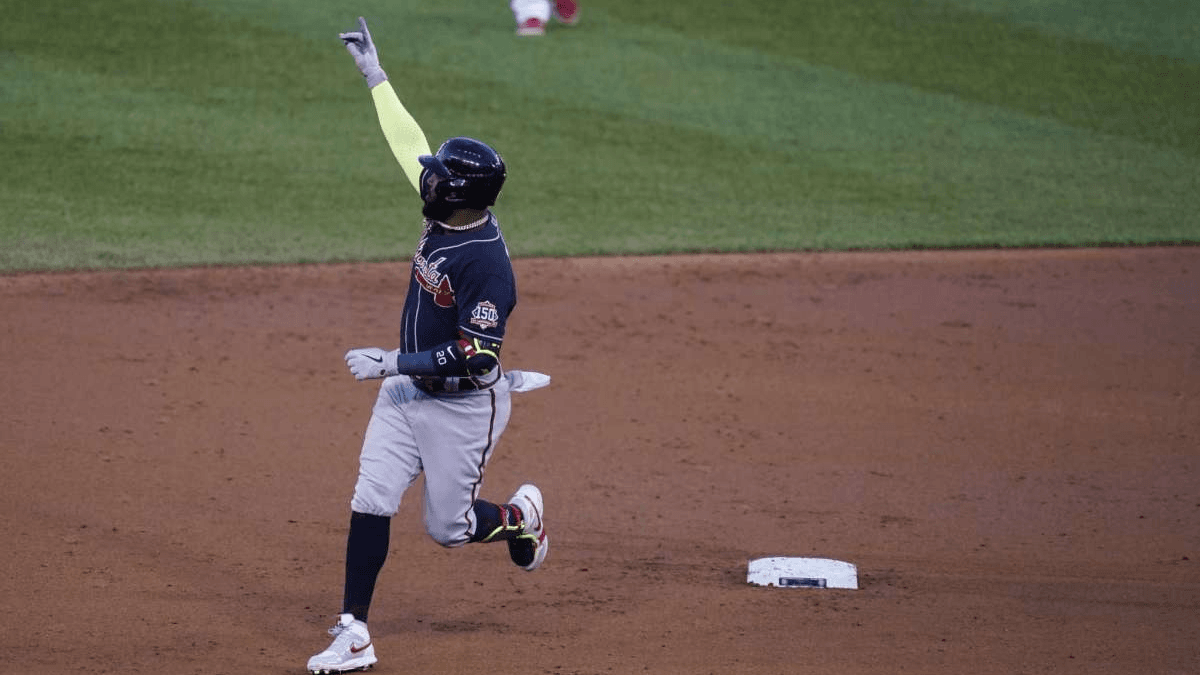 Two veteran pitchers on new teams take the hill in today’s Braves vs Nationals series finale, with both still seeking their first win of the season. For Drew Smyly, his continued search is due to difficult start to his stint with the Braves. Jon Lester, meanwhile, only made his first start with the Nationals last Friday, but he pitched well in a no-decision.

Who should be on the right side of the outcome today? Will the Braves secure the sweep, or will the Nationals salvage the series finale? Keep reading to see how this matchup might play out.

Braves vs Nationals odds are via FanDuel Sportsbook as of Thursday, May 6 at 10:00 am ET. For more MLB betting odds, check out our MLB odds, featuring updated odds from FanDuel and other top online sportsbooks.

While Lester needs to keep up where he left off in his first start, Smyly needs to get going. He was supposed to be a bargain rotation addition in Atlanta, signing a one-year, $11 million deal in the offseason. There was reason for optimism, as he had a 3.42 ERA and 42 strikeouts in 26 IP with the San Francisco Giants last season.

But that $11 million looks like an overpayment thus far, as the results from his first four starts don’t make for pretty reading. His first start actually was decent, as he allowed only two earned runs and struck out eight in six IP against today’s opposition. But it has been all downhill from there. He has allowed at least five runs in each of his last three starts. Overall, he has allowed 22 hits, 21 runs, and nine homers in only 19 IP. And after recording eight punch-outs in his first start, he has only 10 in 13 IP in his last three.

Today’s matchup isn’t an overly favorable one for him either. Smyly is a fly-ball pitcher, and that doesn’t bode well when Nationals Park is among the league’s more favorable parks for extra-base hits and home runs. Additionally, as a team the Nationals have hit .273 against southpaw starters and .288 overall against left-handed pitchers. By comparison, they are hitting only .236 against right-handed starters and .232 overall against righties.

The Braves have won the first two games in this series behind solid starts from Huascar Ynoa and the returning Max Fried. So this is the perfect spot for Smyly to piggyback and get himself going in the right direction. But will he?

With Smyly unlikely to be able to shut down the Nationals lineup, the Braves must produce offensively to win today.

The first two games of the series have been positive on that front, as grand slams have keyed each win. In Tuesday’s 6-1 win, Huascar Ynoa backed up his excellent night on the mound by taking Tanner Rainey deep, while Marcell Ozuna repeated the feat against Erick Fedde last night. The long ball has been responsible for 10 of the Braves’ 11 runs in the series, with NL MVP favorite Ronald Acuna, Jr. and William Contreras adding solo homers.

The Nats need another another fine effort from Lester after five shutout innings last Friday against the Miami Marlins. Lester, who had thyroid surgery and then was on the COVID list after the outbreak that delayed the start of Washington’s season, allowed five hits and two walks in his stint.

That said, the Braves are favored by a small margin and are the MLB betting consensus play. They have impressed in winning the first two games of the series, but with Smyly on the mound in an unfavorable situation, backing the Braves is not one of the better plays on today’s MLB betting board.