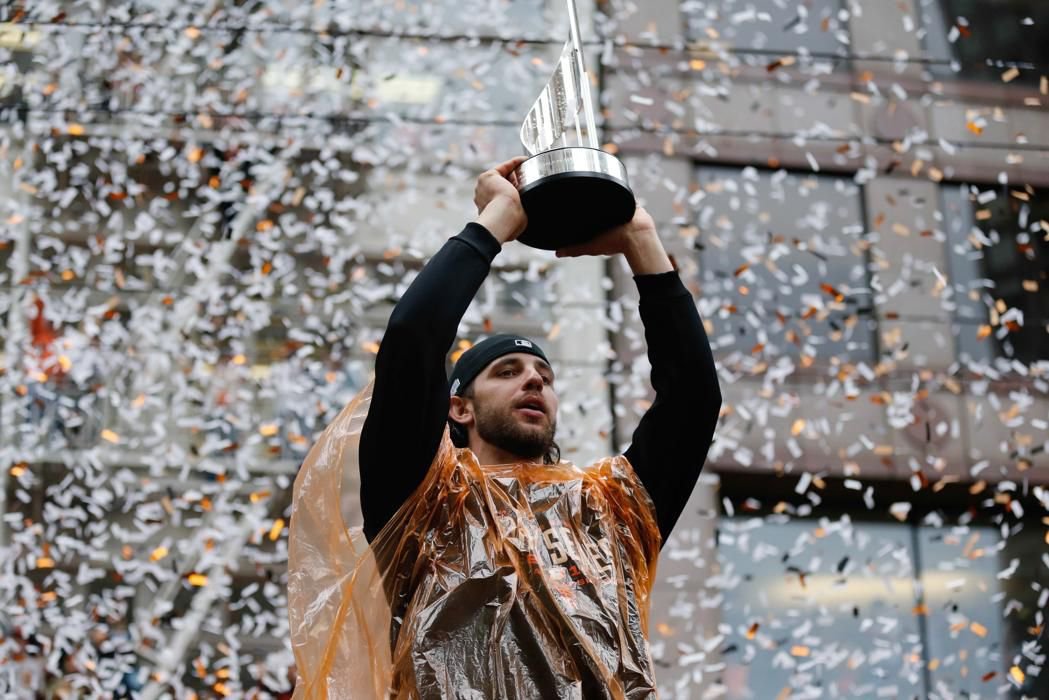 The Arizona Diamondbacks are a few losses from locking up the first overall draft pick in the 2022 MLB Draft. It’s an understatement to say that it has been a pretty rough year in the desert. Preseason MLB betting odds foretold as much, but if they fail to win another game, this will be a historically bad season for the franchise. Sure, it’s a history that spans only 24 seasons, but a 50-win season in MLB is bad any way you look at it.

After posting a 26-66 record before the All-Star break, the Diamondbacks are 24-42 after the break. Despite winning only four series in the second half, they have been swept only once in 18 of the three or four-game series that they have played after the break. That lone sweep occurred two weeks ago in a road series against the Los Angeles Dodgers. Since that time, Arizona has taken a game in each of their three completed series. The opposition? The Houston Astros (AL West champs), Atlanta Braves (magic number of 1 for the NL East title), and Dodgers (defending World Series champs and a 100-win team and World Series favorites this season).

So even though MLB betting odds strongly favor the San Francisco Giants to secure the sweep tonight and move closer to wrapping up their first NL West title since 2012, don’t look for the Diamondbacks to just roll over–especially with a Giants legend on the hill.

Arizona Diamondbacks vs San Francisco Giants odds are via FanDuel Sportsbook as of Thursday, September 30, 2021 at 6:45 p.m. ET. Want to see MLB betting odds from several top online sportsbooks for each MLB matchup every day? Check out our MLB odds.

Bumgarner was an integral piece of the Giants’ success in the first half of the 2010s, in which they won three World Series titles. He was the NLCS MVP and World Series MVP in 2014 when the Giants won the last of their three titles in five seasons, and he earned four straight All-Star nods from 2013 to 2016. In his decade with the Giants, he was 119-92 with a 3.13 ERA in 289 regular-season appearances and 8-3 with a 2.11 ERA in 16 postseason appearances.

Tonight he will be tasked with trying to keep the Giants from reducing their magic number to win the NL West, which they did twice–in 2010 and 2012–in Bumgarner’s tenure with the franchise. Bumgarner has found wins hard to come by this season, but he has had a number of excellent starts. One such start came in his lone start against his former team, in which he allowed one run in seven innings in a win on August 3.

That was in Phoenix, while this will be only his second appearance at Oracle Park since leaving the Giants. Counting his start there last season, Bumgarner has a 2.73 ERA in 141 career starts at Oracle Park. His former home stadium is one of only a handful of stadiums in which he has averaged a strikeout or more an inning over multiple starts. The others are Wrigley Field, Pittsburgh’s PNC Park, the Braves’ former home of Turner Field, the Mets’ Citi Field, and Washington’s Nationals Park.

Stretches of Consistency Point to a Strong Start in San Francisco

After his most recent subpar stretch, he has been better in his last two starts. In Houston two weeks ago, he held the Astros hitless for 5.2 innings and allowed only one hit and two runs in seven innings. Then last week against the Braves, he allowed three runs and five hits in five innings. That was a pretty respectable effort given that the Braves had scored 26 runs in the first three games of their four-game set in Phoenix.

The Diamondbacks have not been blown away in this series, losing 6-4 Tuesday night and 1-0 last night. Both games were tied after the fifth inning, and there is a lot of value here with appealing odds. At the time of writing, the odds sit a bit above evens, which makes this worth a look given the matchup. I like Bumgarner to pitch well against his former team and keep the Diamondbacks in it.

Bumgarner doesn’t put up big strikeout numbers, but this is a very doable total. He has recorded five or more strikeouts in seven of his last eight starts. For the season, he has hit that mark 16 times in 25 starts. Also, it is worth noting that the Giants are eighth in the league in strikeouts. If Bumgarner goes at least five innings, he should hit this mark. At plus odds, this is one of my favorite bets of tonight’s MLB betting slate.

It has been a miserable month for the Seattle Mariners, and things are unlikely to get any better tonight as they welcome AL Cy Young Award favorite Justin Verlander and the Houston Astros to T-Mobile Park. After just missing out on the MLB playoffs last season, the Mariners entered this season with hopes of finally END_OF_DOCUMENT_TOKEN_TO_BE_REPLACED