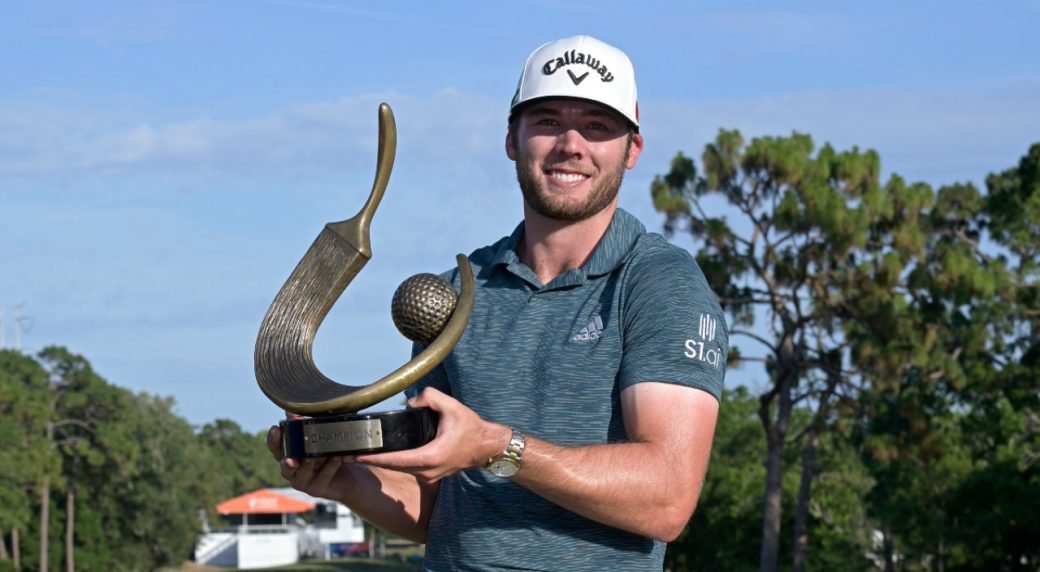 Some of the 2022 PGA TOUR’s top talents will head to Palm Harbor, Florida later this week for this year’s Valspar Championship. The annual event will, once again, take place on the Copperhead Course at the Innisbrook Resort and Golf Club, beginning on Thursday, March 17.

Copperhead is 7,340 yards in length, with par being set at 71. This year’s purse sits at $7.8 million, while the winner is slated to take home just over $1.4 million of that.

This year’s field could be unpredictable. A massive storm delayed last week’s Players Championship, forcing to final to be played on Monday rather than Sunday. Sam Burns won the Valspar Championship in 2021, but it remains to be seen if he’ll even compete this year after taking part in The Players.

Nevertheless, BetMGM’s latest betting odds give us an idea as to who has the best shot at winning the 2022 Valspar Championship. Fortunately, there’s also some great betting value to be had along the way as well.

Odds to Win the 2022 Valspar Championship

Best Bets for the 2022 Valspar Championship

Markets are from BetMGM.

Collin Morikawa has been one of the more consistent golfers on this year’s PGA TOUR. The 25-year-old phenom has come close to winning most of the tournaments he’s ended, finishing inside of the top 10 in each event aside from when he was cut at last week’s Players Championship.

Nevertheless, Morikawa has placed T-5th or better three times this season, giving him some solid momentum ahead of the 2022 Valspar Championship. This will be his first-ever time participating in the annual event, so only time will tell if he can get the job done at Copperhead. However, his recent play indicates that he has more than a fighting chance to win it all.

Although Paul Casey isn’t exactly the favorite to win the upcoming tournament, he’s done something that only two other golfers have done: win the Valspar Championship twice.

Casey first won the event back in 2018, beating out Patrick Reed and Tiger Woods by a stroke to get the job done. The veteran Englishmen didn’t take long to beat out his peers at Copperhead again, winning his second Valspar title immediately in 2009.

At 44, Casey is one of the older golfers in the field, but that doesn’t mean he doesn’t stand a fighting chance. While the 2020 iteration of the event was cancelled due to COVID-19, Casey placed T-21st in 2021. If he can kick his game up to that next gear one more time, bettors could find success if he wins it all again.

Sam Burns pulled off quite the surprise at the Innisbrook Resort and Golf Club last year. He won the Valspar Championship for the first time, capturing the title by finishing 17-under-par. Now, he’ll look to join Casey in the “back-to-back champions” club.

Burns has had his highs and lows this season. Even though he’s seen six top-25 finishes in 10 events, he’s failed to make the cut in three of his last five performances. Having said that, he has finished T-9th and T-26th in his last two, respectively, so he could be on the upswing soon.

Regardless, you can never count a former champion out. Even if Burns has had his fair share of struggles this year, he’s more than capable of at least giving a top-5 finish if he doesn’t win it all.

Jason Kokrak may not be the biggest name in golf, but he’s had some mixed success at Copperhead in the past. While he’s entered the Valspar Championship 10 times over his career and seen five top-25 finishes, he’s failed to make the cut four times.

Having said that, Kokrak has been getting better as time passed. He’s placed 14th or better in five of his last seven outings at the Innisbrook Resort and Golf Club, which includes eighth-place and second-place performances in 2018 and 2019.

Kokrak hasn’t played too consistently on the 2022 PGA TOUR, which is why it’s tough to recommend him winning the whole thing. However, a top-5 performance isn’t unreasonable just based on his tournament history alone. If Kokrak can find whatever’s given him success recently at Copperhead, there’s a good chance that he could finish close to the top once again.

The 2022 French Open is underway at Stade Roland Garros in Paris, France, and we are already almost through the first week of play. Tomorrow, the remaining third-round matches will take place, after which the men’s and women’s singles draws will be down to their final 16 contenders. In both men’s and women’s singles, there END_OF_DOCUMENT_TOKEN_TO_BE_REPLACED