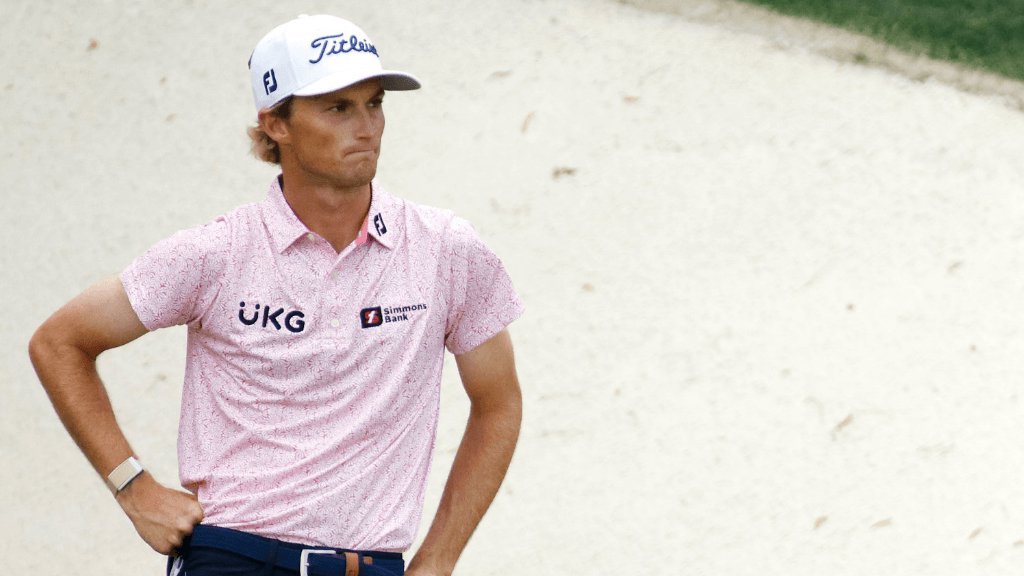 After Tony Finau celebrated a Rocket Mortgage Classic victory over the weekend, the 2022 PGA TOUR turns its attention to this week’s stop: the Wyndham Championship.

For the 15th year in a row, the Wyndham Championship will be played on the Ross Course at the Sedgefield Country Club in Greensboro, North Carolina. The total length of the tournament is 7,127 yards with par being set at 70.

Last year’s tournament is fairly close but was ultimately won by Kevin Kisner, who overcome five other golfers in a six-way playoff. Kisner’s back this year, hoping to successfully defend his crown.

Here’s a look at FanDuel Sportsbook’s latest 2022 Wyndham Championship odds, as well as some betting picks to consider this week.

Odds to Win the 2022 Wyndham Championship

Odds are via FanDuel Sportsbook as of Wednesday, August 3.

Best Bets for the 2022 Wyndham Championship

Kisner isn’t the only former champion returning to Greensboro this week. Webb Simpson will also be in the mix and his past experience should give him an inside edge to win it all.

Simpson won the Wyndham Championship for the first time back in 2011. He shot 18-under-par over four rounds at Sedgefield, finishing three strokes ahead of runner-up George McNeill.

The local hero’s Wyndham Championship experience doesn’t end there. The 36-year-old veteran has entered the tournament 13 times over his career, finishing inside of the top 10 on nine occasions (including his tournament victory).

He’s placed seventh or better in eight of his last nine entries, including a pair of second- and third-place finishes each in his last five showings.

While Simpson has struggled on the PGA Tour lately, his history in Greensboro helps make up for it. If he can rekindle that magic early on, fans should expect a deep run from the Raleigh, NC native.

Will Zalatoris to win

One of the bigger names available this week, Will Zalatoris is a solid pick to win the 2022 Wyndham Championship.

After failing to make the cut in his 2020 debut, Zalatoris placed 29th in his return to the Ross Course last year. Now, he hopes to build on that performance with another step forward this week.

Though he’s still searching for his first PGA victory, Zalatoris has played well lately. He owns seven top-25 finishes in his last 11 events, placing T-6 or better in six of those instances — including a pair of second-place showings.

If this was a stronger field in North Carolina this week, I might be wary of rolling with Zalatoris. However, with little competition, he’s a perfectly acceptable choice to win the entire tournament.

As mentioned before, a lot of eyes will be on Kisner to repeat as champion this week. Considering that Sam Snead is the only golfer to win the tournament in back-to-back years, it’s clear that the 38-year-old has an uphill battle in front of him.

Aside from last year’s victory, Kisner has had a decent amount of success at the Wyndham Championship. Including his 2021 title, he’s finished 10th or better in four of his last five entries. He also finished in third place just back in 2020.

Some bettors may be hesitant to roll with Kisner since he hasn’t been the most consistent this season. Nevertheless, he does have T-6 and T-21 finishes in his last three outings. With a weaker field than usual, he shouldn’t have an issue finishing near the top of the leaderboard, potentially winning the entire event.

Another golfer that I like this week is Kim Si Woo at +3200.

Things were looking bleak for him over the last few months, missing the cut in three consecutive events. Fortunately, Kim has managed to bounce back nicely, placing T-15 at the Open Championship before finishing T-14 at the Rocket Mortgage Classic over the weekend.

Hopefully, Kim can take his recent success and combine it with his past Wyndham Championship experience. He’s entered the tournament six times over his career, earning top-five finishes in four of his last five entries — including a victory in 2016 with a second-place finish last year.

It seems like Kim is a lock to finish near the top every time he steps foot onto the Ross Course. I think he’s capable of playing better than he has lately, leaving time to tell if he can take that next step in Greensboro beginning on Thursday.