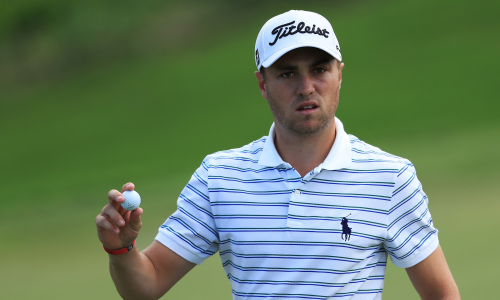 TPCSouthwind in Memphis will be the site of some spectacular golf this week. The WGC-FedEx St. Jude Invitational, the third WGC event of the year, will make its debut to the PGA Tour, replacing the WGC-Bridgestone Invitational.

Of the 64 golfers in the field, the vast majority (45) of them are ranked as one of the top 50 golfers in the world according to the OWGR. So expect to see the best of the best immediately following the exciting Open Championship.

Before we get to the picks, here’s a little more on the course the golfers will be playing, as well as what key stats will be the most important for success.

A Par 70 measuring 7,244 yards, TPC Southwind is a long course that winds around ponds and lakes. Water hazards will be the biggest challenge for golfers this week, with water in play on 10 of the 18 holes. In addition, the hot and dry weather will make the Bermuda greens run fairly quickly for putting.

It’s a Par 4-dominant course, with all but one of them measuring out over 400 yards. There are two Par 5s, but oddly enough the most memorable holes are a pair of Par 3s. The first, Hole 11, is an island shot that strongly mimics the famous 17th hole at TPCSawgrass. Two holes later, you come to 14, a 239-yard hole that grades out as one of the most difficult Par 3s on the entire PGA Tour.

As mentioned above, there will not be many Par 5s for golfers to rack up birdies on. So Par 4 scoring will be a huge thing to look at, as well as bogey avoidance. Additionally, with so many water hazards on the Par 4s forcing golfers to lay up, you’re going to see many approach shots from 125-150 yards out. So approach should be factored in when finding golfers, with overall SG: tee-to-green always a good stat to look at as well.

So who are some golfers to like for this week? Here are some picks for the WGC-FedEx St. Jude Invitational.

Johnson is one of the co-favorites to win this tournament along with Rory McIlroy. Not only is DJ one of the consistently-elite golfers on Tour, but he has a great course record at TPCSouthwind, surging to victory with a score of -19 last year. Over the last 20 rounds in Memphis, his scoring average is 67.75, so naturally, he feels comfortable taking on this course.

One of the world’s best has to win eventually this year, right? JT has put together a stretch of consistently-solid outings, and now will play at a course that should be tailor-made for him. Thomas is third in SG: approach, second in SG: tee-to-green, fourth in Par 4 scoring, and 11th in SG: around-the-green. The only thing holding him back is his putting, but if that gets figured out, he should be right there in the mix to win.

Matsuyama is coming off of a bad week at the OpenChampionship where he missed the cut. To find the last time he missed the cut, you’d have to go all the way back to last year, at the previous Open Championship. Expect a bounce back from a player who is second in SG: approach and 19th in both SG: around the green and Par 4 scoring.

Simpson has put together a remarkable season with four top-10 finishes and another six top-20s. A huge reason for that is his work on and around the green, where he leads the Tour in one-putt percentage and scrambling. While putting is incredibly variable, a return to Bermuda grass should mean that the strong putting continues for the North Carolinian.

Normally, the rule of thumb with Koepka is to look towards him in majors. While this tournament isn’t a major, he has dominated TPCSouthwind to where you can’t ignore it. In five appearances, he has never missed the cut and earned finishes of T2 and T3, with a scoring average of 68.70 per round. If there’s a non-major where familiarity with the course and a loaded field cause Koepka to up his game, it’s this week in Memphis.

There are excellent choices throughout, many of whom we didn’t have a chance to dive into. But I’ll take Justin Thomas to capture his first victory of the season, winning the WGC-FedEx St. Jude Invitational. The first round tees off Thursday morning in Memphis.