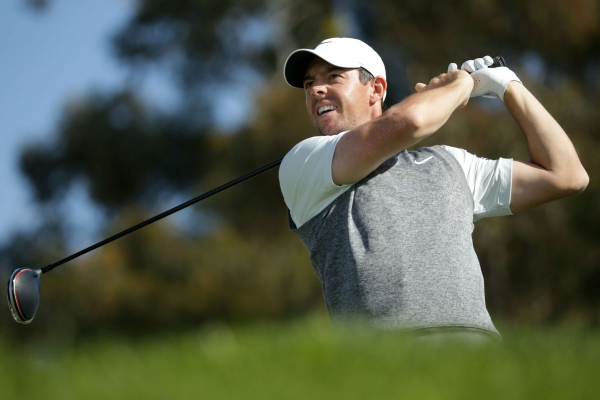 The PGA Championship is still a couple of weeks away, but until then, some of the world’s best will compete in the Wells Fargo Championship in Charlotte, NC. Rory McIlroy, Jason Day, and Justin Rose are just a few of the golfers in a field that is chalked full of talent.

Here is a little more about Quail Hollow Club, the history of the Wells Fargo Championship, as well as some names to keep an eye on this weekend.

Since this tournament’s inception in 2003, the home has been Quail Hollow Club in Charlotte. Designed by George W. Cobb and established in 1959, this Par 71, 7,600-yard course has undergone several redesigns over the years, including in the last five years in preparations for the PGA Championship in 2017.

Quail Hollow is considered one of the more difficult courses on the circuit. In fact, it ranked as the toughest Par 71 in a non-major in all of 2017-18. The biggest reason for that is due to the last three holes, affectionately known as the “Green Mile.” Sixteen is a 506-yard Par 4, where 29% of all efforts last year ended with a bogey. Seventeen is a 200-yard Par 3 with an island green, where there were more double bogeys than birdies in 2018. Then there’s 18, a hole with a narrow fairway flanked by bunkers on the right and a creek on the left before you have to hit an uphill approach shot onto a sloped green.

This tournament debuted in 2003 as the Wachovia Championship, then became the Quail Hollow Championship for two years in 2009 before landing on the current Wells Fargo Championship. It has taken place at Quail Hollow every year except for 2017, when the tournament was played at Eagle Point Golf Club in Wilmington due to the PGA Championship coming to Charlotte in August.

Last year, Jason Day used a big Saturday and Sunday to win the Wells Fargo Championship. Entering the weekend back a stroke, Day shot a 68 on Saturday to take a two-shot lead heading into the final round. He then overcame a windy Sunday to hold off runner-ups Nick Watney and Aaron Wise and secure the win.

The most notable past performance belongs to two-time winner Rory McIlroy, who in 2015 set a course record with a score of -21 and a seven-stroke margin of victory. Other previous winners include James Hahn in 2016, J.B. Holmes in 2014, and Rickie Fowler in 2012.

With a great four days of golf in store, here are some of the players who have a shot to win it all.

This may seem obvious, but the favorite to win in Charlotte has shown he can dominate this course. The only person to win this event twice, McIlroy is the all-time money leader at Quail Hollow and has six top-10s, not to mention his record-breaking performance in 2015. He also comes in leading the Tour in strokes gained: off-the-tee and tee-to-green. It would be a huge upset if he was not contending come Sunday.

Simpson is an interesting name to watch for two reasons. He’s from North Carolina and knows how this course plays, finishing as a runner-up here in the past. But he also comes in playing great golf, with seven top-10 finishes in his last 10 strokeplay starts. Ranking third on the Tour in scrambling, it seems to be a matter of time before Simpson finally gets a win.

Quail Hollow is typically a course where driving the ball far will definitely give a player an advantage. That’s good news for Phil, who’ll be able to drive the ball deep without worrying about a lot of rough or trees. He has made the cut in all 14 tournaments he’s played at Quail, resulting in eight top-five finishes. “Lefty” should be in contention all weekend.

One of the more underrated golfers on the Tour, Glover has 15 years of experience at this tournament. He won here in 2011, finished T2 in 2009, and has three additional top-10s. He has continued to play really well over the last year and a half, with 11 top-20 finishes in that time span. He’s someone worth taking a flyer on.

Former champs Day and Fowler should also be factors, as should two-time top-five finisher Justin Rose. But I’ll go with the hometown guy Webb Simpson to win his first Wells Fargo Championship.