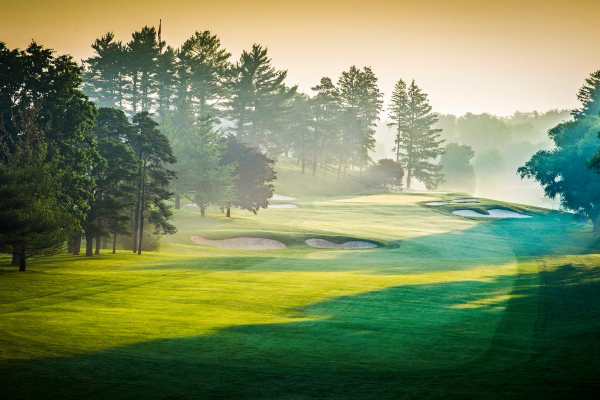 The PGA Tour shifts coasts, going from the ocean-side Pebble Beach in California to the middle of Connecticut. TPC River Highlands in Cromwell, Connecticut will host the annual Travelers Championship, a tournament that will be a much easier test for golfers than last week and could potentially lead to some crazy low rounds.

First, a little about the course. TPC River Highlands is a Par 70 that measures only 6,841 yards in length and has very few hazards. There are some tree lines and doglegs to navigate and some water in play on four holes, but assuming conditions are good, golfers will take advantage of the shorter length and Bentgrass greens that are very receptive.

Without further ado, here are some of the golfers to watch this weekend, both favorites and underdogs.

It took a record-breaking performance from Gary Woodland for Koepka to not win his third straight U.S. Open. Still, it was a great weekend for the world’s number one ranked golfer. And although there are some questions about his track record in non-majors, Koepka is good enough to win any tournament on any course.

Cantlay has been one of the most consistent golfers on Tour this season, with two top-10s in majors. Although he started slow at Pebble Beach, he managed to finish T21. He now returns to a course where he shot a round of 60 eight years ago. Cantlay could very easily get back on track at TPC River Highlands.

Spieth was hot and cold at the U.S. Open, much like how he has been this whole season. Fortunately for him, he has some experience playing in the Travelers Championship, including a victory in 2017. Spieth has had some trouble in his tee-to-green game, particularly hitting fairways, but the light rough here shouldn’t make it that much of a problem.

Casey has redemption on his brain. Last year, the Englishman led the field here after 54 holes by four strokes, but squandered his lead on Sunday and finished T2. Last year wasn’t a fluke, as he has had another T2 and T5 here in the last four years. With an average round score of 67.06 over those four years, expect Casey to contend yet again.

Day has been in a little bit of a funk, and last week turned to Tiger’s old caddie Steve Williams to help him break out of it. His last T20 came at Augusta when he finished T5. However, Day has two T20 finishes in two of last three starts at the Travelers Championship, so there’s a chance he can rediscover his elite form.

The wrist injury that kept Thomas out for a few weeks seems to be over and done with, but Pebble Beach was too much for him, resulting in a missed cut. Much like Day, he does have some experience at TPC River Highlands, finishing T3 in 2016 and shooting a 62 on the final day. He is inching closer to returning to the J.T. of old, and this week could finally be the start.

As the defending champion and three-time winner of the Travelers Championship, Bubba should be feeling good about coming back to TPC River Highlands. His form has not been the best since finishing T12 at Augusta, but if there’s any place on Tour for him to get on track, it’s here.

DeChambeau has had an inconsistent year but has shined with the putter as well as off-the-tee in recent weeks. He has made the cut all three times playing in Cromwell and can string together multiple birdies on a course that should see plenty of them. Expect a bounce-back from DeChambeau, and potentially more.

Hoffman is definitely a sleeper, but one you could make a decent case for. He has recorded four top 20s in the last three months and is 8-for-8 here with four top-15s since 2010. Based on recent form and course history, Hoffman makes a lot of sense as a contender.

With others like Francesco Molinari, Tommy Fleetwood, Chez Reavie, and Tony Finau in the field, it’s going to be a strong weekend of golf. I’ll pick DeChambeau to light up the course this weekend and win his first Travelers Championship title. The first round from TPC River Highlands tees off at 6:45 A.M. EST.