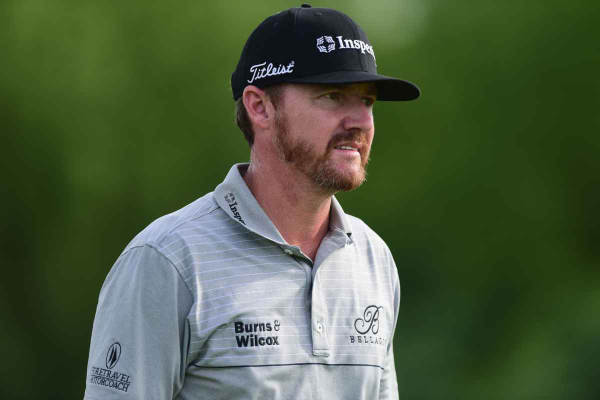 This week, the pro’s of the PGA will stop off just outside of the Nation’s Capital for the Quicken Loans National in Potomac, Maryland at TPC Potomac at Avenel Farm.  This is the second year that TPC Potomac at Avenel Farm has been the host venue for the Quicken Loans National and just the second time that this course has hosted a PGA event.

This event has been around since 2007 but as stated, last year was the first year being hosted at TPC Potomac at Avenel Farm.  Normally at a PGA event, there are 156 golfers that participate in the tournament but the Quicken Loans National is one of the “Invitational” events, which means that just 120 players will be entered into the tournament.

Last year, Kyle Stanley won the Quicken Loans National in a playoff with Charles Howell III.  Stanley ended up winning with a fairly low scoring affair, ending his tournament with a -7. Due to the fact it was the first time that a tournament had been played at this course, there really weren’t many course recommendations to rely on.  The course played very fast and proved to penalize for those that ended up missing fairways.

The course plays out at Par 70 and measures just over 7100 yards. The fairways are tight here at TPCPotomac and golfers need to be careful with their shots off the tee.  I don’t think you will see many drivers this week, as there are a ton of bunkers and plenty of water hazards. This course on an overhead view looks like an obstacle course and golfers must be cautious as those who end up missing the fairway are going to take a bogey, possibly even double bogeys.

The Quicken Loans National will all get started on Thursday morning, June 28 and run through Sunday, July 1, 2018.

The top bet for the Quicken Loans National is Jimmy Walker 30/1.  Walker didn’t play well at the US Open but I’m not really holding that against him as no one really shot spectacular that week. The course was a mess and I expect him to rebound nicely this week.  He has been hot all year and is on the verge of a win. This week might be the week! Does really well on this courses that require accuracy and has really good scrambling numbers, which will help him if he ventures off the path of the fairways.

Our longshot play of week is Kevin Tway at 75/1.  Tway played here last year and all though he didn’t finish well, he still gained experience.  He finished in 55th place last year and this year, comes into the tournament in much better overall form. Tway finished in 6th place last week at the TravelersChampionship and I think he is finally finding his swing.

My top fade this week is Tiger Woods.Woods simply hasn’t played well lately.  He came back earlier in the year and a lot of people got excited over the thought of Tiger back on the course but simply playing and winning are two totally different things.  This course is unique as it requires some accuracy and some distance. Those golfers that get out of their game mentally after missing fairways will not do well this week in Maryland. That is exactly what we’ve seen happen with Tiger lately, most recently at the US Open.  Tiger is the second choice for odds at 12/1 and I just don’t see him being competitive.