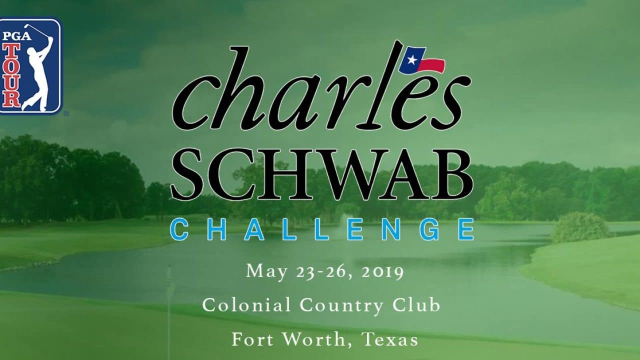 With the PGA Championship now in the rear-view, the Tour marches on to Fort Worth, Texas. This weekend, the golf world will shift its focus toward the Charles Schwab Challenge, played annually at Colonial Country Club. Here is what you need to know about this tournament, including the course, past winners, and some picks to win.

Colonial Country Club was started in 1936 by Marvin Leonard and designed by John Bredemus and Perry Maxwell. It was originally built as a 7,035-yard course, considered long for that era, but now is a Par 70 at 7,209 yards. It has hosted a few tournaments, including the U.S. Open in 1941, before becoming the permanent home of what is now called the Charles Schwab Challenge in 1946.

The course itself is located along the Trinity River, just northwest of Texas Christian University. You’ll find trees along most of the fairways, with 12 of the 18 holes doglegging one way or the other. The greens are a little bit smaller than you would normally find on the Tour, and sand traps run aplenty. If that wasn’t enough, water comes into play on a third of the holes.

But Colonial is most famous for the “Horrible Horseshoe,” the stretch from hole three to five that provides the greatest challenge to anyone who plays the course. Hole three is a Par 4 measuring 483 yards that is highlighted by a huge dogleg to the left that few can conquer with a driver. Hole four is the longest Par 3 on the course, where at 247 yards an elevated green makes sticking on the green difficult. And then there’s hole five, a Par 4 that goes 481 yards considered the toughest on the course, where a perfect tee shot is needed to avoid the ditch on the left and river on the right.

The Charles Schwab Challenge, originally the Colonial National Invitation and most recently the Fort Worth Invitational, is the longest-running non-major tour event held at the same site. So more than many other tournaments, history plays a great role in looking for future success at this tournament. Among those who have won here, Ben Hogan is the all-time leader with five wins. 10 others have won twice, including Lee Trevino, Ben Crenshaw, Phil Mickelson, and Zach Johnson.

Last year, it was Justin Rose who came out on top. Rose came back after a five-year hiatus from the tournament by shooting -20, defeating the runner-up Brooks Koepka by three strokes. The last few winners before Rose were Kevin Kisner (2017), Jordan Spieth (2016), Chris Kirk (2015), and Adam Scott (2014).

In a decent field, let’s look at some of the golfers to keep an eye on this week.

We’ll start with Rose, the defending champion and also the betting favorite. Last year, the Englishman shot -20, the second-best finishing score in tournament history. Now making his sixth appearance at Colonial, he comes in with inconsistent form, just like he did last year. But I expect Rose to rediscover some of last year’s success and be in the hunt.

Rahm is among three players with the second-best odds going in, but he puts together an interesting resume. Now making his third appearance, Rahm finished T2 in 2017 and T5 in 2018, averaging a 67.63 per round. He also ranks well off-the-tee and even better in Par 4 scoring average, two things that should make him a viable threat to win.

Now in his sixth appearance at Colonial, Casey has finished with two top 10s, most recently a T10 in his last visit in 2017. He has also played well this year with six top 10s overall. He is considered a great driver, ranking near the top of the Tour in SG: tee-to-green and driving accuracy. Driving well is essential to succeed at the course, and Casey has proved he can do just that.

This is a sleeper pick for sure, especially with big names like Jordan Spieth, Rickie Fowler and Francesco Molinari all in the field. But Reavie has finished T5 and T11 here before and comes into this week with three straight finishes in the top-30. And yet, the main reason Reavie is intriguing is due to his driving, where he is second on the whole Tour is driving accuracy. While he has yet to dominate this course and win, it is still one that looks tailored to him, making him someone who could surprise people.

Lots of interesting golfers are in the field, but I’m picking Rahm to win. He has been great in both of his previous trips here and has the driving needed to succeed. The first round of the Charles Schwab Classic tees off at 7:00 am CST on Thursday.