2021 U.S. Open Final Round Odds and Best Bets: Are Former Major Winners Where the Money Resides? 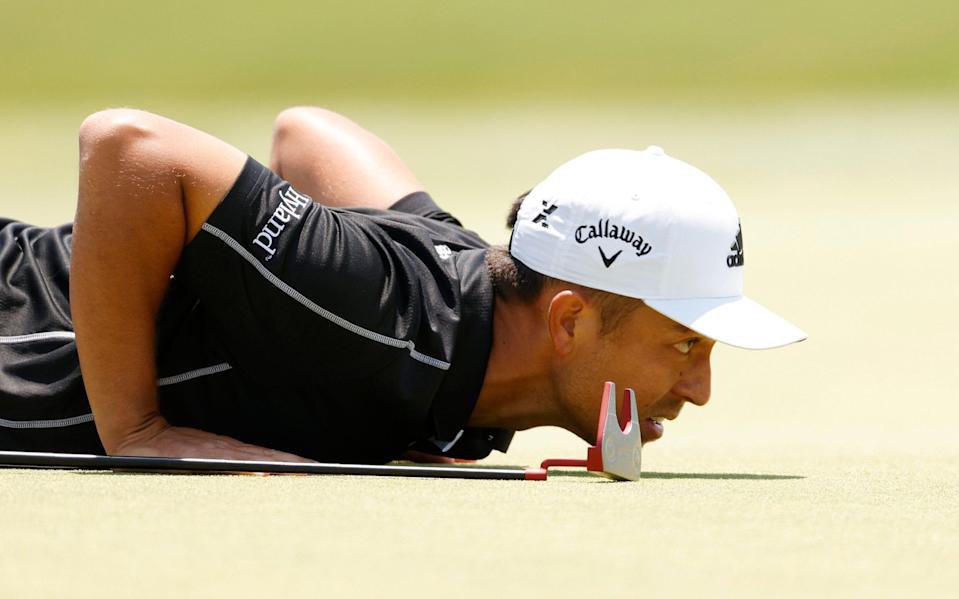 The final round of the 2021 U.S. Open shapes up to be an exciting one, with a combination of fresh faces and former winners in the mix to take the title today.

There is a three-way tie at the top of the U.S. Open leaderboard entering the final round, with Russell Henley, Mackenzie Hughes, and 2010 British Open winner Louis Oosthuizen all at 5-under.

Behind the top trio, several big names and former U.S. Open winners lurk. 2020 U.S. Open champ Bryson DeChambeau and 2011 champ Rory McIlroy are at 3-under and will be paired together for the final round. Both DeChambeau (68) and McIlroy (67) posted solid Saturday numbers to position themselves well for a Sunday charge.

The same can’t be said for pre-tournament favorite Jon Rahm, who shot a 1-over 72 yesterday. But at only three strokes adrift,

Speaking of number ones, the current world number one, Dustin Johnson, isn’t out of it either. Johnson and four others, including 2020 PGA Championship winner Collin Morikawa, sit at 1-under. Rounding out the top 20 is a seven-man group at even par, a group that includes two-time U.S. Open champ Brooks Koepka and former major winners Justin Thomas and Francesco Molinari.

Let’s take a look at the leaderboard, odds, and a few of the best bets for the final round at Torrey Pines.

Going with the favorite is not always the best move, but it is a worthwhile one here. Oosthuizen and Henley are the only two players in the field to shoot at least par in each of the first three rounds.

In addition to his British Open win in 2010, Oosthuizen has runner-up finishes at all four majors, and he has finished T7 and third in the last two editions of the U.S. Open. That experience and those near-misses will serve him well today.

If he can win, the 38-year-old Oosthuizen would be the oldest U.S. Open winner since Angel Cabrera, who was 37 at the time, won the tournament in 2007.

Rahm is a solid option to take the win, but there is also excellent value in him finishing in the top five.

In addition to the form he’s been in, Rahm has a history of high finishes at Torrey Pines. In addition to his win at the 2017 Farmers Insurance Open, he has finished tied for fifth, second, and tied for seventh at that event in the last three years. A double bogey on the 14th yesterday hurt, but he did finish his round with a birdie on the 18th. Even if he is unable to find his way to the top of the leaderboard, look for him to be in the top five when all is said and done.

As with Rahm, there is just too much value here to ignore, even though he hasn’t been at his best in the last two rounds. After opening with a 2-under 69, Koepka gave it back in the second round with a 2-over 73. He was on track to enter the final round under par, but two bogeys on the back nine hurt his hopes for a win.

But even when he doesn’t win, Koepka is such a frequent presence high in the leaderboard that it is more of a surprise when he doesn’t finish in the top five or top ten.

In 28 appearances at majors, Koepka has finished in the top ten 14 times, including 11 top-five finishes, three runner-up finishes, and four wins. If there is a best value bet of the day, this is it.

Like Koepka, Schauffele has fallen back a bit after opening with a 69. He shot even par in the second round, and he finished with a 1-over 72 yesterday. However, he enters the final round on the right foot after going 2-under on the last six holes.

This is a huge round for Schauffele, who was born in La Jolla and played high school golf at Torrey Pines. Earlier this year, he posted his best finish at the Farmers Insurance Open, tying for second behind winner Patrick Reed. He shot a 69 in the final round on the South Course in January, and a similar round would likely land him in the top ten–or better.

Based on his familiarity with the course and his history of high finishes at major tournaments, backing Schauffele for a top-ten finish is one of the smartest choices to make on today’s U.S. Open betting card. Additionally, backing him at +230 for a top-five finish should also be a heavy consideration. A lot would have to happen for him to win, but the +2700 for him to win also presents good value.