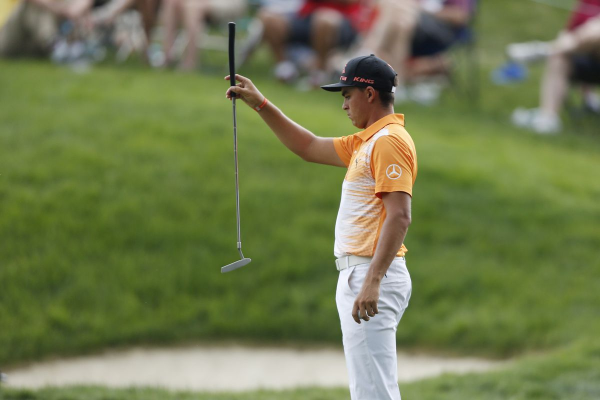 It’s that time, the third major of the year will take place this week, with The Open Championship. Many people refer to this tournament as the British Open, either of which are fine, and is the only major golf tournament that is played outside of the United States. This year, The Open Championship is being played at Carnoustie Golf Links in Angus, Scotland.

Carnoustie is a Par 72 golf course that measures 7,402 yards. There are plenty of hazards that will cause headaches for the pro’s and many of the fairways and greens border either a bunker or sand trap of some sorts. The most intriguing hazard they will encounter is the weather. Mother nature seems to be the biggest obstacle here in Scotland, and each year creates interesting play for the pro’s of golf.

One other thing to keep in mind. With most of the larger tournaments, there is regular cut of the Top 70 plus ties and then a MDF cut, which will get the tournament down under 70 golfers but this tournament does not utilize that style of play.

The Open Championship will all get started on Thursday morning, July 19 and runs through Sunday, July 22, 2018.

The top bet for the The Open Championship is Rickie Fowler. Fowler is having a great year. He is coming off a 6th placed finish at the Scottish Open last week and closed out the tournament very strong. That experience last week in the conditions will greatly assist him this week. Fowler has had decent experience here, playing in the British Open. Fowler has played in 8 straight Open Championship/British Open’s and has finished with a 2nd and a 5th place finish. He comes in this year in much better form and I expect a big week from him.

Our longshot play of week is Stewart Cink at 300/1. Cink has way too much experience and proven course history here, to be this high of odds. He is 300/1!!!! The man has already won a British Open and comes in fresh off a 23rd place finish at the Quicken Loans, a 2nd place finish at the Travelers and a 4th place finish at the FedEx St. Jude Classic. No chance he should be sitting at 30/1! Not with all those tidbits of info hanging around. For 300/1, where do I sign up?

My top fade this week is Francesco Molinari at +2800. Molinari has been playing fantastic, literally playing some of the best golf among any golfer in this tournament. He finished with two wins, two second place finish and a 25th placed finish in his last five tournaments. So knowing that, why would I fade it? Well, mainly because he doesn’t play well on links style courses. In the last 11 years, playing in The OpenChampionship, he has missed the cut four times and has only finished in the top 10, one time! He simply doesn’t play well here and he should be avoided!