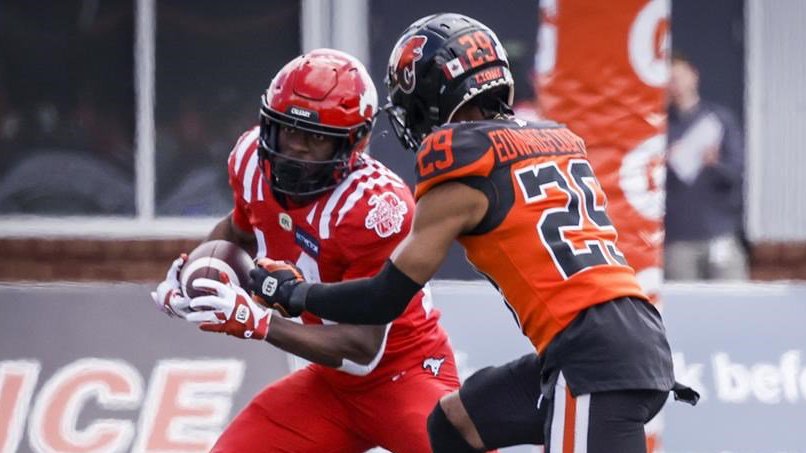 Week 11 of the 2022 Canadian Football League season came and went, leaving us one step closer to this fall’s playoffs. There’s still a lot of action to get through before the postseason is here, including another four exciting CFL matchups in Week 12.

Finally, the week concludes with an Ottawa RedBlacks (1-8) vs. Edmonton Elks (3-7) showdown at 7 p.m. ET on Saturday. As you can probably tell, the Montreal Alouettes are the only time with a bye week this time around.

Here’s a look at FanDuel Sportsbook’s odds for the CFL Week 11 matchups, as well as a prediction for each game.

Many fans are expecting this game to be the CFL matchup of the week and for good reason. Both groups are two of the best in the league, with the Stampeders having some momentum after a 22-19 victory over the Argos last week. Calgary’s comeback victory was led by wide receiver Shawn Bane Jr., who turned four catches into 129 yards.

Meanwhile, the Blue Bombers are hungry to bounce back after having their undefeated streak ended in their last outing in Week 10. Fortunately, Winnipeg already beat Calgary at IG Field earlier this season, defeating them 26-19 in Week 6. The Blue Bombers held the ball for 61.7% of the game, which they’ll need to replicate to win again.

Even if the Stampeders have the momentum here, I’m expecting the Blue Bombers to bounce back.

After a disastrous start to the year, the Tiger-Cats have slowly been turning things around. They’ve gone 3-2 since starting off 0-5 and nearly beat the Alouettes last week, ultimately losing 29-28. WR Tim White nearly won the game for his team by himself, hauling in 11 balls for 145 yards and two TDs.

The Argonauts have now lost back-to-back games, with one of them being a 34-27 loss to the Tiger-Cats. That was in Hamilton, though. The last time the teams met in Toronto was in Week 9, resulting in a 34-20 win for the Argos.

I think the Tiger-Cats are playing the better brand of CFL football at the moment, so give me them pulling off the upset.

Saskatchewan Roughriders vs. BC Lions Betting Odds and Prediction

This matchup is actually a rematch of a Roughriders vs. Lions showdown from last week. BC didn’t have much trouble handling Saskatchewan, walking out with the 28-10 victory. While the Lions are 2-0 against the Roughriders this season, winning on Saturday won’t be as easy as before.

Lions QB Nathan Rourke injured his foot last week and may not suit up again in the 2022 CFL season. Michael O’Connor, who’ll be taking over center, has completed 24-of-37 passing attempts in his career for 236 yards with one TD to an interception.

Even if the Lions aren’t as dangerous without Rourke, they’re still the better team and should walk out with the W.

The RedBlacks are out for revenge after being embarrassed on their home turf by the Elks last week. Though Ottawa led 12-9 at halftime, its offense disappeared in the second, getting outscored 21-0 in the final two frames.

Overall, the RedBlacks were outplayed across the board. It certainly didn’t help that their defense took five calls while the Elks’ defenders only took one. At the end of the day, the Elks are far from a great team, but they’ve looked a lot better than the RedBlacks lately.

In a game between a pair of basement-dwellers, I’m taking the under here.