Euro 2020 Group A Preview: Can Anyone Challenge Favored Italy? 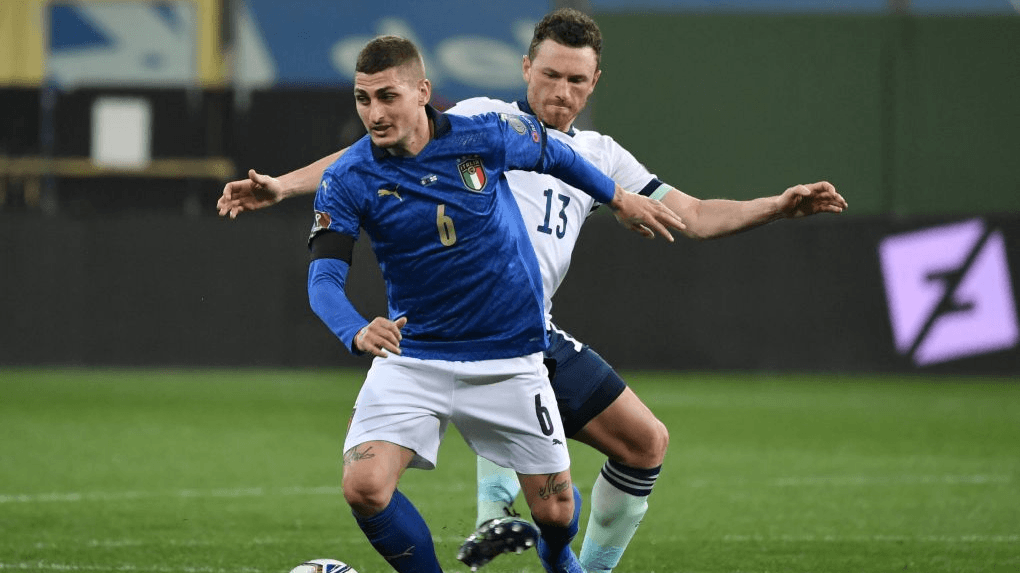 The forecast for Euro 2020 Group A expects Italy to comfortably finish atop the group. But can Switzerland, Turkey, or Wales at least make things interesting for the group favorites?

Odds to Win Group A

With the exception of a run to the Euro 2012 final, the 12 years following the 2006 World Cup win were not very good for Italy. It all culminated in a failure to qualify for the 2018 World Cup, which was the first time Italy failed to qualify for the Euros or the World Cup since they were absent from the Euros in 1992.

Enter former Manchester City and Inter manager Roberto Mancini. Mancini took over in May 2018, and he suffered losses in two of his first five matches. But since 1-0 UEFA Nations League loss to Portugal in September 2018, Italy has not lost. They enter Friday’s Euro 2020 opener against Turkey unbeaten in 27 straight games and with eight wins in a row dating back to last year.

Now we get to see if Italy has truly returned to the international elite. Italy’s best teams in recent memory have been exceptionally stingy, and that is the case with their current side. They have not allowed a goal in their eight-match winning run, outscoring opponents 25-0.

The one mark against Italy–and it is a rather noteworthy mark–is a lack of serious challenges. In their unbeaten run, the only truly notable opponents were the Netherlands (twice in 2020), Poland (three times in 2018 and 2020), and Portugal (once in 2018). Are they really good, or, to borrow a term from cricket, are they just flat-track bullies?

There’s probably a joke to be made about a correlation between Switzerland’s neutrality and their middling results in international soccer tournaments, but it’s for someone else to make.

Can they finally make it to a quarterfinal this time around? The talent is there. Benfica’s Haris Seferovic scored 22 league goals this past season, while a quartet of likely starters–keeper Yann Sommer, defender Nico Elvedi, midfielder Denis Zakaria, and forward Breel Embolo–reached the round of 16 of the Champions League this past this season with German side Borussia Monchengladbach.

While they may well not make a deep run, a runner-up finish in Group A could land them a favorable matchup with the runner-up in Group B. That is, if Group B favorite Belgium does as they should and wins the group.

Switzerland’s recent historical success rate with reaching the round of 16 in tournaments that have a round of 16 makes them good betting value. Their -175 odds to advance to the round of 16 offers solid value even at those odds, compared to group foes Turkey and Wales or some of the feast-or-famine sides in the tournament.

Euro 2020 marks only the fifth time that Turkey has qualified for the Euros, with their other appearances coming in 1996, 2000, 2008, and 2016. Their presence has been even more scarce at the World Cup, which they have not qualified for since 2002.

But when Turkey shows up, they often leave a big impression. Their failure to advance past the group stage at Euro 2016 was actually an outlier. In their previous three international tournament appearances, they reached the semifinals twice (2002 World Cup and Euro 2008) and quarterfinals once (Euro 2000). They also finished third at the FIFA Confederations Cup in 2003. As it happens, the manager who led them to those memorable finishes at the World Cup and Confederations Cup, Şenol Güneş, is the man behind their revival over the last couple of years.

And it does not hurt that their squad is full of recognizable names from top clubs around Europe. That includes goal machine and captain Burak Yılmaz, one of the elder statesmen of a youth-centric Lille side that ended PSG’s reign atop Ligue 1 this past season.

At Euro 2016, Wales was the surprise of the field, finishing third in their first continental or international tournament appearance since the 1958 World Cup.

Though their Euro 2020 squad features Gareth Bale, Aaron Ramsey, and several Euro 2016 squad members, it is a much younger squad overall. 14 of the 26 members of the squad are 24 or younger, while Bale and Ramsey are two of five players who are 30 and older.

Can this team pull off another surprise run? Their group is tougher than in 2016, when they finished top of a group that featured England, Russia, and Slovakia. The Euro 2016 run was marked by resilience and being difficult to break down. Those elements are still present. Wales allowed only six goals in eight Euro 2020 qualifiers and only one in six 2020/21 UEFA Nations League matches.

The big question is where goals and chances will come from. Bale’s star has faded, but he still scored 16 goals in all competitions for Tottenham this past season. Kieffer Moore, who plays in England’s second tier with Cardiff City, scored 20 goals this past season and netted the winning goal in a March friendly against Mexico.

This is a big opportunity for Manchester United attacker Daniel James. James could use a strong tournament as a boost ahead of a new season in Manchester or to make himself more attractive to summer suitors after a tough club stretch.

On paper, Wales to not qualify for the round of 16 is the way to go here, but it would not be a surprise if they beat either Switzerland or Turkey and give themselves a chance. A positive result against Switzerland is imperative. If they don’t get at least a draw, they are unlikely to advance.