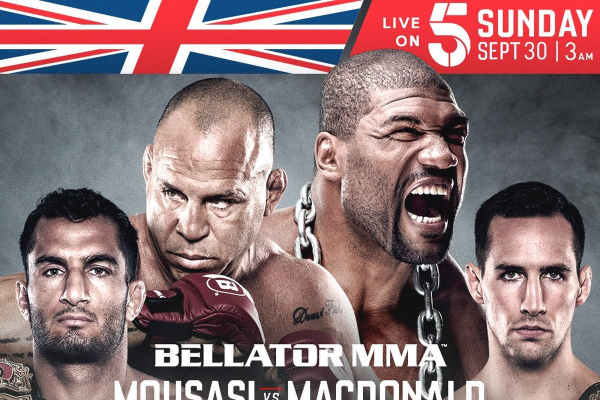 The 11th race of Belmont Park is not the most exciting race on the card on this Stars and Stripes day at the track.

But it is the last leg of the Pick 6, therefore we cover it for the benefits of readers who want a shot at a life changing prize.

Ending a Pick 6 program with a Maiden race is a classic ploy by organizers to make it more difficult to win. Today, as it often is, the last leg is indeed pretty difficult to read…

We are looking at a Maiden claiming race in a sprint Turf with a large field of 12. Only one horse makes his start today so thankfully we have some data.

Multiple chronic losers can probably be disregarded, but there are a few possible contenders in the field and, in a Pick 6, it is important to trim down as much as possible.

This race for New York state-bred is not the easiest to trim down but we have still identified the few horses which make the most sense on your Pick Six ticket.

Number 1, LAST CHANCE has started 8 times including 4 times at the same class level. He never placed better than 4th. This is however the first time that he tries a Turf Sprint. He was started in dirt sprints for the first few starts of his career before switching to Turf routes so today his trainer tries a mix of the two, maybe hoping for a miracle. LAST CHANCE has some early speed at the route distance and maybe he will try to take the lead here again and be favored by the shorter distance and the rail position. It kind of looks like a desperate attempt though.

Number 2 RIDOLFO ran in this class and distance last month at Belmont Park and could not have had an easier race. He dropped to the rail behind dueling horses and never was bothered or impeded in any way. If there was ever a good trip, that was it. Yet RIDOLFO had absolutely no pick up in the stretch and finished a tame 4th. With no excuse last time out and 3 failures at this class level, it is hard to pick RIDOLFO to win today.

Number 3, PEQUENO GRANDE drops back to Maiden claiming levels after trying out in a Maiden Special Weight 2 and a half months ago. He had a very good trip too and did not offer anything in the stretch. He finished 4th behind three horses who did not move on to bigger and better things, so it looks like it was a race where he should have done better. PEQUENO GRANDE took a long break and is not showing impressive workouts. It does not look like he will have progressed a ton and having soundly failed at the level in the past, he is not part of the contenders in my opinion.

Number 4, GHOST GIANT, tries the turf for the first time after 8 losses at Maiden level on a regional track. His pedigree does not scream Turf though… GHOST GIANT is technically going down in class but the 2 workouts since the last race are underwhelming and he moves to a much harder circuit. For his first race in New York, there are a lot of dark spots so it is probably better to pass.

Number 5 BLESSED HONOUR hasbeen blessed with 50-1 morning line odds by the Belmont Park track handicapper so needless to say his chances today do not look great. Unplaced in 8 Maiden tries, at various class levels, distance and surface, it looks like BLESSED HONOUR should try to go down a few more notches in class to have a shot. Today he can be disregarded.

Number 6, STAG OF SYLVIA finished his last race nicely but still came well short of winning at this level of class. Today he cuts down distance a lot and tries a turf sprint for the first time. It is unlikely that STAG OF SYLVIA will have enough early speed to be in contention at the stretch and nothing indicates that he can close strongly enough to overtake everyone.

Number 7, CASA RAE has early speed and might be able to grab the lead more easily than in his last few starts. He ran twice at the class level but on the Belmont Park Inner Turf track so maybe he will have an easier time today on the larger one? A terrible jockey is a bit less of an impediment when the coast is clear, but the terrible trainer is not encouraging. The early speed is generally a plus in Maiden races, so this might be the day CASA RAE breaks his Maiden but I would probably need more than the 12-1 morning line odds to take that bet.

Number 8, FROZEN DAIQUIRI makes his 4th start, cutting back in distance, but most importantly, after almost a year of vacation… It is possible that he has evolved in the year passed but he is working for a rookie trainer so a miracle is unlikely. The workouts are not bad nor good so it is anyone’s guess whether or not FROZEN DAIQUIRI is a completely different horse than he was a year ago. I don’t think he is.

Number 9, DREAM PASSAGE comes down to the claiming ranks from many tries at the Maiden Special Weight levels and that drop is a very strong angle. She experienced fairly bad trips being parked well outside in both cases yet closed strongly and came pretty close to winning both times. She takes on the boys for the first time, but it is a pretty weak field… DREAM PASSAGE has a prime chance today.

Number 10, WILD WILLIAM tries the distance and the class again but this time with Lasix added and with blinkers for the first time. We can imagine that WILD WILLIAM will start fast once again but starting from post position 10, he needs to go hard to grab the lead. Equipment changes and drugs can do miracles but his workouts are pretty weak since the last start. Not impossible and with long enough odds, that’s a valid bet

Number 11, MY MR. WONDERFUL is coming down in class after 5 unsuccessful tries at the Maiden Special Weight level. He ran outside throughout last time out on the Belmont Park Inner Turf which is difficult, but he still faltered pretty bad. Previously, he had the rail at the same track but was challenged hard for the lead. His challenger lost too but still had the best of him which is a bad look… One can hope that the drop in class can help and MY MR. WONDERFUL does have early speed which could be a plus here, even though he has to run all the way from the outside post…

Number 12, DOVE SHOOT is the only first time starter and works for a very hot trainer. He has very strong workouts and is entrusted to a very reliable jockey for this trainer. The trainer wins 50% of his first time out horses on the surface and distance. An unknown quantity but a major threat on paper.

A large field for the last race of the pick 6 with the most logical choices all parked outside.

This is not easy.

Most of the horses are chronic losers so it would be unlucky if they broke the spell today.

The most logical choices are the two horses coming down in class: DREAM PASSAGE and MY MR. WONDERFUL, with an advantage to the filly based on trip handicapping.

DOVE SHOOT runs for the first time for a killer barn so the strong workouts are quite encouraging. Winning first time out is hard though and being entered for a price tag straight away is not a sign of confidence in the horse’s talent. The field is relatively weak though so DOVE SHOOT certainly seems capable of besting it.