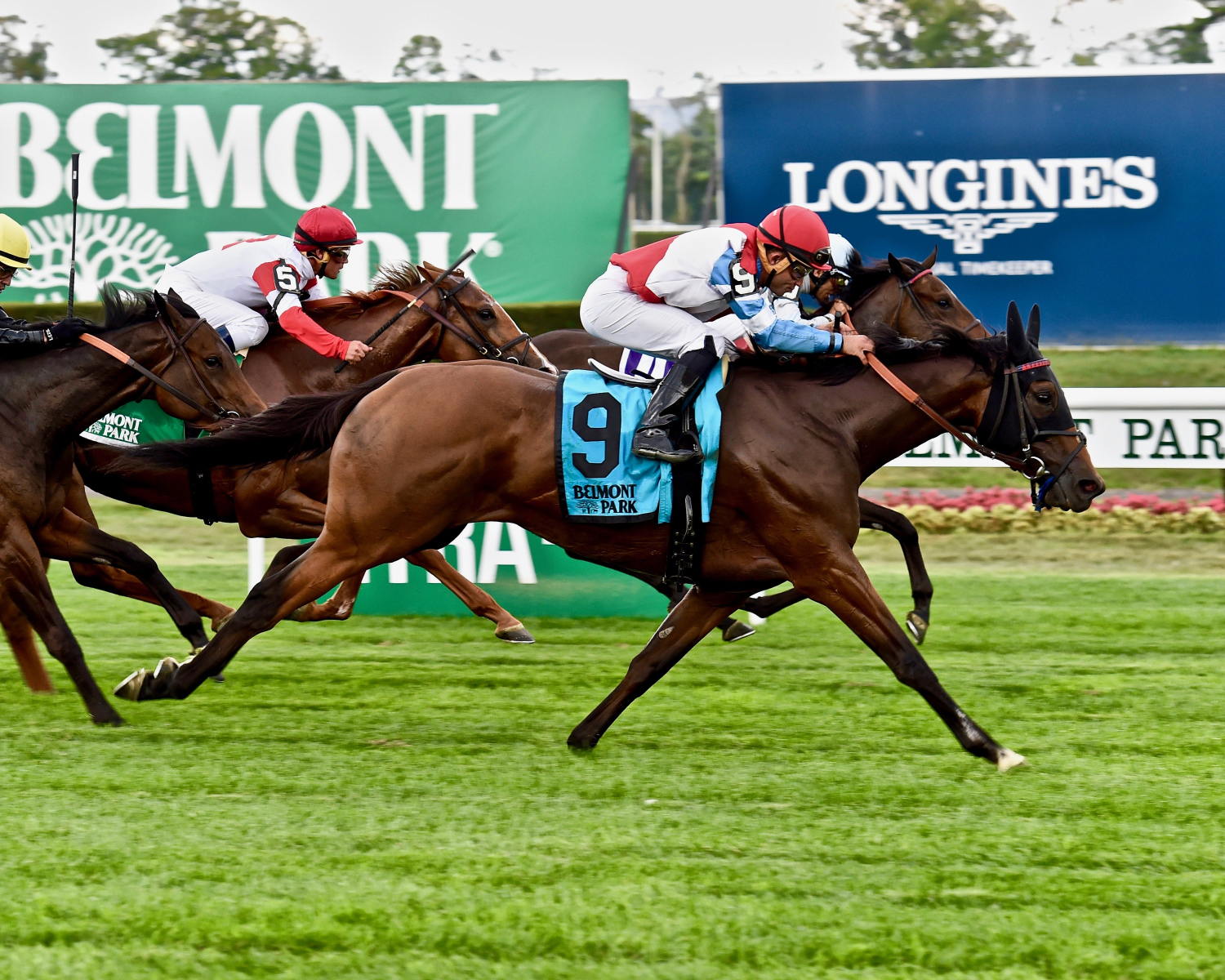 Friday the 13 is a day full of surprises and I expect that the favorites will be surprised here.

This is a claiming race for non-winners of two races so chronic losers are facing some horses who might have a decent career ahead of themselves.

The morning line odds favorite is a speedy horse who is likely to face some opposition for the lead and starting from gate 10 won’t make his race easier.

Some lightly raced horses have a good chance I believe and might go out at interesting odds.

If the luck is on their sides on this fateful day, they can produce a good payday for their backers.

Number 1, TIZ ALWAYS HIS WAY is stepping up hugely on claiming price and the reason why is a mystery to me… Nothing indicates that he was even capable of beating horses 4 times cheaper so why is his trainer entering him here today? If he found a magic potion for TIZ ALWAYS HIS WAY, good for his trainer, but betting on the horse today is a massive leap of faith.

Number 2, LA MAQUINA GRIS finally broke his Maiden on the 12th try, in a sprint where the early pace was pretty fast. He came back from behind to score a good win. If he can once again be patient and try to strike in the last furlong, maybe LA MAQUINA GRIS has a chance. But maybe he had a bit of racing luck last time? His recent good results all came after fast workouts and today he comes in with a very bad one so maybe he is not fit. On paper, it is not impossible for LA MAQUINA GRIS but I prefer others.

Number 3, GET GAME comes down to the claiming levels after failing a few times at the allowance class level. He comes back to the Belmont Park turf which is a good sign, considering that his best results took place right here. The distance should fit and maybe the return to the grass will help him progress? GET GAME has been rested for 2 months and does not post great workouts but at 12-1 morning line odds, it is not a bad bet that the return to the Belmont Park turf course will be good to him, coming down in class to boot.

Number 4, LINBURGH’S KITTEN is an early speed horse who just broke his maiden on this very track, at a longer distance. He maintained a solid pace throughout last time so the win and speed figure were no fluke. This is a shorter distance however, so he might even get more pressure this time and maybe crack in the end? I don’t like a pure speed horse on the turf but LINBURGH’S KITTEN obviously has some qualities. At 4-1 morning line odds, I don’t think the value is really there for a win bet, but it is a good idea to have him on the trifectas as he could very well last long enough to keep the podium.

Number 5 RIVER KNIGHT is one of those who could make the pace very hot in the beginning but who is likely to break down by the stretch. 45 starts, 1 win, no podium in 2018… RIVER KNIGHT earns his keep grabbing minor purses, usually after spoiling the pace for others. A second win lifetime might happen one day, but I am not betting on it today…

Number 6, DESERT LIGHTS broke her maiden on the sloppy track after the planned turf race was scratched. It was a nice win, having to swing wide coming from behind. The previous performance was not too bad either. DESERT LIGHTS is very lightly raced so could even have progressed so, against this field, he has a chance. He was claimed after the Maiden win and now works for a trainer who knows where to place his horses on the class scale. I like these signals and with 8-1 morning line odds, that’s great value in my opinion.

Number 7, RAPPEL makes his second start of 2018 after a 2017 campaign with no wins. The connections tried him at the ungraded stakes class level in 2016, allowance level in 2017 and maybe now realize that he will be better suited for claiming races. He came close late last year at Aqueduct on the inner turf racetrack so class wise, we can assume that RAPPEL has what it takes. That’s a lot of losses in a career though. Also, the trainer stats are not very impressive and the workouts neither. RAPPEL is not beaten on paper but at low starting odds expected, I will try to beat him today.

Number 8, STRONG SIDE. There is no rain on the forecast for New York on July 13, so the race should take place on the Belmont Park turf course as planned. STRONG SIDE should therefore be scratched and does not need to be handicapped.

Number 9, BOOTLEGGER cuts back in distance and cuts back in class on his second start for his new trainer. He is entrusted to a good jockey too, so these are encouraging signs. Trainer angles might be overplayed by the betting public though and statistically it is not such a likely win for BOOTLEGGER today, based on his trainer profile. BOOTLEGGER has raced the best running close to the lead, so I suspect that, cutting back in distance, he will be pushed early and maybe tire again after too much effort early. I prefer other longshots today.

Number 10, CHARNLEY RIVER will likely go out as the favorite and there are indeed some things to like: switch of trainer with hot stats, decent results at Belmont Park in his lifetime, good speed figures in the last 2 starts besides the losses. The bettors are going to love it. I think they will overlook a few negatives though… First of all, CHARNLEY RIVER is an early speed horse who starts from the post position 10 and therefore will have to travel quite a bit for the lead. He might also get some competition for it today… The last race, he had the easiest trip inside, never bothered behind a relatively hot pace and was unable to gain ground in the stretch. There was really no excuse in my view. He might be better on longer but given the pace and post position challenge and less than impressive record so far, I think that CHARNLEY RIVER is a favorite that can be beat.

The favorite is facing a daunting task in my opinion today and I will try to beat his odds. Other horses that the Belmont Park track handicapper thinks will be fancied by the betting public have serious shortcomings so today I will take a chance on less proven quantities.

DESERT LIGHTS makes only his third start and can progress after a good win on the slop. The running style might be favorable against probably hot pace and I think that the odds value will be very good.

GET GAME is a play based on class and running style and a return to a surface and Belmont Park track that he liked in the past. These changes can remake a horse and he deserves a second chance at high odds after disappointing races at the higher class level